The Anti-Mask League Of 1919: The Anti-Masker Movement That Cost The Pandemic Thousands Of Lives

(California State Library)
In 1918, the most deadly outbreak of influenza of the 20th century killed nearly 50 million people across the world and around 675,000 people in the United States. Ordinances aimed at keeping people safe varied from state to state, but the most prominent law of the era was the order to wear masks outside the home to prevent spreading the disease. Most people followed the rules and wore masks, but a group known as the Anti-Mask League argued that such orders were a violation of privacy and civil liberties.

San Francisco, Always Ahead Of The Curve

When the flu of 1918 broke out, one of the first cities to adopt mask laws was San Francisco. By October 1918, the city had 2,000 cases, leading the Board of Health to ban get-togethers. Schools and theaters were closed, and people were asked to avoid crowds of all kinds.
By October 25, San Francisco passed an ordinance that required everyone in the city to wear a mask every time they ventured out in public or gathered in groups of two or more. The masks could only be removed for the purpose of eating, and those who defied the ordinance were charged with disturbing the peace. It worked: Nearly 80% of the city's population followed the ordinance, and the rate of infection in the city soon flattened. 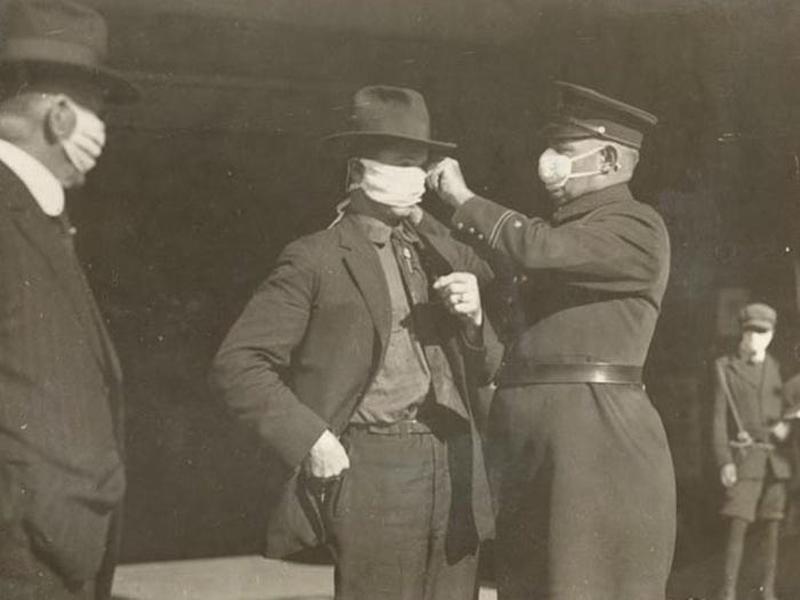 The pandemic took hold in the final days of World War I, affording those promoting mask use the opportunity to give the devices a patriotic spin and instruct citizens to wear them to protect returning soldiers. It didn't work as well as they'd have liked: When the San Francisco mandate was lifted on November 21, 1918, just a week after the end of the war, people threw their masks into the streets and cheered about never having to wear them again. Sure enough, by the end of 1918, the flu was back and worse than ever. In January 1919, city officials ordered the people of San Francisco to dig their masks out of the gutter, and this time, they couldn't appeal to their patriotism. 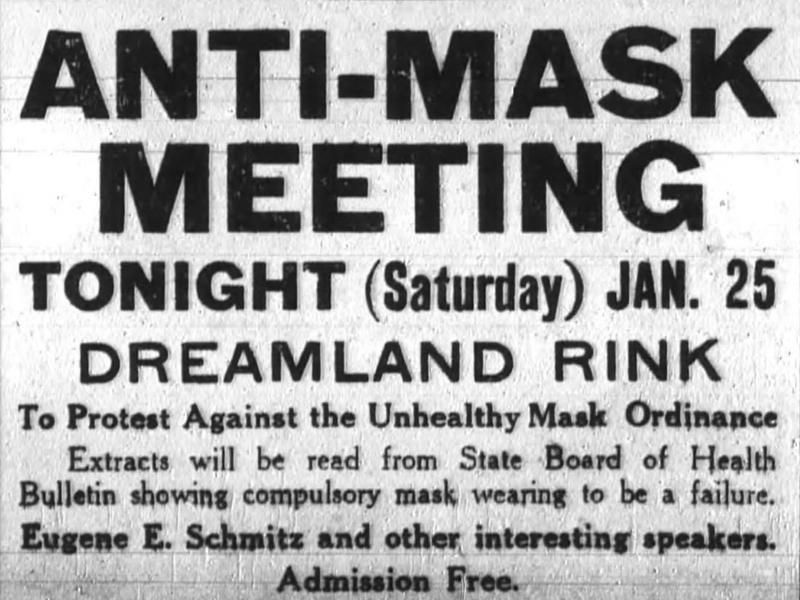 In 1919, a group of around 4,000 citizens of San Francisco calling themselves the Anti-Mask League got together to protest the order to once again wear masks. The group only made up about 1% of San Francisco's population, but they were incredibly vocal, arguing that gauze and cloth masks weren't an effective means to prevent the spread of the flu. Looking back and comparing the data on the city's infection rate to the timeline of mask requirement, we know they were wrong, but the city didn't have that data yet. Nancy Bristow, chair of the history department at the University of Puget Sound, explains:

Today, we can look back and see that they flattened the curve and the communities that did enforce much stricter regulations and for a longer period of time and began earlier had lower death rates. But they didn't have that data tabulated yet, so I think in the aftermath, it wasn't as clear that what they had done had been effective. 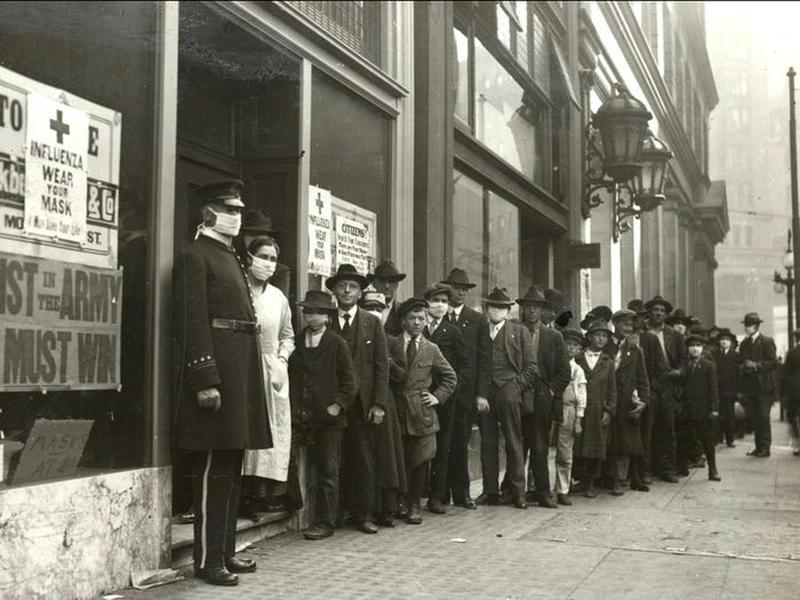 As the controversy raged on, tensions grew between the city officials and the Anti-Mask League. Even Mayor James Rolph, who had been fined for not wearing a mask, begged the AML to give up the fight, arguing:

We should give our minds to serious matters instead of fighting the little inconvenience occasioned by the wearing of a mask for the protection of the general public ... Do you think I am going to stultify myself here against the wish of 99.5% of the doctors; against the officials of the Army and Navy?

Unfortunately, his cries fell on deaf ears. The AML held maskless gatherings and carried out letter-writing campaigns to convince officials to repeal the order, and on February 1, 1919, they got their wish. 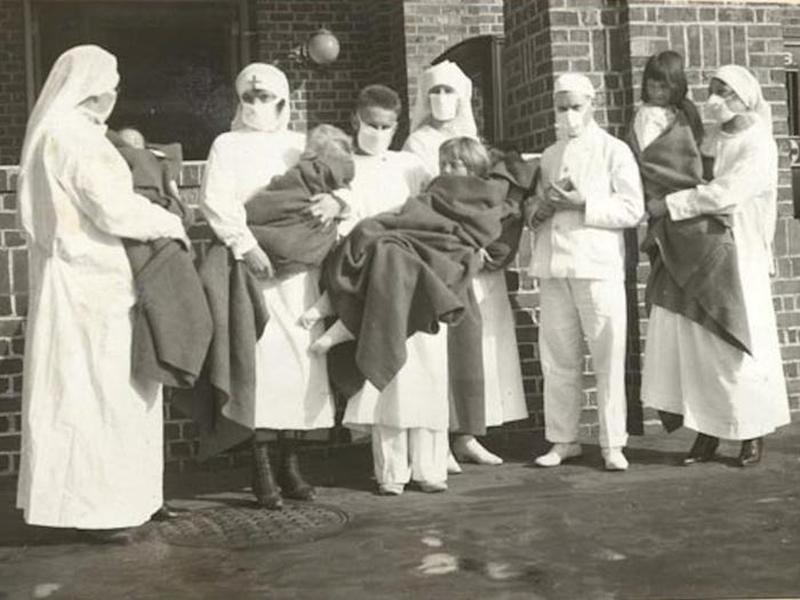 Despite the celebrations of the Anti-Mask League, things didn’t go back to normal. By the end of the year, 45,000 people in San Francisco had been infected with the flu and 3,000 people had died from it, giving the city the 13th highest number of deaths out of 66 major U.S. cities. Meanwhile, the Anti-Mask League pretty much disbanded after mask requirements were removed. Incidentally, there's no data on how many members of the AML contracted the virus at their close-quarter gatherings.
Posted by free heip at 00:18