(Allan Ramsay/Wikimedia Commons)
In the story of America's birth, King George III is painted as the enemy, an antagonistic monarch who attempted to keep a stranglehold on fledgling colonies yearning to breathe free. But what was actually up with King George? Sure, he was a tyrant given to fits of mania that left him literally foaming at the mouth, but his arrogance eventually led to the creation of the United States, so if nothing else, he deserves a thanks for that.

When George III took over the crown in 1760, he was initially a welcome presence on the throne. The Seven Years' War was winding down, and the end of a war is always a thorny situation for an incoming monarch, but George managed to secure a peace agreement to end the war and net all of France's territories in mainland North America on the side. Pushing France out of North America, he reasoned, ensured the growing colonies would have no backup if they decided to do something crazy like revolt. He'd had quite enough war, thank you. 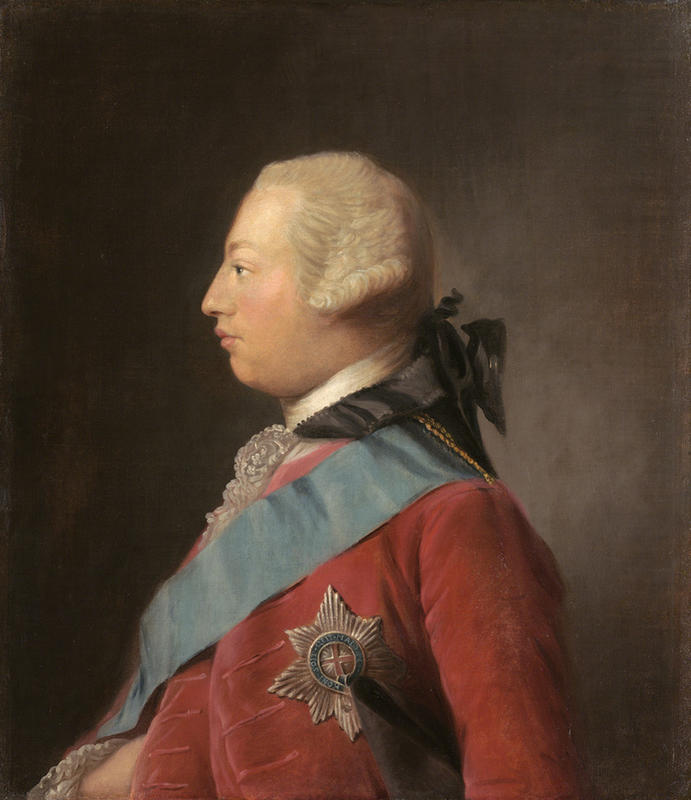 In 1765, Britain's Parliament passed the Stamp Act, taxing all paper and documents purchased by British colonies in America. Basically, if the colonists wanted to use any kind legal paper, they had to use this specifically stamped document. It cost more money than the colonists could throw around, what with trying to settle a new land and all, and that's because Britain was broke. Following the end of the Seven Years' War, the king and Parliament decided to rebuild their finances by making new taxes and raising old ones, and the Stamp Act was specifically create to pay for the troops guarding peace between Native Americans and the colonists. Even so, the colonists hated the Stamp Act, and when it was announced that anyone who refused to pay the tax would be tried and convicted without a jury in vice-admiralty courts, they revolted. Colonial resistance to the tax was so vitriolic that Parliament repealed the act the next year without ever formally instating it. They then immediately passed the Townsend Acts of 1767, which taxed not just paper but everything from paint to glass to tea.

The colonists weren't wild about all these new taxes being implemented without their input, and being of British origin, the tea was really the last straw. On December 16, 1773, colonists conferred at Boston Harbor and threw 342 chests of tea into the water, an act that was seen as one of the most important moments of the American Revolution.
George didn't love that all of that tea was wasted, especially because Britain was hurting for cash. To put the colonists in their place, he closed Boston Harbor until the destroyed tea was paid for, declared martial law in Massachusetts, and ordered colonists to board soldiers in their homes. 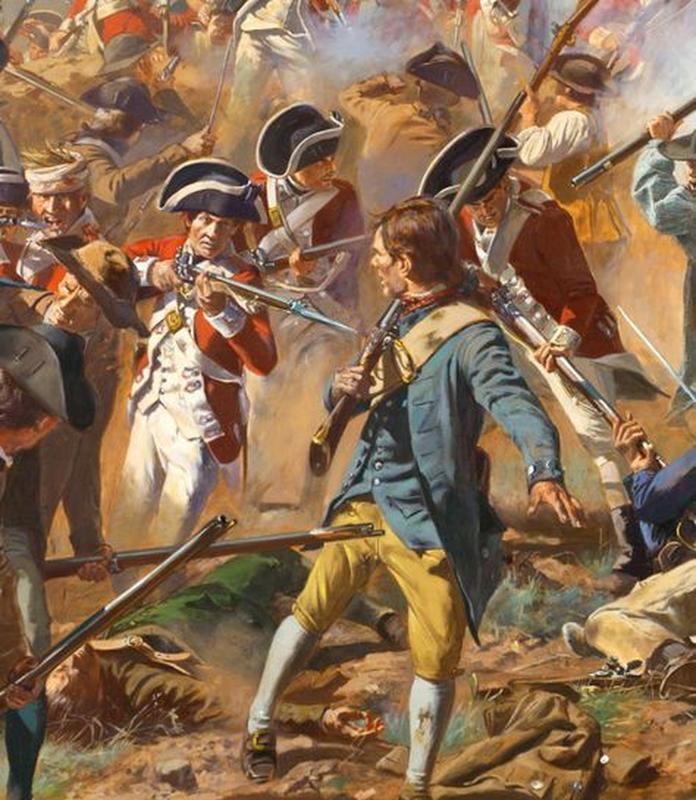 King George did everything he could to break the colonists down and make them feel the expense of doing battle with a world leader. Aside from all the concrete ways he made them feel his wrath, he continued to refer to the revolutionaries as his subjects just because he knew it got on their nerves. He had resolved "never to acknowledge the independence of the Americans and to punish their contumacy by the indefinite prolongation of a war which promised to be eternal," according to Victorian author George Trevelyan, desiring to "keep the rebels harassed, anxious, and poor until the day when, by a natural and inevitable process, discontent and disappointment were converted into penitence and remorse." 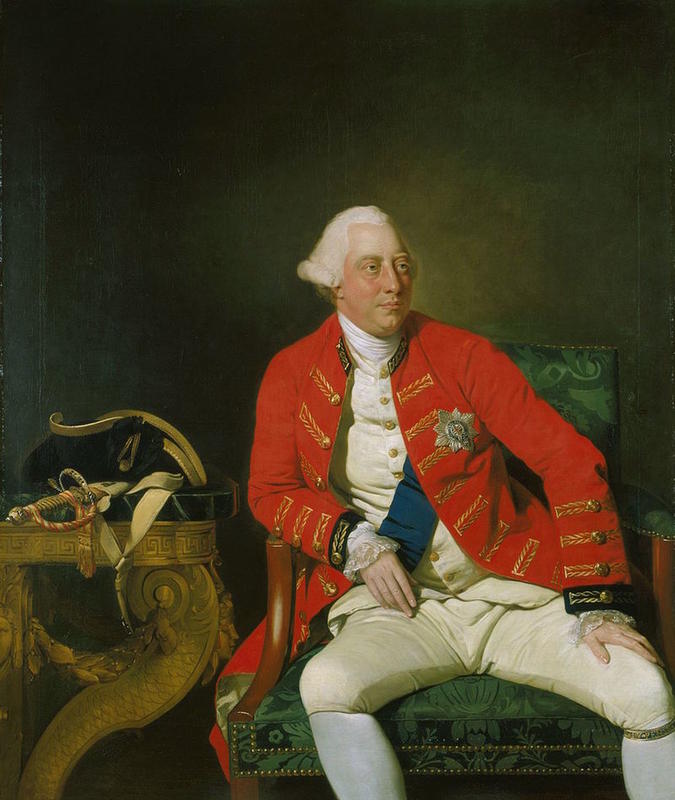 When the Declaration of Independence was signed on July 4, 1776, George was suspiciously quiet on the matter. It turned out he was busy raising the funds and pushing the military to take down the colonies, but on October 31, he finally shot back at the colonists in a speech to Parliament. In his address, the King dismissed the revolutionaries as nothing more than power hungry, announcing that "daring and desperate is the spirit of those leaders, whose object has always been dominion and power, that they have now openly renounced all allegiance to the crown and all political connection with this country."
Even though George wanted nothing to do with the colonists following the war, his commander-in-chief of British land forces in the colonies, William Howe, hoped that he could convince them to rejoin the British empire. When that didn't work, the war continued for another four years. 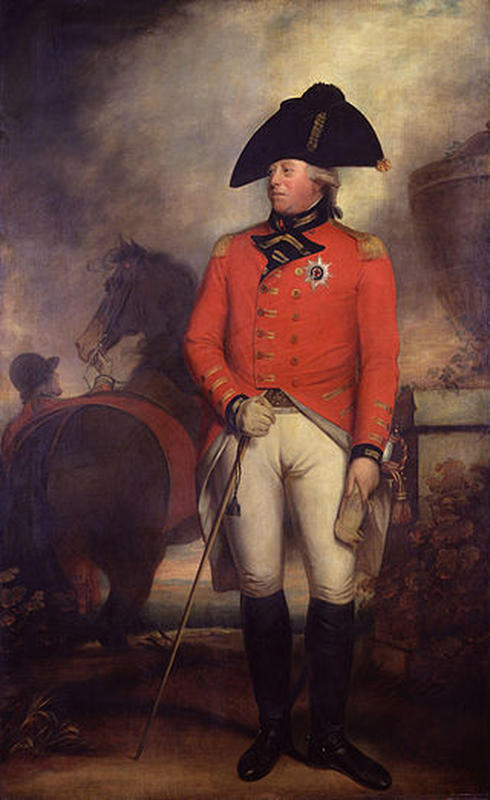 The final three years of the Revolutionary War were costly on both sides of the battle, but despite the superiority of the British military, colonial troops led by George Washington and their French allies pushed through their immense hardships, surrounded the British at the Battle of Yorktown, and put an end to the British military's American campaign. Following the Treaty of Paris in 1783, the king finally accepted his fate and agreed to treat the Americans as equals after besting him on the battlefield. In 1785, he told John Adams:

I wish you, sir, to believe, and that it be understood in America, that I have done nothing in the late contest but what I thought myself indispensably bound to do by the duty which I owed to my people. I will be very frank with you, I was the last to consent to separation; but the separation having been made, and having become inevitable, I have always said, as I say now, that I would be the first to meet the friendship of the United States as an independent power.