The Worst Things Missionary Junipero Serra Ever Did

The statue of the Roman Catholic Spanish priest Junipero Serra is pictured in Palma de Mallorca on June 22, 2020, after it was daubed with graffiti reading "Racist." (Jaime Reina/AFP via Getty Images)
In the wake of the Black Lives Matter protests that have erupted across the United States, angry protesters have attacked and torn down statues and monuments that were erected to honor historical figures who played a role in the suppression of others, such as Confederate military figures, former slave owners, and Europeans who colonized lands in the Americas. In California, some of the statues that have been targeted by protesters depict the founder of the state, Father Junipero Serra. While schoolchildren are taught that Serra was a benevolent figure who helped the Native Americans fend off the Spanish, the reality is that Father Junipero Serra was more than deserving of his present-day vilification. 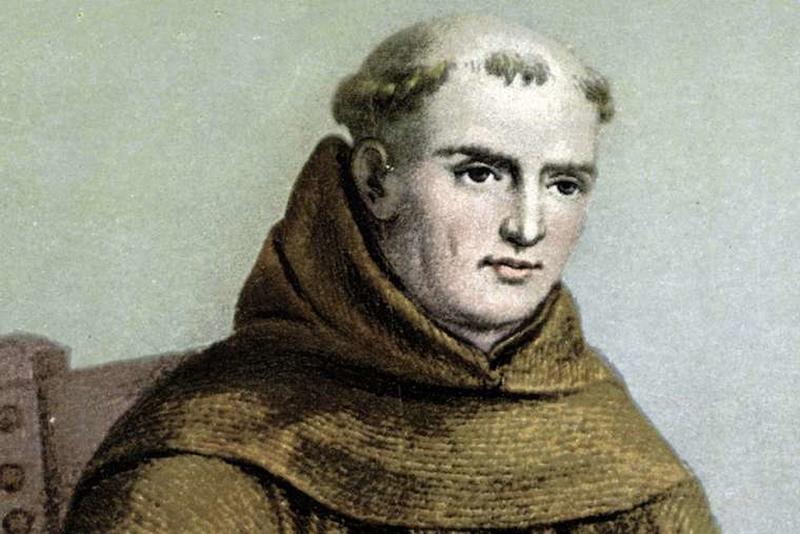 A Franciscan priest, Father Serra was a founder of California. (catholicnewsagency.com)


Who Was Father Serra?

Junipero Serra was born on the Spanish island of Mallorca in 1713. Raised in a poor family, his father sent him to be educated at the local Franciscan school, where Serra proved to be a bright student who excelled in his studies. As a teen, he joined the Franciscan order and later became a priest. He taught at Lullian University as a professor of theology but longed for missionary field work. In 1749, he joined a group of Franciscans on a trip to Mexico City to convert the native people to Christianity. 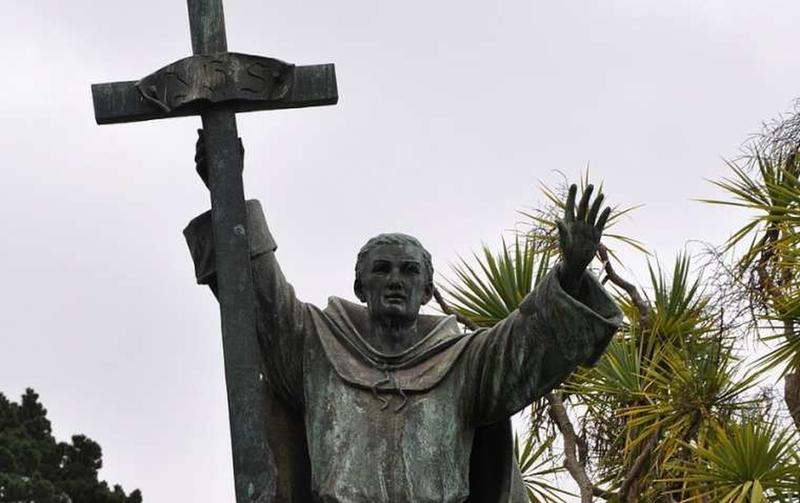 Junipero Serra ministered to the indigenous people of Mexico for 15 years and helped establish the College of San Fernando in Mexico City, but in 1767, he was tapped to lead a group to the region that is now California to establish a series of missions. The goal of this assignment was, of course, to convert the Native American population in the area, but there was an ulterior motive, too. Establishing a Spanish presence in the region would prevent Russia from laying claim to the Pacific Coast of North America. Junipero Serra helped found Mission San Diego de Alcalá in 1769 as well as at least eight other missions up the coast, all the way to the San Francisco Bay, before settling down into his permanent headquarters at Mission San Carlos Borromeo de Carmelo in Carmel, California. 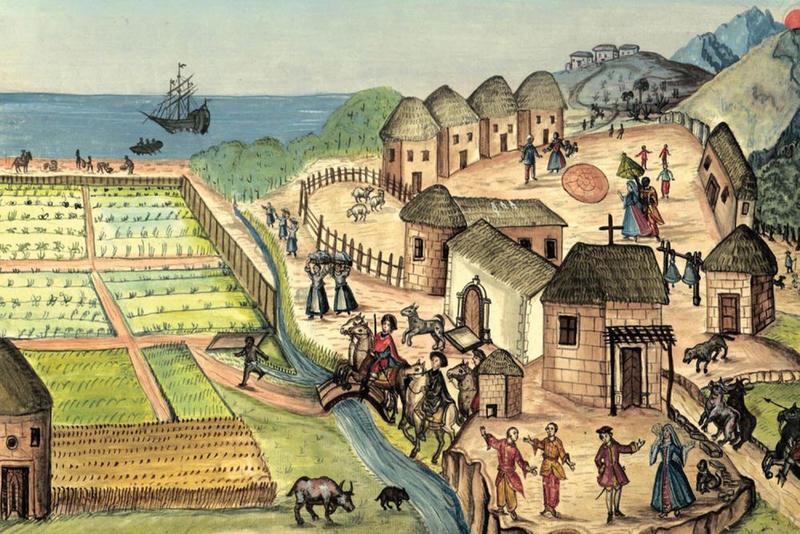 Native converts who tried to flee the missions were hunted down. (wbur.org)


Serra Was One Tough Guy

By the time Father Serra founded California's missions, he was about 50 years old, but although he was elderly by the era's standards and slight of build, he was one tough guy. He traveled mostly on foot and practiced extreme fasting and self-mutilation to appease God, including the donning of a shirt embedded with sharp wires that ripped his skin, burning his skin with fire, and whipping himself. Committed to the cause of conversion, he introduced Christianity to thousands of Native Americans. 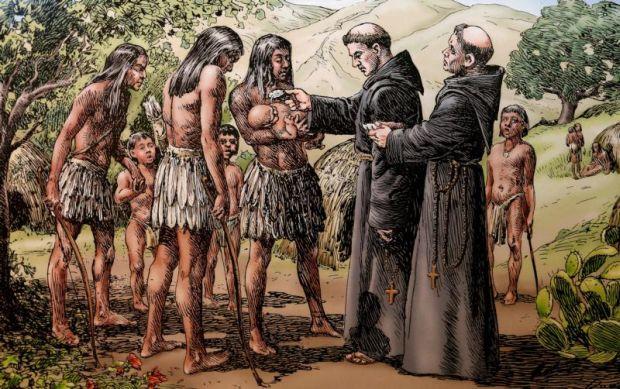 Serra had the financial resources to control the region. (catholicphilly.com)

The battle for California was fierce, and Father Serra often clashed with leaders of the Spanish Army over authority of the region. He sent word to the mission in Mexico City asking for financial resources to keep the Spanish Army at bay, and with the backing of the Franciscan missionaries, Serra reigned victorious.
Under Father Serra's control, the missions of California owned all the cattle and grain that was produced in the region. This gave Serra tremendous economic power, which he used to force the Native Americans into submission. Anyone who refused to toil in the fields to produce grain for Serra and his men was threatened with starvation, and if they still stood their ground, they were just beaten. 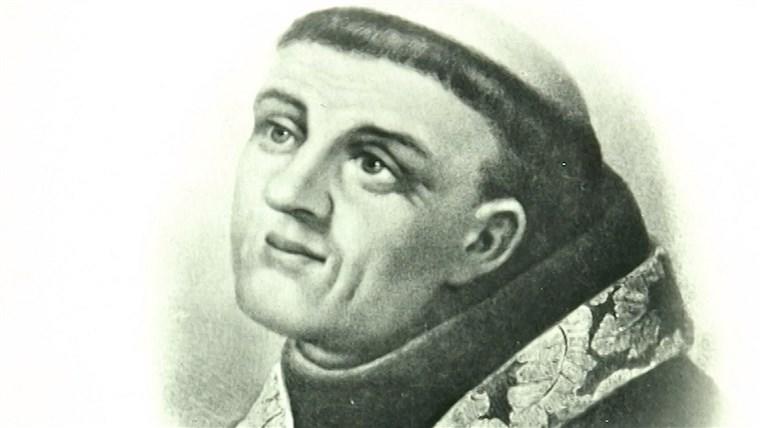 Was Serra a saint or a sinner? (nbcnews.com)

Perhaps the worst part of Father Serra's colonization efforts was the European diseases that he and his men brought with them into California. The native population had no natural immunity to these diseases, which decimated their population in California. Since Father Serra kept the people at near-starvation and subjected them to brutal working conditions, they were in such poor health that they could not fight off the illnesses. 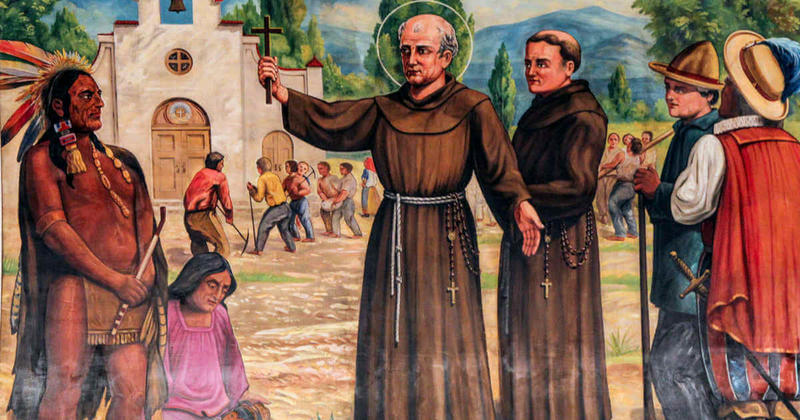 Native Americans were forced to convert to Christianity. (mycatholiclife.com)

Although myths about Serra claim the Native Americans willingly accepted Christianity, they were often forced at gunpoint to convert. If they were hoping conversion would end their troubles, they were tragically mistaken: Converts were forced to pledge their obedience to Father Serra and the Franciscans, and any deviation from the rules resulted in beatings, imprisonment, and hard labor. If they tried to flee the region, Serra's forces hunted them down and brought them back to face harsh punishment. 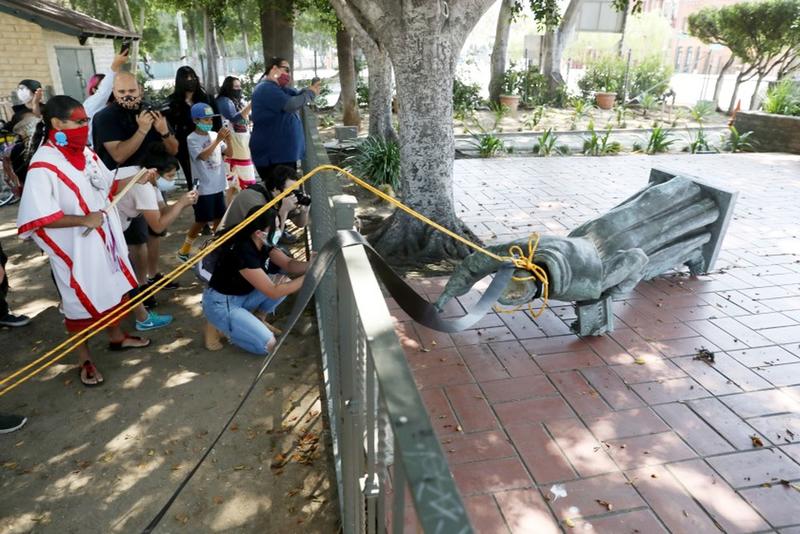 The legend of Father Serra portrays him as a hero to the natives of California. Several statues and monuments have been erected in his honor, but as the true horrors of Serra's rule have emerged, Californians have begun to rethink their reverence for the colonialist. In recent years, they've petitioned to remove monuments honoring Father Serra and reeducate their fellow citizens about the devastation brought about by European missionaries.