(Pinterest)
Imagine being nine years old and, while all the other children experiment with booger sculpture, creating your own language while studying experimental mathematics at Harvard University. What a life you could lead! William James Sidis actually lived that life. As a child prodigy in the early 20th century, he was notable for reading the newspaper before he could walk and getting accepted to one of the most prestigious universities before he was a teenager. Sidis's life is fascinating, but it's also a cautionary tale for anyone who's set apart from the pack.

Born on April 1, 1898, William James Sidis practically exited the womb with a book in his hand. His parents, Boris and Sarah, were accomplished academics from the Ukraine determined to create a super genius from scratch, filling young William's tiny head with a variety of knowledge before he could so much as tie his own shoes. Whether or not you think it's appropriate to push academia onto a child only a few months into its life, it's hard to argue that it didn't work. William was reading The New York Times by 18 months but soon got bored of the English language. By the age of eight, having already learned multiple languages, he created his own called Vendergood, based in Latin and Greek with a splash of the Romance languages. 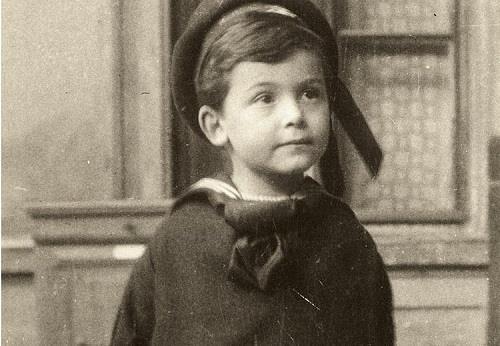 When he was nine years old, Sidis's father tried to enroll him in Harvard University, but the school balked at the concept ... for two years. He was finally admitted at 11 years old, making him the youngest student to ever attend Harvard, but his years at the school weren't the intellectual paradise you might imagine. The other students treated him like a freak and refused to take him seriously even after he gave a lecture to a group of mathematicians on the topic of four-dimensional bodies. The New York Times noted that while it was impossible to understand what Sidis was talking about, it was clear that he'd become quite the young professor. He used advanced vocabulary, dressed like a little teacher, and even checked his watch as he finished his presentation. He earned a bachelor's degree when he was only 16 and vowed to live a private, celibate life in pursuit of education. 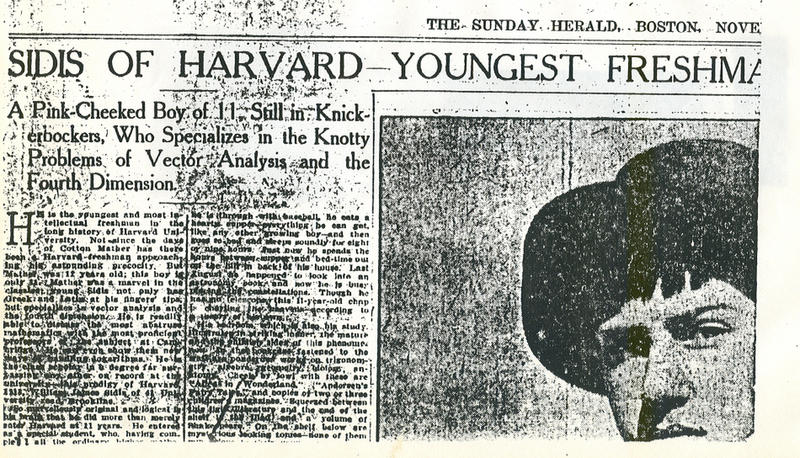 While Sidis was at Harvard, his parents moved to Portsmouth, New Hampshire to open a sanatorium for "nervous patients," leaving William to fend for himself in the university dorms. Living alone among his fellow students, who played cruel pranks on him and tormented him about his lack of knowledge of women, filled him with a deep rage and misanthropy that stayed with him long after he angrily abandoned the dorms for a boardinghouse on Brattle Street. In 1914, he told the Boston Herald, "I have a quick temper; ergo, I will not mingle a great deal with the fellows around me, then I shall not have occasion to lose my temper." 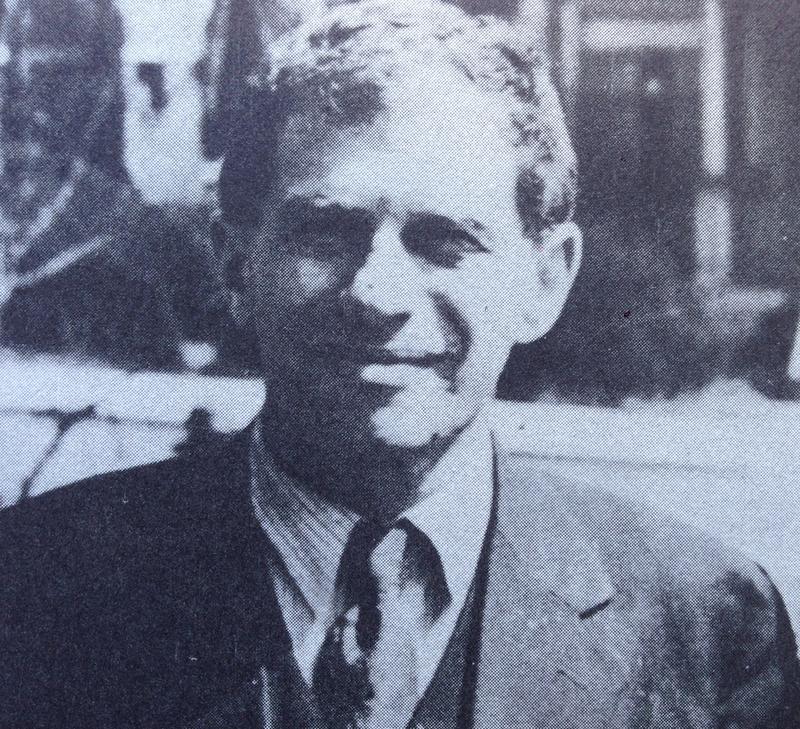 After a brief stint as a teacher at Rice University when he was 17 years old, Sidis returned to Boston, where he tried to reinsert himself (albeit halfheartedly) into Harvard life. He withdrew from law school before graduating, and after taking part in a May Day parade in 1919, he was arrested for leading a violent ring of protesters. It's not clear if he actually did it—he wasn't known to be violent—but he stood trial for violating the Sedition Act, a law that gave the government the right to arrest someone for committing a broad range of offensives that were seen as anti-American. During his trial, Sidis explained that he was a socialist who didn't believe in God and a conscientious objector to World War I. He was sentenced to 18 months in prison, but his father convinced the district attorney to let Sidis stay out of jail until the family could appeal the case. In the meantime, Sidis was held in his parents' New Hampshire sanitarium before being sent to a sanitarium in California, where he lived for a year. 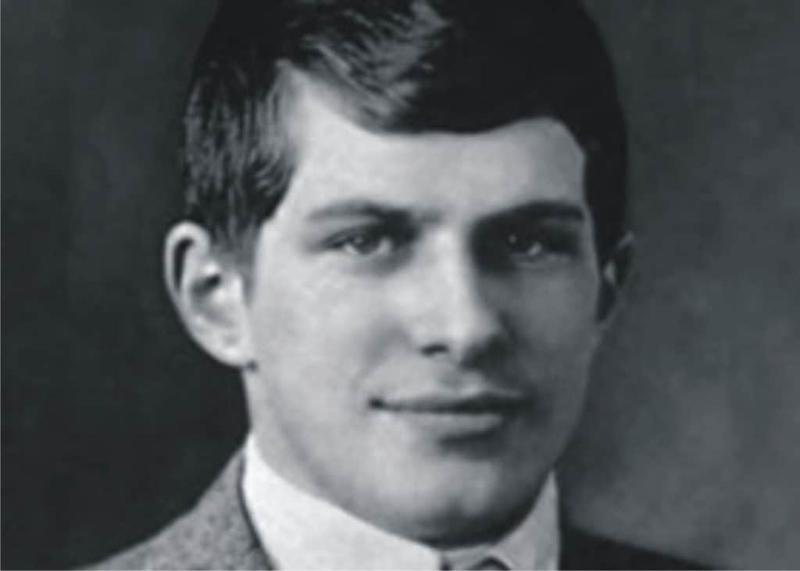 After his release from the sanitarium in 1921, Sidis hoped to leave the Socialist and Communist Parties behind him. Rather than return to Boston and a life of academia, however, he absconded to New York City and took the most menial jobs he could find. Understandably shy about meeting new people and cautious of being arrested again, Sidis avoided most people and ignored his parents. They did abandon him as a teen and then throw him in the psych ward, after all. If anyone he worked with realized that he was the bright young boy who wowed Harvard University, he quit whatever odd job he was working and moved on to something else. 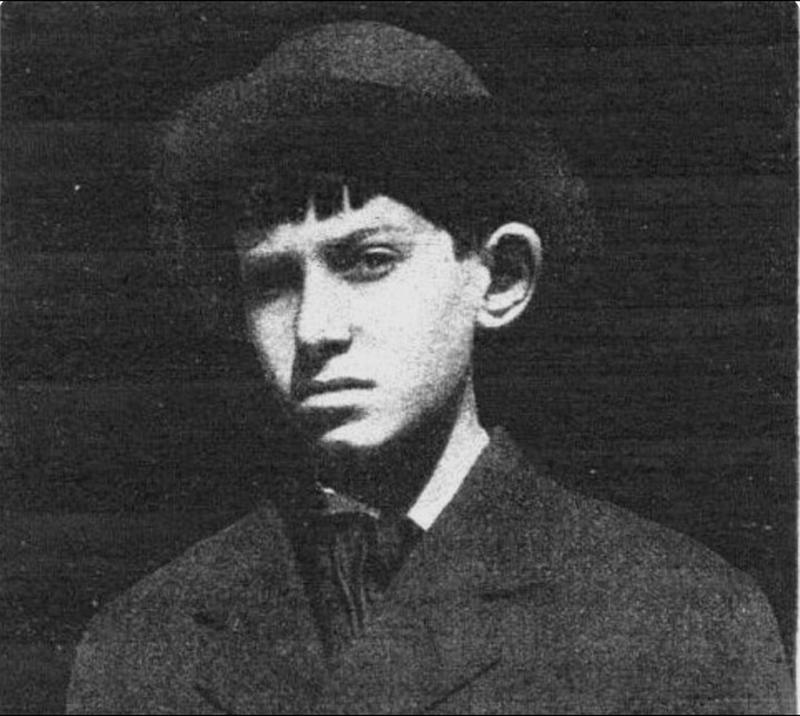 With an IQ rumored to be somewhere between 250 and 300, Sidis was believed to be more intellectually advanced than even Albert Einstein and Isaac Newton. Even so, he lived his final years as a recluse, feeling that his life as a young genius was meaningless and intelligence tests were "grossly misleading." By the 1930s, he stopped working on mathematical equations and began collecting streetcar transfers while self-publishing various periodicals and journals under pseudonyms.
If he was hoping the torment from the public and the legal system would end once he went into hiding, however, he was tragically mistaken. In 1937, The New Yorker published an article titled "Where Are They Now?" that poked fun at Sidis, claiming that he lived in a "hall bedroom in Boston's shabby South End." Sidis filed a libel suit against the magazine, but in 1940, the United States Court of Appeals for the Second Circuit ruled that because Sidis was famous as a young person, he'd always be famous, and the case was dismissed.
By the early '40s, Sidis was writing a weekly column for The Absolutist under the pseudonym Parker Greene as well as a host of other pen names. His articles touched on conscientious objection, World War II, and a variety of his personal concerns. In 1944, when he was working as an office clerk, he quietly passed away from a cerebral hemorrhage at the age of 46.
Posted by free heip at 06:22