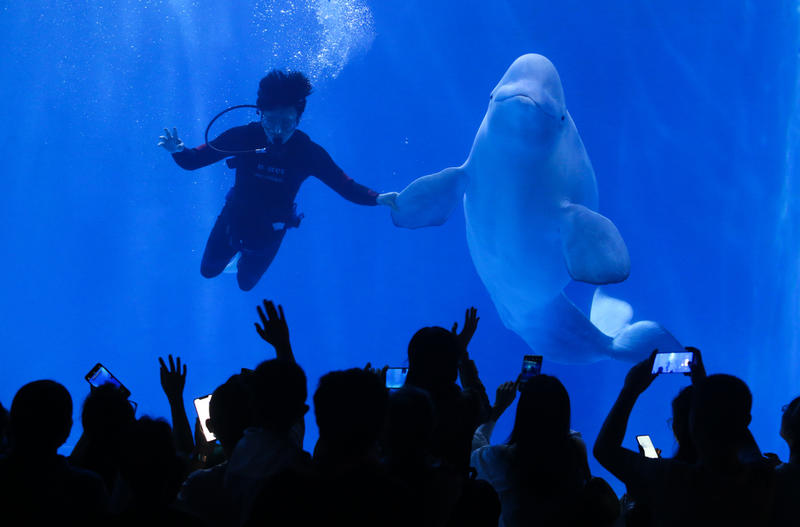 Parents accompany children to watch beluga performance in China. (Costfoto/Barcroft Media via Getty Images
One of the most recognizable members of the whale family, the beluga is distinguishable by its white color, bulbous head, and perpetual smile, but there is much more to these remarkable creatures than their outward appearance. The beluga whale has some amazing abilities, including the capacity for altruism and even mimicking human speech.

Beluga whales are cold water inhabitants who make their home in the frigid depths of the Arctic. They're most commonly seen in the waters off Alaska, Greenland, Canada, and northern Russia; in fact, the word "beluga" is Russian for "white." They're a close cousin of the narwhal, another cold water, meme-able whale. 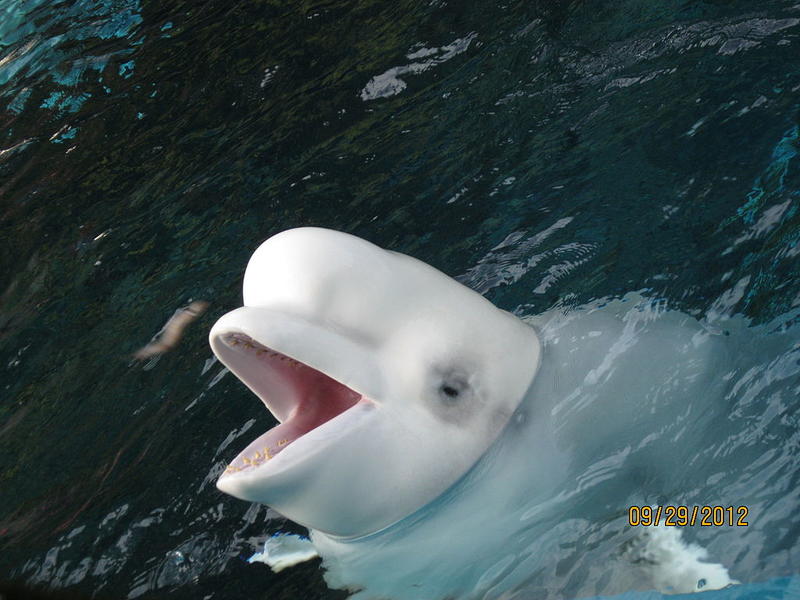 Beluga whales are the most vocal of all species of whales, nicknamed the "sea canary" because of its extraordinary ability to mimic other sounds. Interestingly, unlike other mammals, beluga whales don’t have vocal cords. Instead, they push air through the nasal sacs near their blowholes, and the resulting collection of clicks, whistles, trills, and other noises allows them to navigate the high seas by echolocation.
Their lack of vocal cords makes it even more impressive that some beluga whales in captivity have been observed to copy the speech patterns of their human caretakers. Some people even claim that belugas can produce a cry like a human child. In the wild, they may also imitate the sea birds they come in contact with. Captive beluga whales are often housed and exhibited with other marine animals, such as dolphins, and several studies have shown that, over time, beluga whales will alter their vocalizations to mimic those of their dolphin roommates. It is believed that belugas teach themselves how to communicate with dolphins and other animals in their own language, making belugas a multilingual species. 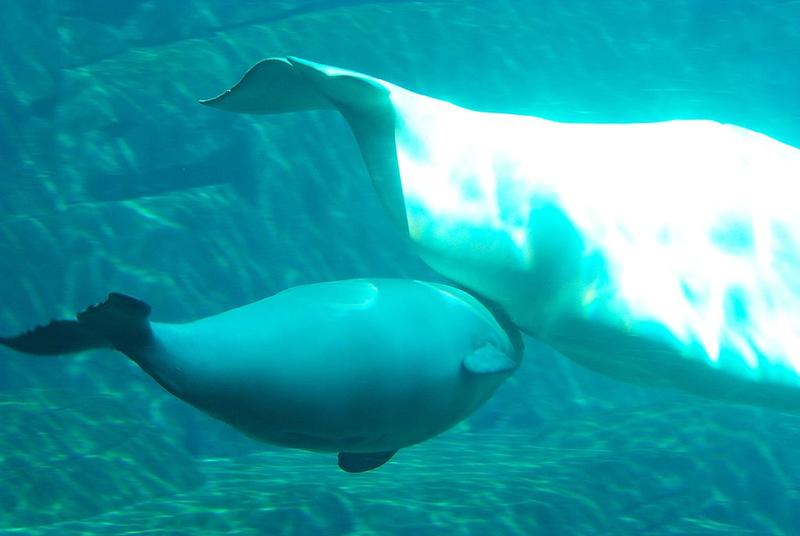 According to one widely told story, one particular male beluga whale in captivity learned some of the language of the human divers who frequented his tank. The animal learned that a certain sentence (or, from its perspective, series of sounds) was used by the divers to tell each other to surface and exit the tank. One day, one of the divers was experiencing some trouble with their diving equipment, and the beluga very clearly repeated the human command to surface and exit the water to the struggling diver. The whale not only recognized the command and connected it to the action of leaving the pool, he successfully replicated the series of sounds.
But the altruism of beluga whales extends beyond verbal mimicry. In one remarkable case, a beluga whale saved a diver by physically assisting her to the surface. In 2009, during a diving competition for a whale training position at China's Polar Land Aquarium, one of the contestants experienced debilitating leg cramps when she entered the icy water. It was a free-diving competition, so she had no breathing apparatus. As she sank to the bottom of the 20-ft. pool, the humans at the surface were unaware of her struggles, but a beluga whale named Mila understood the severity of the situation. Mila grasped the diver's leg in her gentle mouth and pulled her to the surface, saving her life. 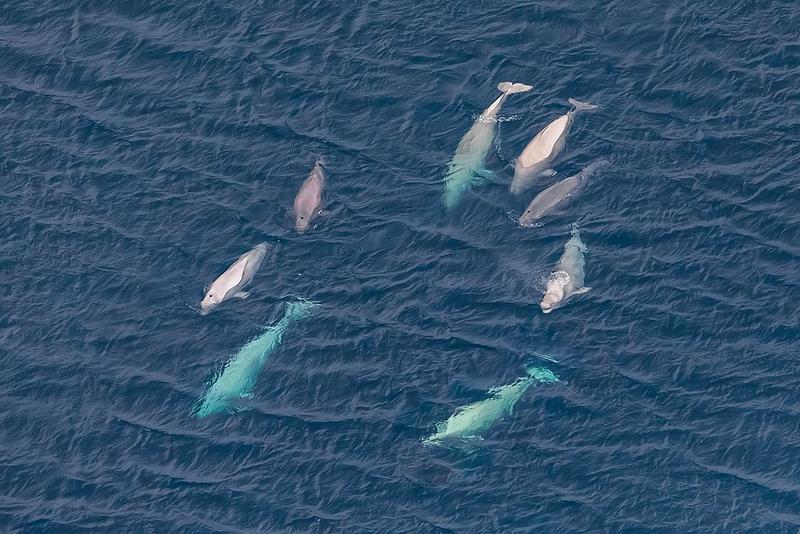 Biologists are only now becoming aware of the complexity of beluga whale society. The whales stay in close pods and work together to help the entire group, a concept that is key to altruistic societies. A pod of beluga whales has more genetic diversity than any other species of whale, so that's a lot of family to look after. In 2018, beluga whales were added to a list that biologists refer to as the "Grandmothers Club," a group of species who learn from the wisdom and experience of their older female members. Included in the "Grandmothers Club" are some varieties of primates as well as elephants and orca whales.
Posted by free heip at 10:06