Genghis Khan: Facts, Trivia, and Stories You Didn't Know About His Life And Legacy 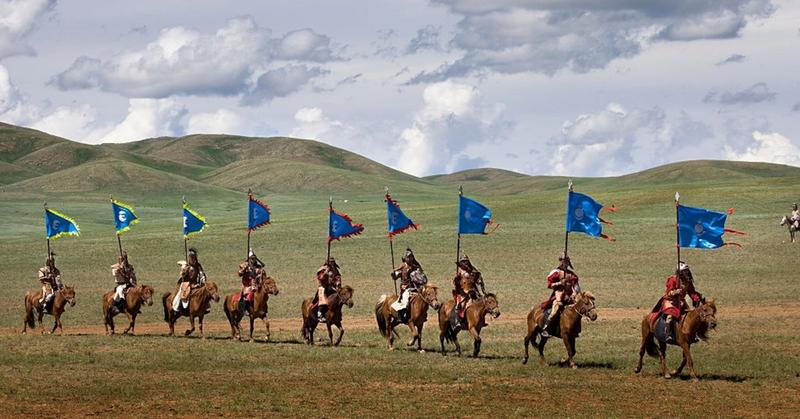 A reenactment of the unification of the Mongolian tribes under Genghis Khan using 500 cavalry men in the uniforms of the 13th century. (In Pictures Ltd./Corbis via Getty Images)
On August 18, 1227, ruthless Mongol ruler Genghis Khan was killed in a battle against the Xi Xia kingdom of China. Although his final resting place is not known, historians do know quite a bit about the life of this legendary and fearsome leader. Despite his reputation for bloodshed, military dominance, and barbaric vendettas, Genghis Khan had a good side. Let's look at the extraordinary life of this complex and brutal man. 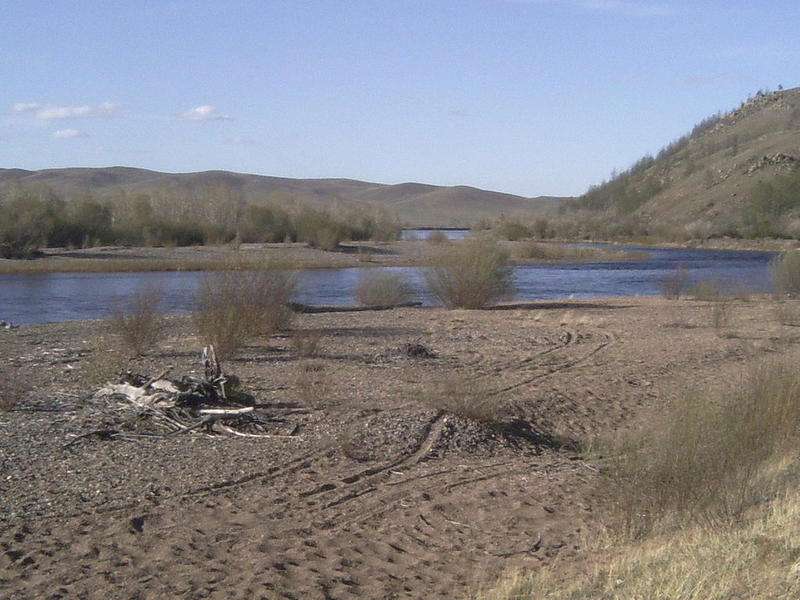 Onon River, Mongolia, near the region where Genghis Khan grew up. (Fan111/Wikimedia Commons)

Genghis Khan was born on April 16, 1162 in a nomadic village in Mongolia. His extraordinary military leadership propelled him quickly through the ranks as he united the different tribes of Mongolia into a formidable force and set his sights on world domination. He got fairly close: He and his armies conquered large portions of China and central Asia and laid the groundwork for his descendants to claim territories as far away as Poland, Syria, and Korea. The Mongol Empire was roughly the size of Africa at its peak. Without the foundation set forth by Genghis Khan, the empire he started would not have achieved such far-reaching control. 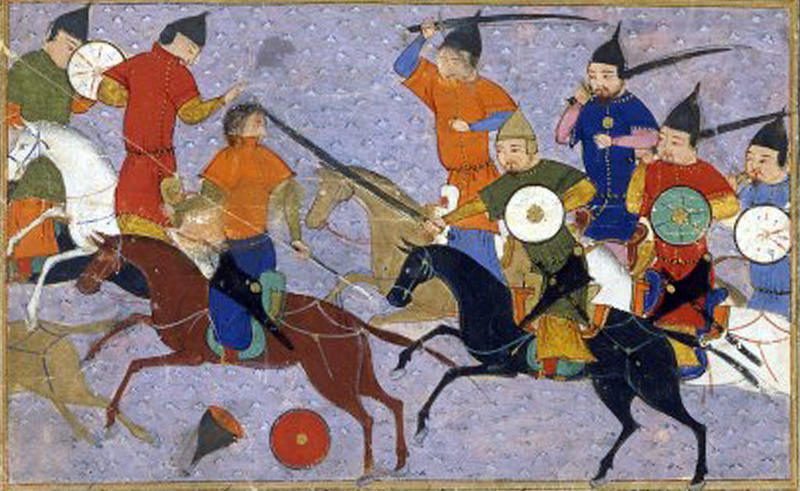 
More Blood On His Hands Than Hitler

During his lifetime, Genghis Khan was responsible for the deaths of about 40 million people. To put that in perspective, "only" 1.7 million died under Hitler. The population of China dropped by millions of people during Khan's reign, and it's also believed that he killed 75% of the population of what is now Iran when he conquered the Khwarezmid Empire. According to historians, Genghis Khan and his men were responsible for reducing the world population by 11%. He actually killed so many people that atmospheric levels of carbon dioxide dropped drastically wherever he massacred, allowing forests to regrow and natural vegetation to flourish in the dearth of human activity he left behind. 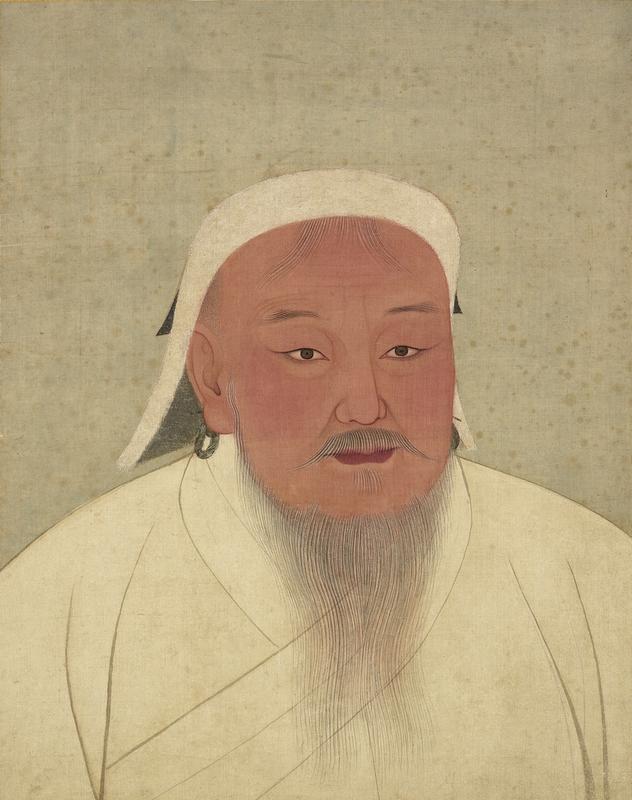 
The Religious Tolerance Of Genghis Khan

What usually happens when an evil warmonger conquers a foreign land is that he forces his new subjects to adopt a new religion, language, and way of life. Not so under Genghis Khan. He valued diversity and inclusion and demonstrated a progressive view on religious tolerance. His subjects practiced a wide variety of religions, he passed laws granting religious freedoms to all, and he even granted tax exemptions to many centers of worship.
As for Genghis Khan himself, his beliefs were more spiritual and shamanistic. He honored the great spirits of the mountains and the winds, sought their blessings before major battles, and enjoyed discussions about religious philosophies, morals, and immortality. 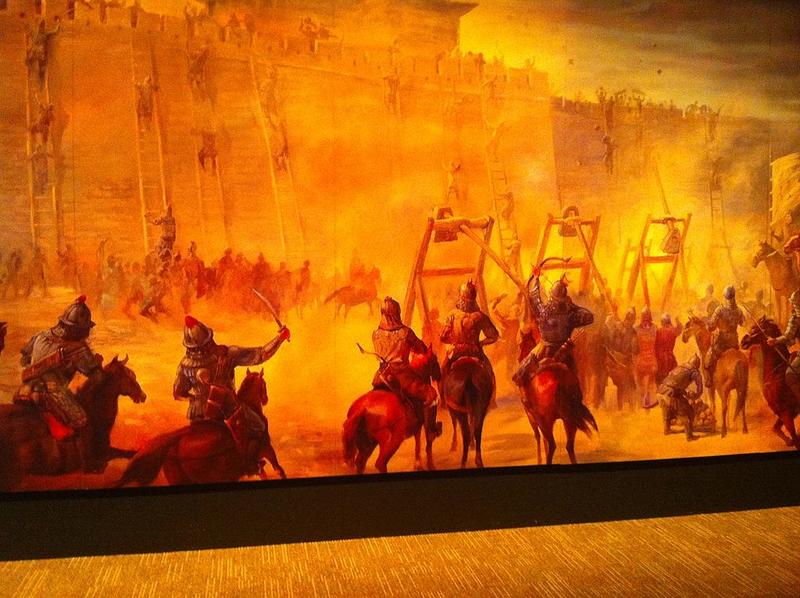 
He Had An Eye For Talent

Unlike other great military minds, Genghis Khan was adamant about promoting his men based on their abilities, experience, and skills, not on their family lineage, loyalty, or social standing. He excelled at recognizing a great military mind and cultivating it, even if the person was one of his enemies. According to one widely told story, Khan was nearly killed in the 1201 battle against the Taijut tribe when his horse was shot out from under him in the heat of battle. After the battle was over, Khan rounded up all the prisoners and demanded to know who had shot the arrow that killed his horse. A soldier stood up and confessed, and Khan was so impressed with the soldier's boldness and skill that he made him an officer in his army. The soldier became one of the greatest field commanders of Khan's army. 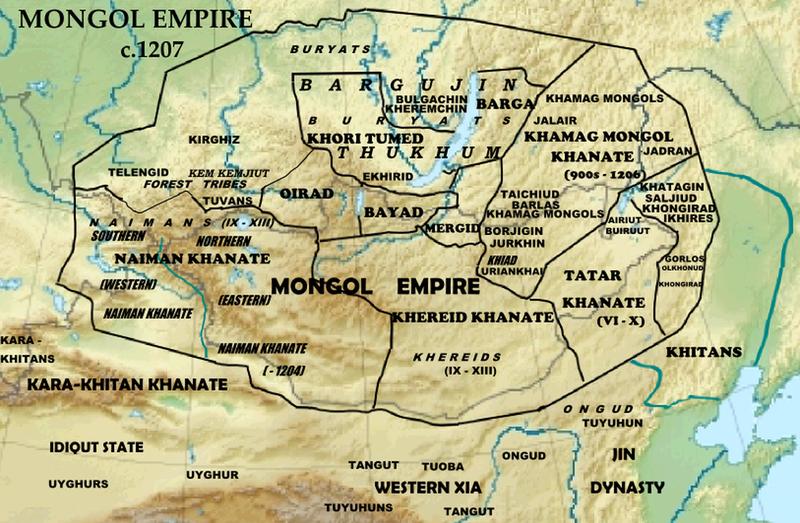 
Genghis Khan And The Postal Service

Ruling over such a vast territory is a daunting task, and Genghis Khan knew that his ability to communicate quickly and efficiently with his commanders in all corners of it was crucial to holding his empire together. To that end, he established Yam, a system of mounted messengers who could deliver messages from post house to post house in a network that blanketed his entire empire. Riders traveled great distances, as many as 200 miles in a single day, to reach a post house with overnight accommodations and a fresh horse. As a result, communications traveled fast, allowing Khan to stay current on the political and military events under his holdings. 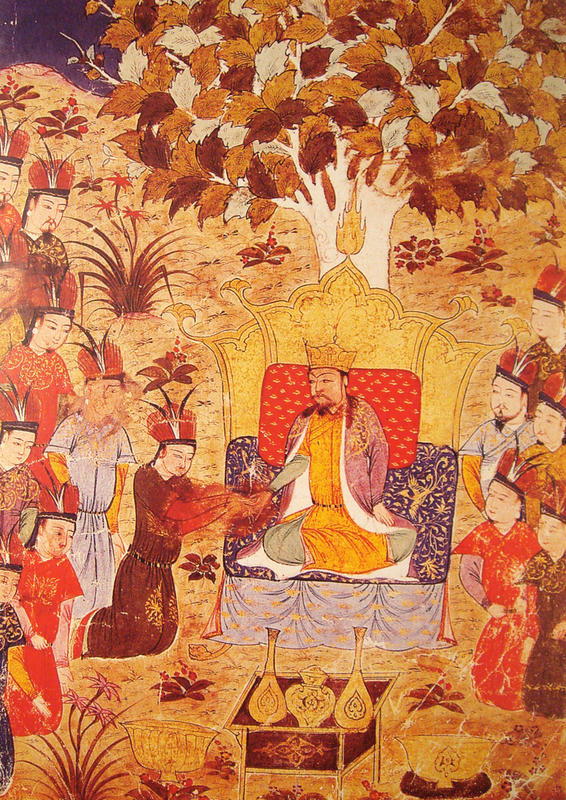 Genghis Khan at the coronation of his son, Ögedei. (Rashid al-Din/Wikimedia Commons)

In his lifetime, Genghis Khan had numerous wives and fathered countless children across his vast empire. Some of his children and grandchildren, such as the notable Kublai Khan, followed in his footsteps as a Mongol leader, while others found their way into the royal families of Europe. Recent DNA mapping has shown that about 17 million people living today can trace their lineage back to Khan, including members of the British and Iranian royal families and even Vlad the Impaler. It seems that bloodthirst is in the, um, blood. 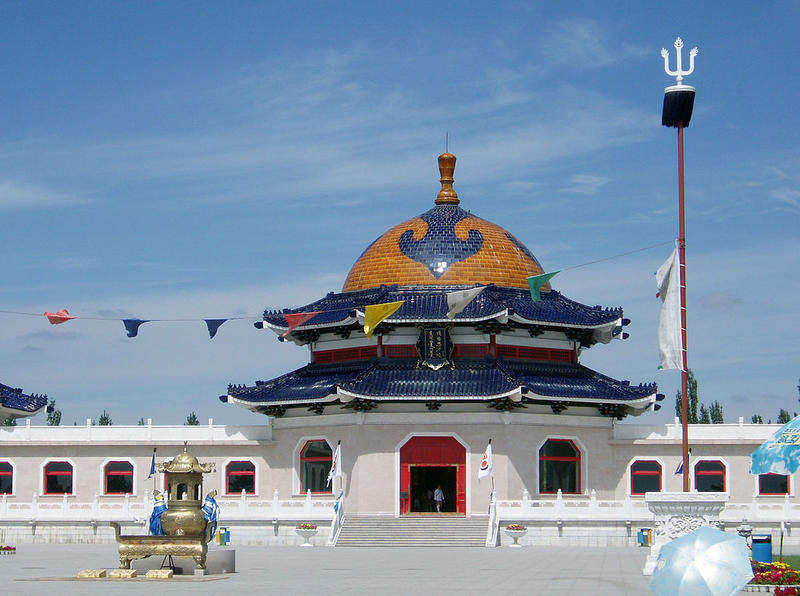 
Where Is Genghis Khan Buried?

The final resting place of Genghis Khan has never been found, which is exactly what he intended. In fact, members of his funeral procession were ordered to kill anyone they encountered on their journey to his burial site, and after the deed was done, his men rode their horses back and forth over his grave until it looked like any other part of the landscape. Historians believe that the most likely location is near the Burkhan Khaldun mountain in Mongolia, but this is merely speculation, and the search for the lost tomb of Genghis Khan continues to this day. We've even tried looking from space, tasking online volunteers with combing satellite images for signs in 2014. 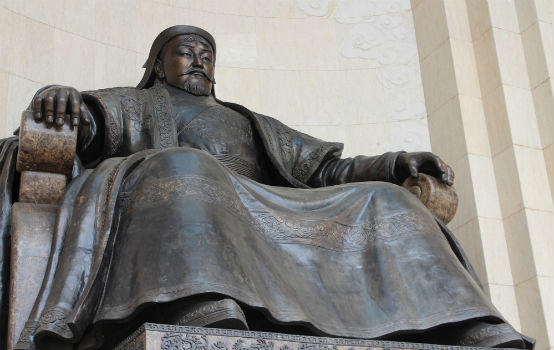 Today, Genghis Khan is a national hero of Mongolia. (theamericanconservative.com)

In the 2oth century, the Soviet Union took steps to erase Mongolian nationalism and force the Mongol people to accept Soviet history as their own. References to Genghis Khan and his achievements were removed from textbooks, memorials to him were dismantled, and even uttering his name was verboten, but when Mongolia won its independence in the 1990s, they resurrected the history of Genghis Khan. 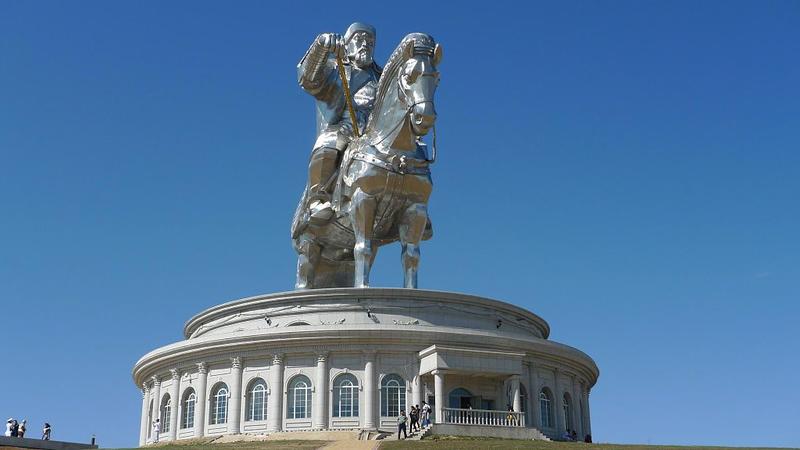 Statue of Genghis Khan at the Tuul River, completed in 2008. (Alastair Rae/Wikimedia Commons)

In the 2oth century, the Soviet Union took steps to erase Mongolian nationalism and force the Mongol people to accept Soviet history as their own. References to Genghis Khan and his achievements were removed from textbooks, memorials to him were dismantled, and even uttering his name was verboten, but when Mongolia won its independence in the 1990s, they resurrected the history of Genghis Khan.
Posted by free heip at 10:21