Herschel Grynszpan: The Man Who Got Revenge On The Nazis, Sparking World War II

Polish assassin 17-year-old Herschel Fiebel Grynszpan (c.1920–1938) after his arrest in Paris. (Getty Images)
When it comes to one single act affecting the entire world for generations to come, people often cite the assassination of Archduke Franz Ferdinand, the bizarrely implausible incident that kicked off a chain of events that led to World War I. But did you know that some historians claim another assassination was equally responsible for a potentially even more significant war? Unlike the Ferdinand case, there's no massive conspiracy involving a shady organization like the Black Hand. It's simply the tale of a moody teenager who just decided one day that enough was enough.

Although Hershel Grynszpan was born in Hanover, Germany on March 28, 1921, his parents were from Poland and most often spoke Yiddish, making him a de facto outsider even among other German Jews. His family was far from wealthy, and his attempt to get an education from the public school system was met with virulent anti-semitism, including being forced to sit in the back of his classes. He dropped out of school at only age 14 after having been expelled numerous times for getting into fights over racial slurs. Even as a child, Grynszpan did not hesitate to stand up for himself, no matter the consequence. 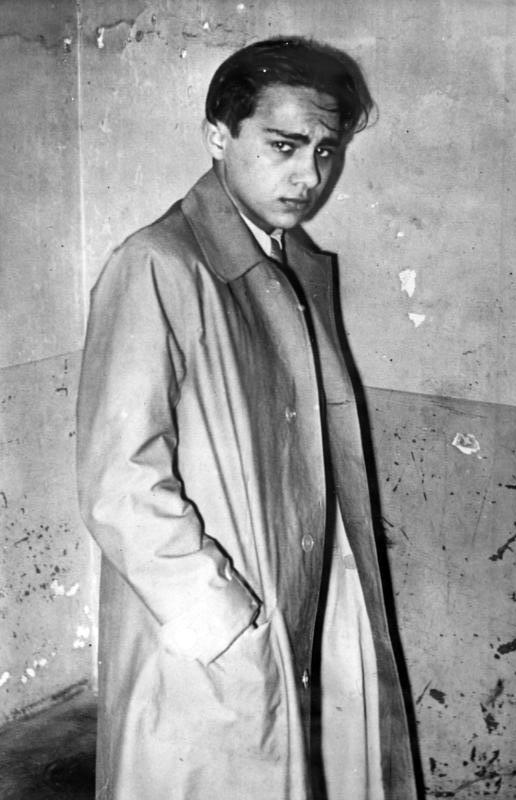 
A Little Thing Called The Holocaust

Due to his troubles in school and bleak job prospects, Grynszpan set his sights on other lands of opportunity. In 1936, he illegally sneaked into France to live with his aunt and uncle in a predominantly Jewish neighborhood in Paris, where he flourished among other Yiddish speaking Jews. He couldn't find any work or other basis for legal immigration, though, which created quite the pickle for Grynszpan. He had been gone from Poland too long to reclaim his Polish citizenship, but he was never considered German despite his German birth. (German parentage was a requirement of citizenship back then.) Herschel was a man of no land. He quickly fell into poverty.
Things were not going much better for his family in Germany. With almost no warning, the nation rescinded all Polish residency allowances despite their previous legal standing. In late October, the Gestapo arrested nearly 12,000 Polish Jews, including the Grynszpan family, and packed them onto trains. On November 3, 1938, Hershel learned that his family was stranded at the Polish-German border, not allowed to enter either country. They had been stripped of all their belongings, and without money, they survived only on the charity of the Red Cross. Enraged by his powerlessness and the constant oppression of Jews across Europe, Grynszpan resolved to do what he'd always done best. 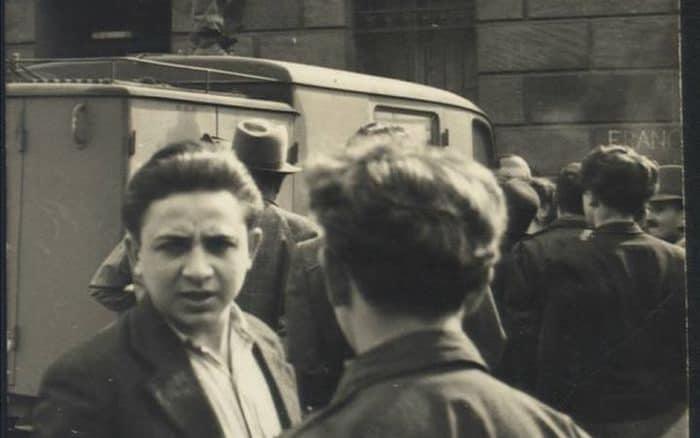 The 1946 photograph that some cite as proof that Grynszpan escaped prison. (Jewish Museum of Vienna)

Out of options to help his family, Grynszpan went to a gun shop on November 7, 1938, where he purchased a 6.35-caliber revolver and bullets. He then headed to the German Embassy in central Paris and requested to speak to an ambassador, claiming to have a document of great importance to national security. He was brought to the German diplomat Ernst Eduard vom Rath, who invited him into his office, but instead of producing a document, Grynszpan pulled the revolver from his jacket and rapidly shot five bullets into vom Rath's chest and stomach.
Vom Rath was found slumped in his chair, barely clinging to life, when the French police rushed in to arrest Grynszpan. Reportedly, Grynszpan did not attempt to flee or resist but confessed on the spot, claiming that he had done it for his family and the other thousands of Jewish refugees who German officials had so cruelly abandoned or murdered. In his pocket was a postcard, on which he had written to his parents:

With God's help. My dear parents, I could not do otherwise, may God forgive me, the heart bleeds when I hear of your tragedy and that of the 12,000 Jews. I must protest so that the whole world hears my protest, and that I will do. Forgive me.

Grynszpan was imprisoned and extradited to Berlin, where he was thought to be executed. Some theorize, however, that he actually escaped sometime during the war, citing a 1946 photograph of a young man who modern facial recognition software has all but confirmed to be the famous young assassin. It's possible that he is alive to this day, "living under an assumed name in Israel or the United States." 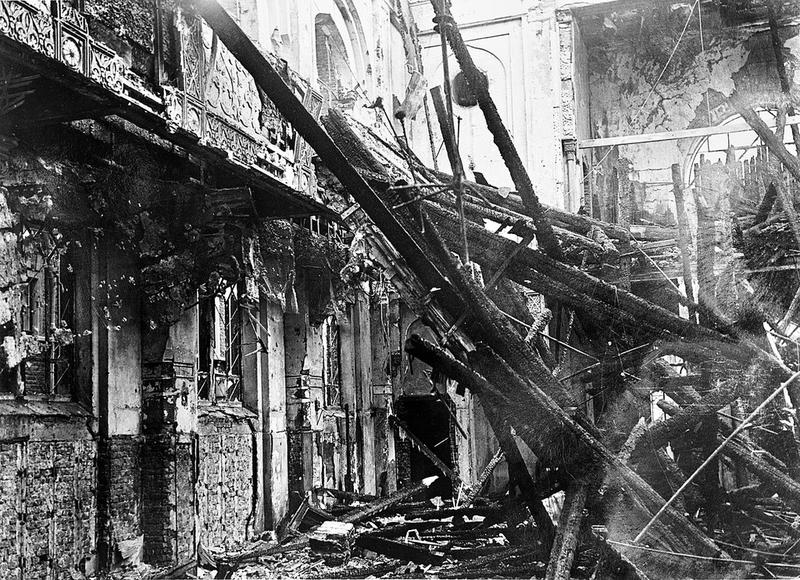 If so, he likely has the weight of the world on his shoulders, as many historians have credited this brazen act of violence with emboldening Hitler's supporters and giving the Chancellor justification for cracking down even harder on Jews in Germany. Only two days after the death of Vom Rath, anti-Semites smashed the windows of synagogues and Jewish-owned businesses across Germany in an event that would become known as Kristallnacht, or "The Night of Broken Glass."
When Hitler was made aware of the riots, he requested that the police be withdrawn from the areas, and at least 91 Jews were reported to have been murdered by German citizens (encouraged by Nazi leaders) over the course of the next few days. After Vom Rath succumbed to his wounds, Hitler himself attended the highly publicized funeral. He used the assassination as evidence for the claim that Jews were a dangerous, criminally minded people and therefore deserving of the mistreatment they suffered at the hands of the Nazi regime.
But was Hershel Grynszpan's rebellion really responsible for turning the tide in Hitler's Germany? No, not really. Hitler had things well planned out by the time of Vom Rath's assassination, and if it hadn't occurred, he most assuredly would have either found another excuse and even "was prepared to have the Gestapo create a pretext [if] necessary." As with most major world events spurred by a seemingly random act of violence, the assassination of Ernst vom Rath was simply a tiny floating ember that found its way onto a gasoline-soaked tinderbox that was ready to ignite.
Posted by free heip at 06:35