(Agence photographique de la Réunion des musées nationaux/Wikimedia Commons)
As a military leader, Napoleon Bonaparte was unmatched, and as a ruler, he was one of the most feared men on the planet—but you don't get that reputation by being nice. Napoleon burned bridges throughout Europe, and by the time he was on his second round of leading France, he had few friends in the government. That came back to bite him when his grip on the French military loosened and his once-strategic mind slipped, and he spent the rest of his life in exile. Regardless of whether Napoleon was a good guy (he was probably awful with a capital "A"), it's disappointing that such a fascinating figure spent his final days languishing with stomach cancer on an island in the middle of nowhere.

Napoleon may have made France a military powerhouse, but he was known to be needy and insecure. By 1810, much of Europe was exhausted from dealing with him, so when France attempted to invade Russia in 1812 and found themselves retreating shortly afterward, the rest of Europe turned against France. Napoleon knew that he was defeated, so he offered to step down as the French emperor so his son could take over. That didn't work out, and he was exiled to the island of Elba.
Less than a year into his stay on Elba, Napoleon learned that his ex-wife, Josephine, had died in France. He escape the island on the Inconstant, a ship used as a brig, on February 26, 1815, and after landing in France, he made his way back to Paris and regained the title of Napoleon I. In a period known as the Hundred Days, he amassed nearly 200,000 soldiers and went on the attack against British and Prussian forces.
At the Battle of Waterloo in June 1815, Napoleon's army was devastated by British troops, and he was driven back to Paris. Rather than return to a city singing his praises, he found that the government and Parisian citizens wanted his head on a pike. He attempted an escape to America, but the ports had been blocked by British troops. He was once again sent into exile, this time to the island of Saint Helena, on August 8, 1815. 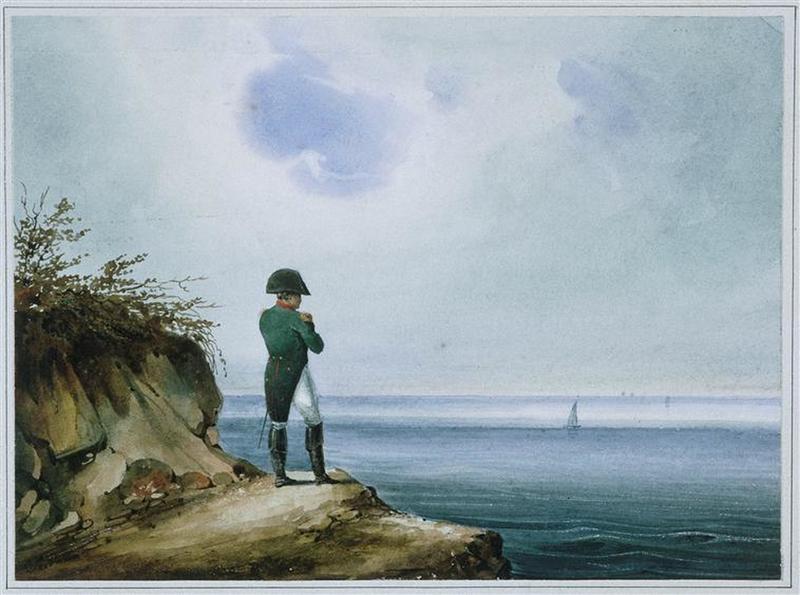 Saint Helena is probably really nice under the right conditions, but no real estate agent on the planet could sell Napoleon's digs at Longwood House, a cold, damp home that likely led to his early death. Napoleon didn't have free reign of the place, but he did make it his own. He was allowed to bring a small group of acolytes to the island with him, to whom he dictated his memoirs while working on a book about Julius Caesar, so it was really more like a very secluded artists' colony than a prison. When he wasn't pursuing his literary ambitions, Napoleon learned English so he could read any newspapers that were delivered to the island (the denial of French journalism was part of his punishment).
The British military kept a garrison of soldiers on a nearby island in case Napoleon tried to make another escape, but the frigid extremes of Longwood House as well as the copper arsenite in its wallpaper made the former French military leader lethargic, so these guards served as little more than an outlet for Napoleon's bitterness. He was particularly obsessed with Sir Hudson Lowe, recently appointed governor of the island solely to watch over Napoleon, because the soldier refused to address Napoleon as Emperor of the French. 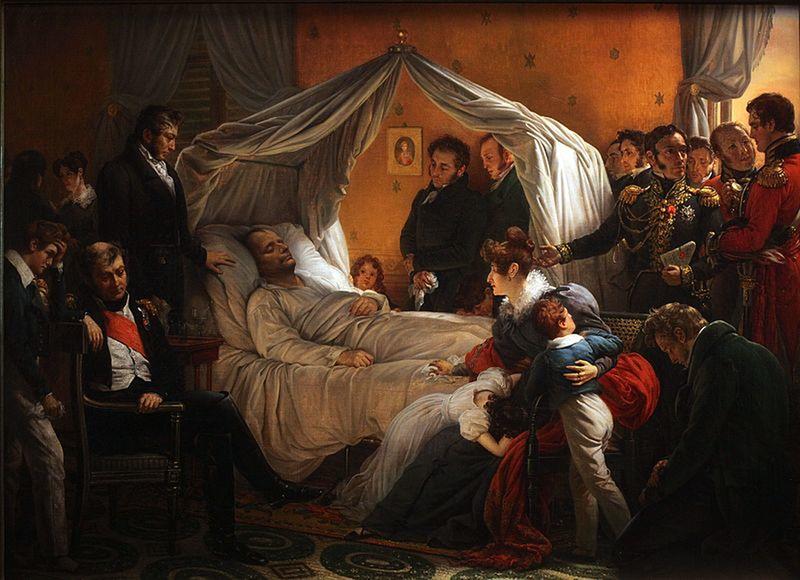 
Death Of An Emperor

According to Napoleon's personal physician, Barry O'Meara, the most important man on Saint Helena's health severely declined in 1817. O'Meara pleaded with Governor Lowe to allow Napoleon to leave the island so he could receive proper medical attention, but instead, Lowe removed O'Meara from the island in 1818, leaving Napoleon to further deteriorate inside the damp walls of Longwood House.
Without O'Meara's care, Napoleon's condition worsened rapidly. He spent his final 40-something days in bed and eventually lost much of his ability to speak, making his final words somewhat mysterious. Depending on which of Napoleon’s valets you believe, he may have said "France ... my son ... the army," "France ... army, head of the army ... Josephine," or "Who retreats ... at the head of the army."
Historians consider the latter to be the most credible and the claim that Napoleon called out for his ex-wife particularly questionable, either an outright fabrication or serious misinterpretation. The doctor present at Napoleon's death, Francesco Antommarchi, confirmed that Napoleon said "head" and "army," but nothing else. Even with his speech difficulties, however, Napoleon found a way to make his final confession in the presence of Father Ange Vignali of the Catholic Church.
Posted by free heip at 06:33