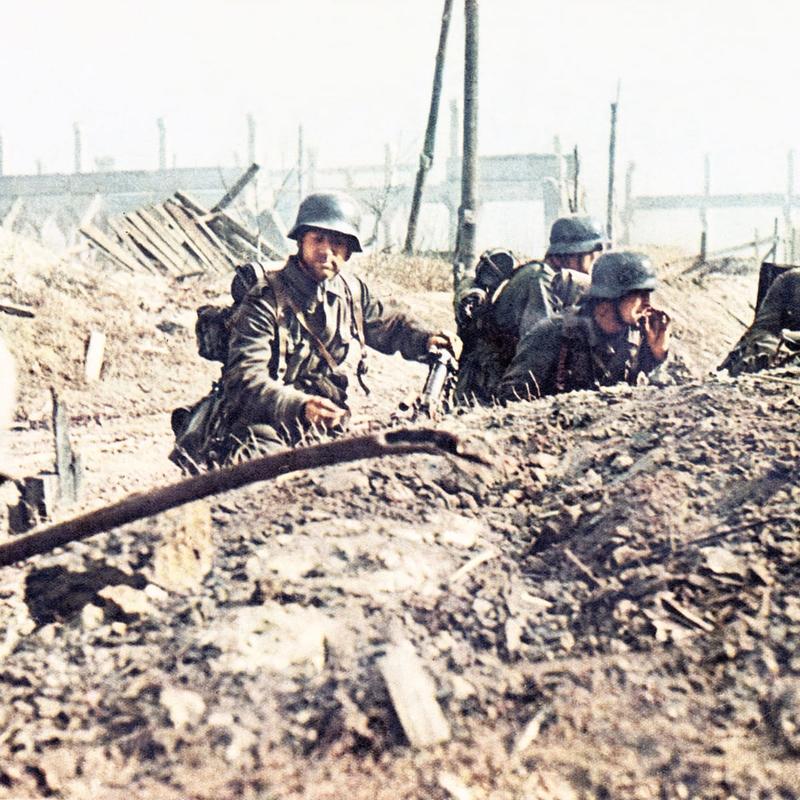 There are a myriad important battles littered throughout World War II, but Stalingrad stands above them as one of the most bloody and strategically important. With more than two million casualties, it lasted nearly half a year, changed the direction of the war, and left Germany on the defensive for the first time. Thanks to nonstop Luftwaffe bombing, the city of Stalingrad was left in shambles, but the Russian forces proved that they were capable outlasting anyone in the Axis, even if they were outgunned.

After failing to take the Red Army in the winter of 1942, Hitler was certain that he could master them in the summer. Instead of attacking Moscow, he decided that the smart move was to direct the Wehrmacht toward Stalingrad to destroy the city's industrial capacity and block access to the Volga River, which flows through Central Europe and into the Caspian Sea.
One month before the campaign, Hitler added more objectives to his plan, deciding he also wanted to occupy the city, kill every man, and deport the women and children while securing safe passage for German forces to Baku and gaining control of Europe's petroleum reserves before sending troops north to Moscow. Each additional objective required soldiers to split away from their initial duties, and it's believed that the reassessment is one of the major reasons the Germans were beat back from the city, but that wouldn't happen for nearly half a year. 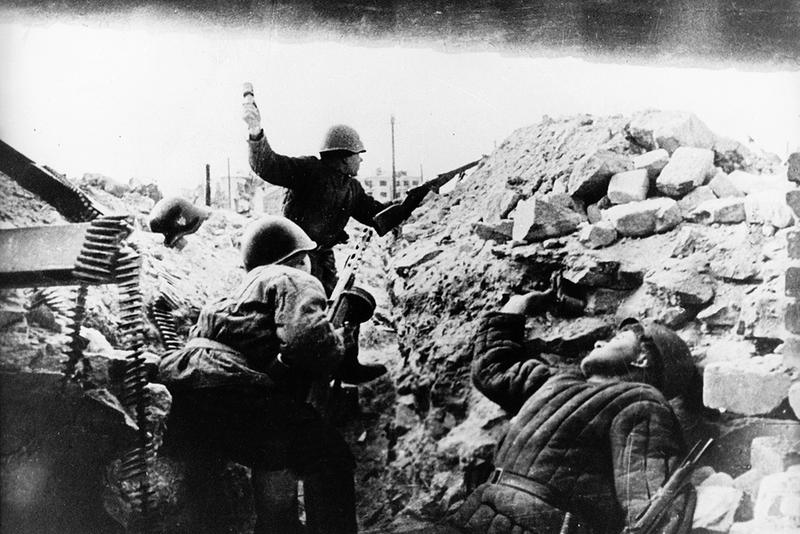 Throughout June and July 1942, the German military pushed towards Stalingrad. With a careful eye on the Germans, Stalin appointed General Andrey Yeryomenkoto to command the Southeastern Front in August 1942, ordering him to defend the city or die trying. This battle was a make-or-break moment for the Soviets: If they lost, Germany would gain significantly more footing in Europe.
The one advantage that the Red Army had over Germany was their significant manpower. In the early months of the battle, the Soviets held Germany at bay miles outside of the city with a series of quickly planned attacks that cost them some 200,000 soldiers but decidedly succeeded at their objectives. 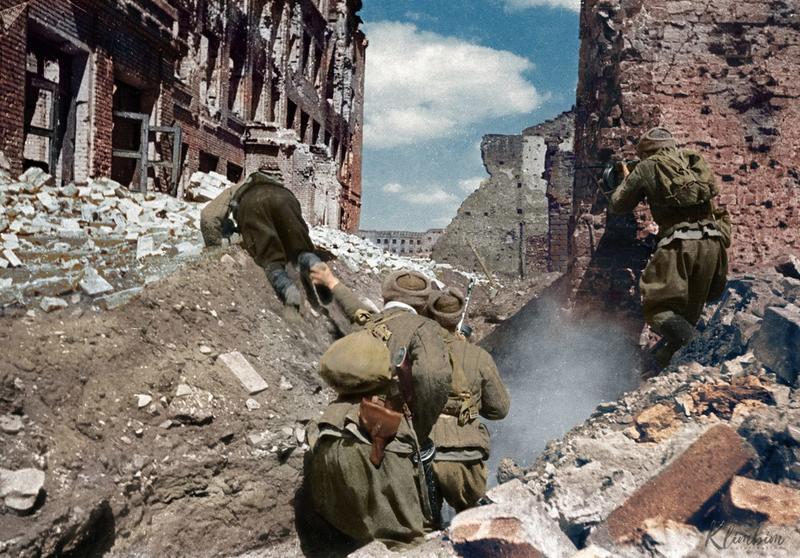 Long before the Germans made their move for Stalingrad, the Soviets shipped their grain, cattle, and railway cars out of the city and across the Volga. They weren't going to allow Germany to set up shop in the city and use it as their own little base. The problem was that there were plenty of civilians left in the city, and they felt the brunt of the German bombing campaign that dropped 1,000 tons of explosives on the city in 48 hours.
Stalingrad was turned to rocks by the massive number of bombs dropped on the city, but even so, the factories stayed in operation, pumping out T-34 tanks and whatever machinery they could muster. At the same time, women and children dug trenches while every available man was called to fight the Germans. 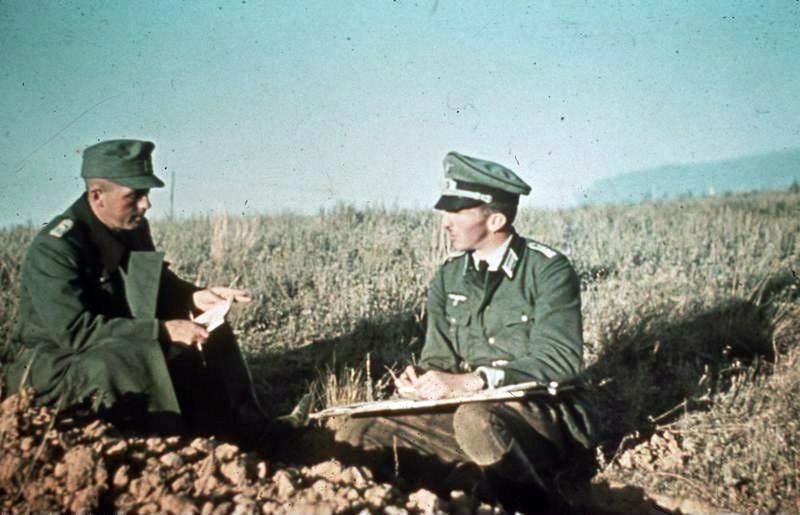 The Soviet military may have had the sheer numbers and knowledge of the landscape, but they were outgunned by the Luftwaffe. The Soviet Air Force faced loss after loss in the sky, with so many of their pilots being killed in action that they brought in the 1077th Anti-Aircraft Regiment, a group made up of young women with no training in engaging ground targets. Still, the 1077th went shot for shot with the Panzer division, but as hard as the Russian military fought, Germany was well within the city limits by the middle of September. 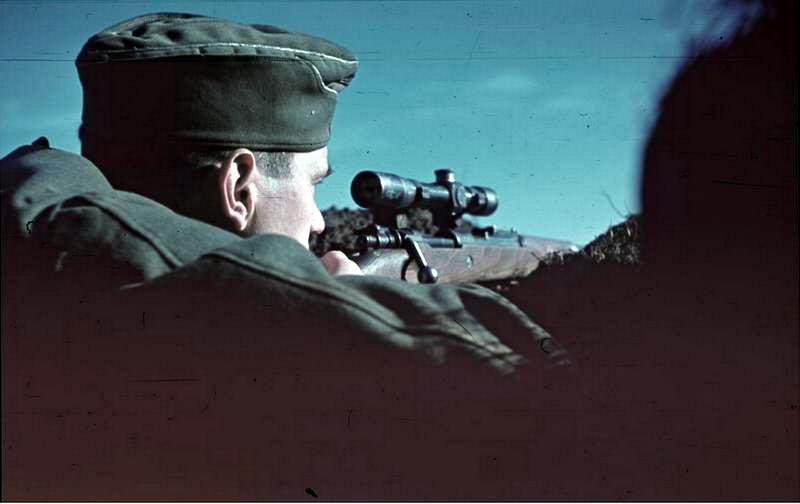 By the time German forces made their way into Stalingrad proper in September, the town was nothing but rubble and burned-out buildings, thanks to the constant bombing from 600 Luftwaffe planes. The German army felt that they had the whole thing tied up, but they were only a month into the actual fighting.
Less of a war zone and more a level of hell, German and Soviet forces fought in the streets, in abandoned buildings, and pretty much anywhere they could find a place to duke it out. Any civilians left in Stalingrad were forced to fight for their lives. Even though the German military was a more practiced group, the Red Army made use of the Volga, bringing over more and more troops, many of them fresh faced and ready to go. Whenever the Germans took out a platoon of Russians, a new one moved in to take their place and fortify whatever buildings were left. Snipers fired at anything that moved, and even outside of the industrial area of the city, no one was safe. 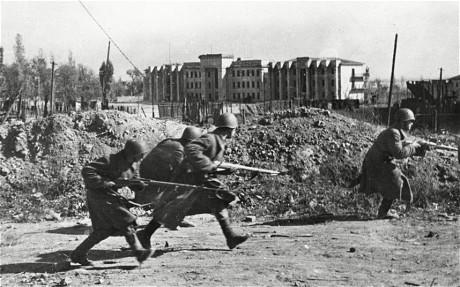 All of the fighting inside Stalingrad was basically a game of attrition. Neither side was going to win the day in the city, and while the Luftwaffe continued to bomb the city, the Red Army took to securing areas outside of town in preparation to pull their final strike. As fall turned to winter, the Soviets had 15 groups fighting on almost as many fronts.
Even though the German forces were top notch, their Axis allies—the Italian, Hungarian, and Romanian armies—were poorly staffed and running out of support. They were less experienced, less armed, and not ready for the Soviet army, but they didn't receive any help from the Germans, who were focused on the battle raging inside the city. This enabled the Soviets to secure the Don River and the southern flank of the Stalingrad sector. Once the areas to the south were in control, the Soviets moved to the north and went on the offensive.
On November 19, 1942, the Red Army attacked the Romanian forces holding the northern flank of the German 6th Army. They were easily overrun, and thanks to poor weather, there was no way for air action to pose any immediate threat against the Russians. The next day, the Romanians were hit again, to the south of Stalingrad. Chaos ensued, and the Sixth Army was left surrounded. 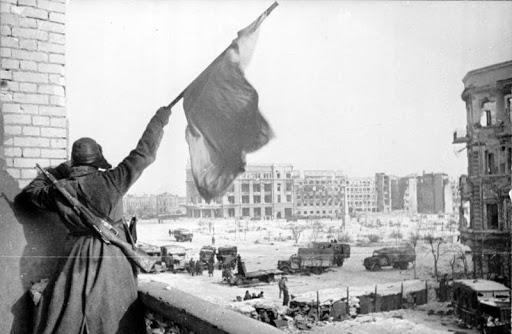 With the 6th Army surrounded and a battle still raging in the city, it would have made sense for Germany to call it a day, but Hitler refused to give up Stalingrad. He started planning for the Luftwaffe to supply the 6th Army with an "air bridge" so they could reassemble while fighting in the city continued against the advice of Wolfram von Richthofen, the director of the Luftflotte, who insisted that their limited aircraft couldn't handle the number of men they needed to swap out and could only bring in 105 tons of supplies per day, far from the 750 tons Germany needed to put up any kind of fight. Von Richthofen recognized the public failure that would come with giving up Stalingrad, but he still advised Hitler to pull out and regroup.
That didn't happen, and as air transports came into Stalingrad, they were either brought down by the Russians or unable to get all of the necessary supplies to the men on the ground. The 6th Army slowly starved, and the Luftwaffe lost nearly 1,000 members of personnel as well as equipment. 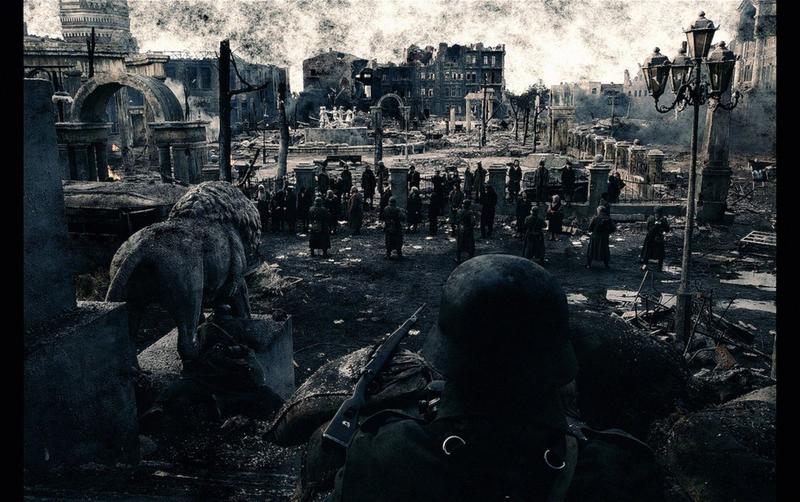 After their plan to rescue the remaining German forces inside Stalingrad failed spectacularly, Germany went on the defensive. In a last-ditch effort, they tried to tie up Soviet forces long enough to bring in more troops from another front and create a counter-offensive, but finally, on January 7, 1943, Captain Nikolay Dyatlenko entered Stalingrad with the Soviets' terms of surrender. The German troops feared that they would be killed on sight, so rather than surrender, the starving members of the German military who were left fell back and continued to fight.
As the Soviets continued to separate the German forces into smaller and smaller groups, Fridrich Paulus begged Hitler to allow them to surrender. Instead, Hitler promoted him to the rank of Generalfeldmarschall, with the note that no field marshal had ever surrendered. Paulus was given the choice to shame himself by surrendering or die in battle.
Paulus was captured the next day in German headquarters. He refused to issue the order to surrender, but the battle was over either way, with 91,000 prisoners of war taken by the Soviets. Hitler was reportedly furious that Paulus didn't commit suicide.

Stalingrad marked the first time in World War II that the Nazis were taken down a peg, but the German people weren't told of the loss until the end of January. On February 18, Minister of Propaganda Joseph Goebbels spoke to the German people, telling them that they were now in a "total war" and every resource in the country would go toward victory.
Regardless of the bluster, the Allied powers saw this loss by the German military as a turning point for the war. Russia had held, and Germany suffered devastating losses, keeping England safe from bombings for the time being. The Soviet victory at Stalingrad was exactly what the Allies needed to show them that they could win the war.