The Devil's Footprint: A German Cathedral's 600-Year-Old Deal With Satan

Frauenkirche, with its twin towers, stands out along the Munich skyline. circa 1960. (Photo by Pictorial Parade/Archive Photos/Getty Images)
Inside a massive Gothic church in Germany, you can literally walk in the footsteps of the devil. The huge, 600-year-old church, called Frauenkirche or the Church of Our Lady, has a long and storied history as well as one truly unique feature: an image of the devil's own footprint. Supposedly, anyway. 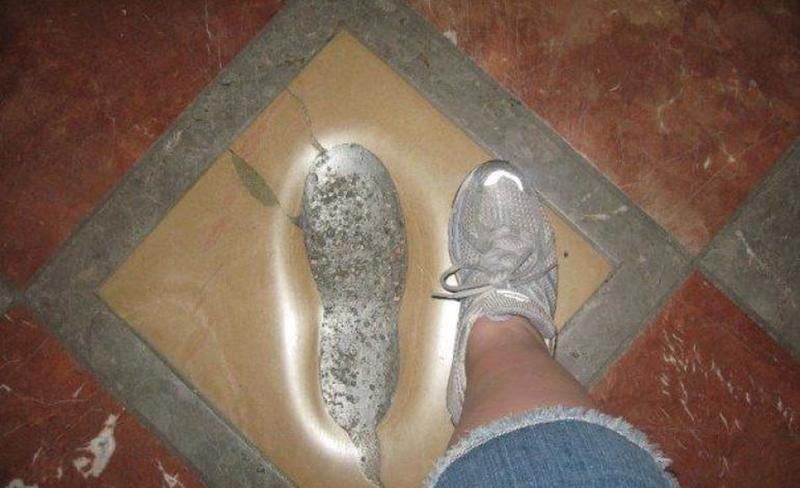 An imprint in the tile of the Munich church is said to be the devil's own footprint. (supernaturalmagazine.com)


First, A Bit About The Church

The twin towers of the Church of Our Lady have loomed over the city of Munich since 1488, making it the second-oldest church in Munich. It serves as the seat of the Archdiocese of Munich and Freising and the burial sites of King Ludwig III, the last Bavarian king, and Holy Roman Emperor Louis VI. The church is rather plain in comparison to the ornate Gothic architecture of the day, which is part of the church's unique story. 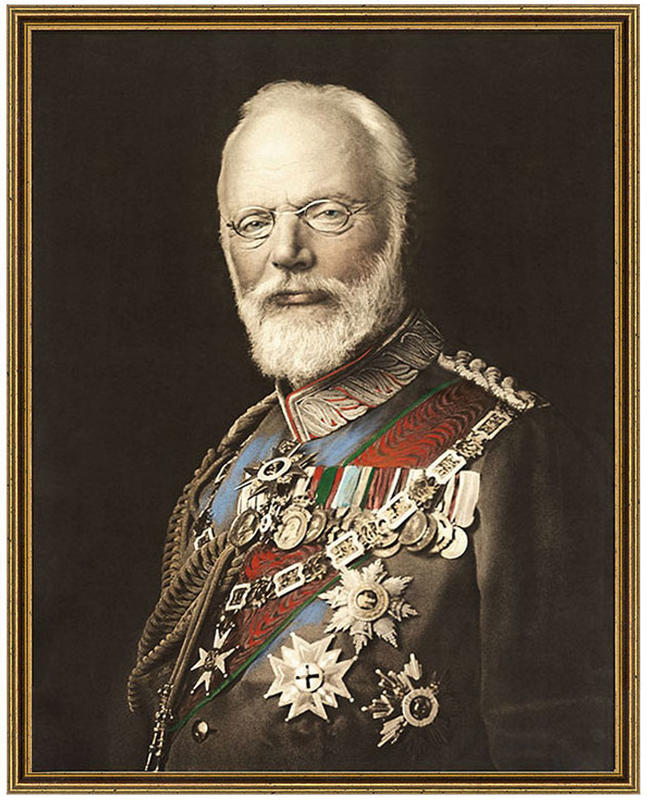 
A Deal With The Devil

When construction on the Church of Our Lady began in 1468, Jorg von Halsbach was hired to oversee the work. The original plans for the church called for it to be just as ornate and ornamental as traditional Gothic churches and cathedrals, but Von Halsbach had a budget problem. The construction was far more costly than originally anticipated, and Von Halsbach was running out of money, so he scaled back the design. Those imposing twin towers, for example, were supposed to have pointed spires on their tops, but that idea had to be abandoned. Von Halsbach was desperate to see the project through to completion on the little funds he had left. 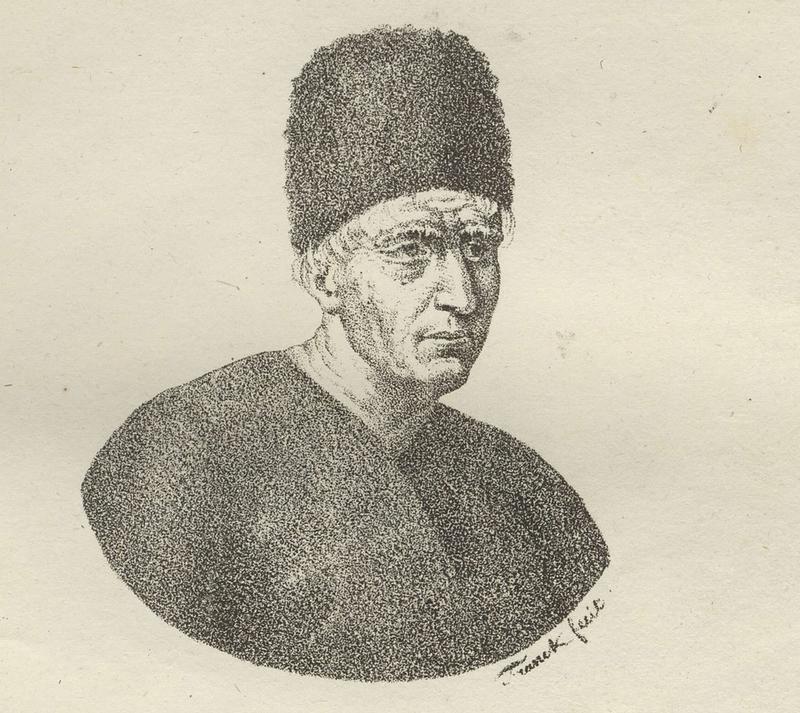 Jorg von Halsbach made a deal with the devil to get the funds to complete the church. (wikidata.org)

According to legend, the devil and Jorg von Halsbach struck a deal. The devil supposedly agreed to provide the necessary funds to complete the church on the condition that Von Halsbach eliminate all the windows from the construction plans so the church would be a place of total darkness to celebrate the black of night. Von Halsbach agreed to the odd request, and as construction continued, the devil went on his merry way. 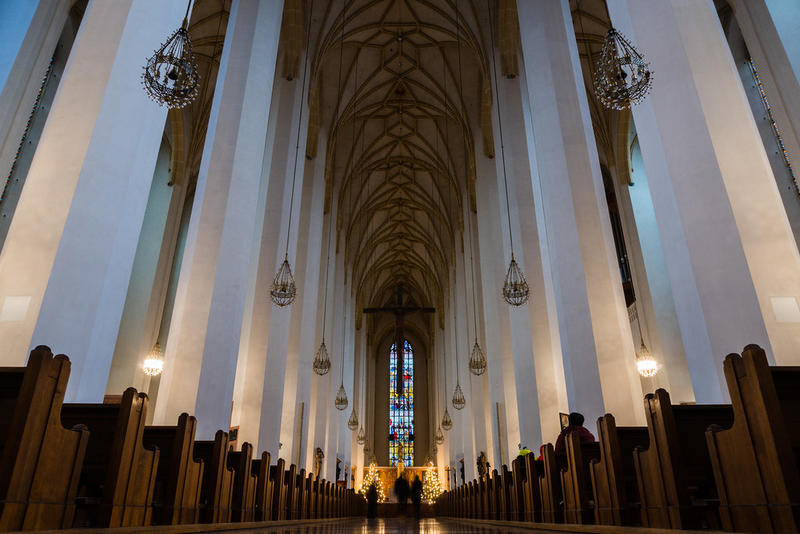 Great pillars hid the windows from the devil's sight. (theplacesIhavebeen.com)


The Return Of The Devil

Twenty years after construction of the Church of Our Lady began, the building was completed, and the devil supposedly made his return to Munich to inspect the finished church and make sure that Von Halsbach kept his end of the bargain. He hadn't—the church is positively lousy with windows—but its great white columns blocked them from view. Satisfied, the devil released Von Halsbach from his deal and took a step further inside the church. From his new vantage point, he could see the magnificent windows that line both sides of the nave and bathe the chamber with light. When he realized he had been tricked, the devil is said to have stomped his foot furiously, leaving a permanent imprint on the floor of the narthex. He then transformed into the wind and flew around the great towers of the church, hoping to blow them over, but the towers were so well-constructed that they withstood the devil's wind. 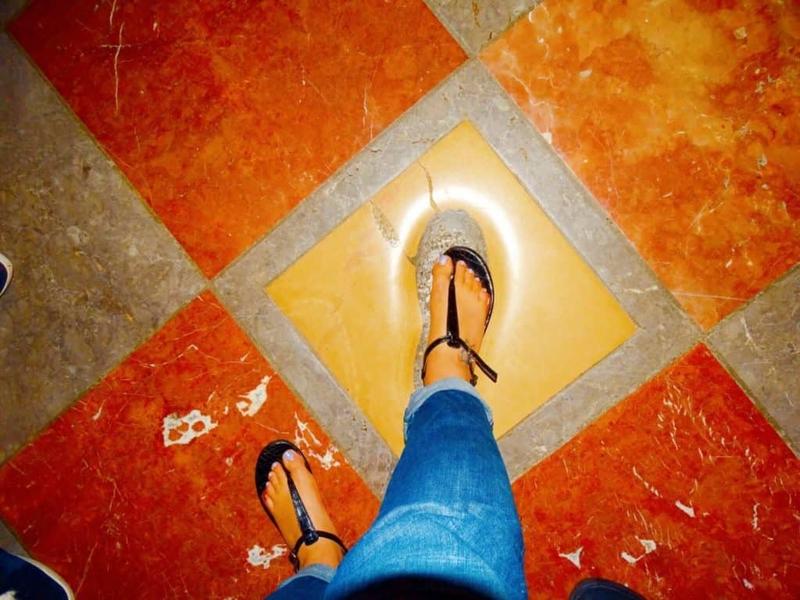 The devil's footprint is now a photo op stop in Munich. (wheregoesrose.com)

Visitors to the Church of Our Lady in Munich can still see the mark where the devil allegedly stomped his angry foot. The footprint is preserved in a tile on the church floor, and a nearby plaque tells the story of the deal with the devil. Visitors to the church wait in line to step in the same place where the devil once stood, and the devil is said to make his presence known to this day in the form of a nearly constant wind that blows around the towers of the church.
Posted by free heip at 06:37