The Menendez Brothers: What Did They Do And Who Killed Their Parents In 1989? 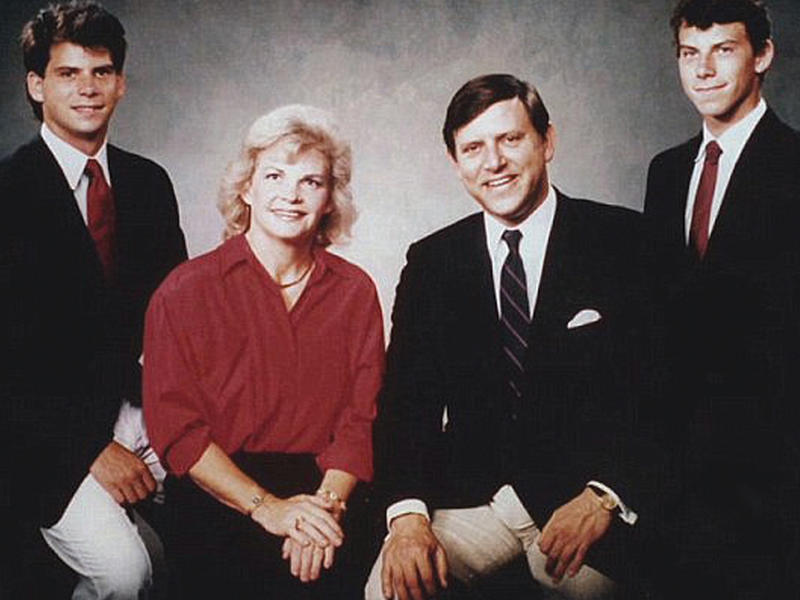 As the children of entertainment bigwig José Menendez, Erik and Lyle Menendez wanted for nothing. José played a major part in signing the Eurythmics and Duran Duran to RCA Records before taking over as executive vice president at independent film company Carolco Pictures. He came to America as a poor immigrant from Revolution-era Cuba, but through his wits and hard-headed nature, he managed to achieve the kind of success that makes people green with envy.
From the outside, it looked as if José had the perfect life. He had a beautiful wife, Kitty, and two well-to-do sons, but their home life was anything but picturesque. According to the Menendez brothers, José was a tyrant, constantly browbeating them when they didn't live up to his expectations. As a result, they acted out, primarily by burglarizing homes for kicks (they definitely didn't need the money, which they also demolished in wild spending sprees). When they discovered that their father's newest will parceled out a small percentage of his $14 million fortune, they agreed that something had to be done. 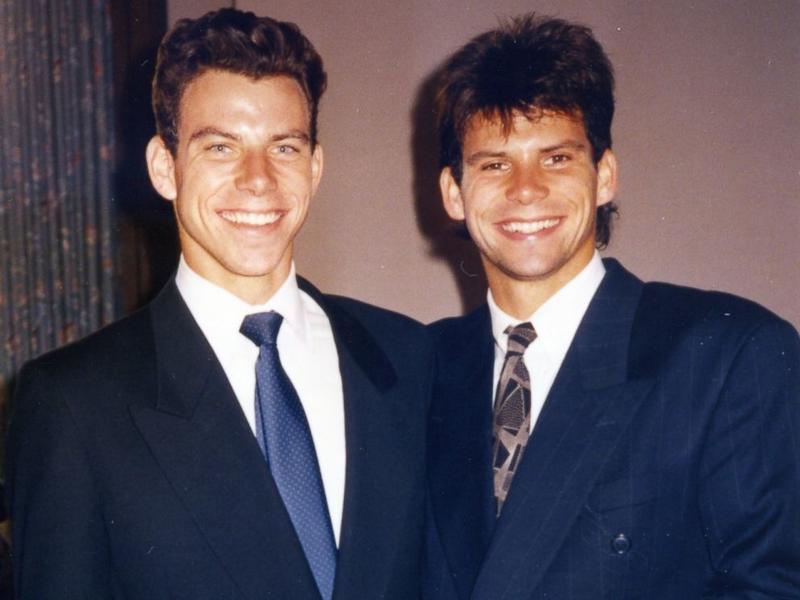 On August 18, 1989, Lyle and Erik Menendez purchased shotguns and ammunition from a chain store in San Diego, at least 100 miles away from their home. The next day, they went shark fishing with their parents as if everything was normal, but if they had any second thoughts, they didn't express them to each other. The day after the fishing excursion, the brothers ambushed their parents while they dozed in front of the television in their den, unloading 15 rounds into the unsuspecting couple.
Finishing the job with a shot to the back of José's head and a final round to Kitty's face, the brothers left the home and drove to a movie theater, where they bought tickets to see Tim Burton's Batman before ditching their guns and bloodied clothes. After cleaning up and changing into a new set of clothes, they returned home to "discover" the bodies of their parents and placed the now-infamous hysterical 911 call. Their claim that they'd been at the movie wasn't questioned. 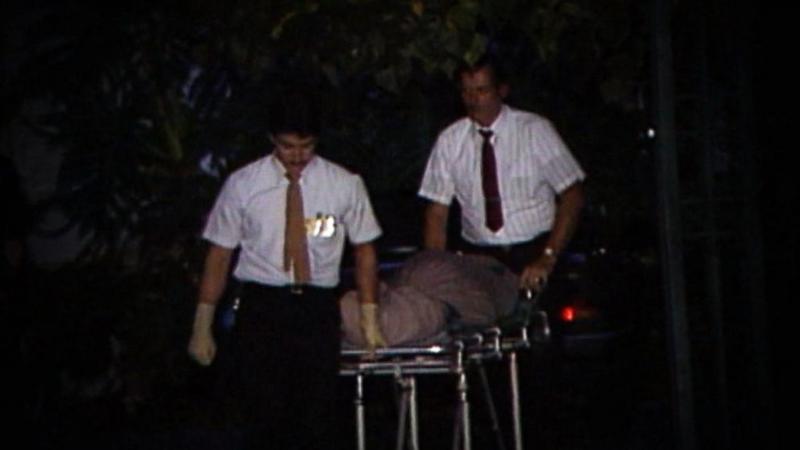 
Theories About The Menendez Murders

Lyle and Erik staged the murders to look like a mob hit, meaning they shot the victims in the kneecaps and called it good, but the police were skeptical when the supposedly devastated children floated the theory. The ruthless nature of the murders inclined them more toward a crime of passion, so they started investigating associates of the Menendezes who may have had motive for violent retribution.
In the meantime, Lyle and Erik wasted no time spending the money their parents left behind. Lyle spent $15,000 on three Rolex watches the day before his parents' funeral, and over the next six months, he and Erik spent around $1 million on airfare, cars, clothes, and parties. They moved out of their parents' Beverly Hills home and into adjoining condos in Marina del Ray to start planning the rest of their lives, Lyle buying a restaurant and Erik dropping out of UCLA to pursue his dream of professional tennis with the help of a full-time coach. Price tag: $60,000. It was certainly unusual behavior for supposedly grieving sons that didn't go unnoticed by police, but what brought them down in the end was their therapy sessions. 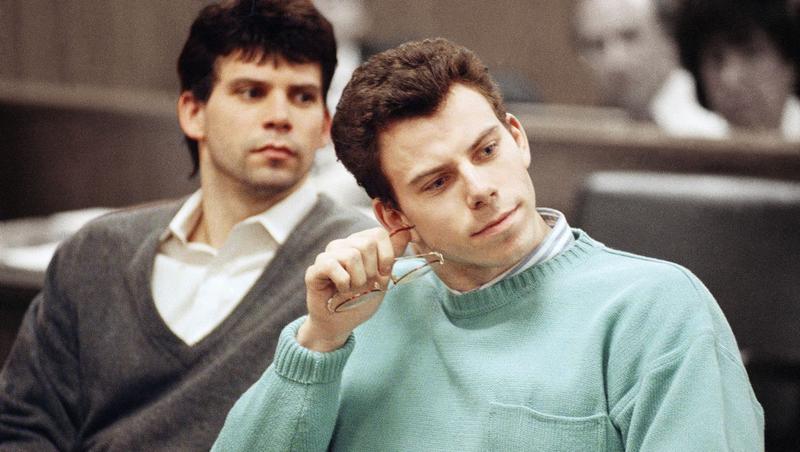 In the Menendez brothers' rebellious youth, their mother's therapist referred the two young men to Dr. Jerome Oziel, a Beverly Hills psychologist. Lyle and Erik developed a surprisingly solid relationship with Oziel, trusting him so much that Erik spilled about the murder during a taped therapy session. Once Lyle found out about the confession, the brothers allegedly threatened Oziel, and the therapist agreed not to release the tapes or tell the police what he knew. He did, however, talk about them with his girlfriend, Judalon Smyth, who contacted the Beverly Hills police and told them about the tapes, the shotguns that the brothers bought in San Diego, and their threats against Oziel. Lyle Menendez was arrested on March 8, 1990, while Erik was in Israel playing at a tennis tournament. One of his aunts convinced Erik to return to the States and turn himself in. 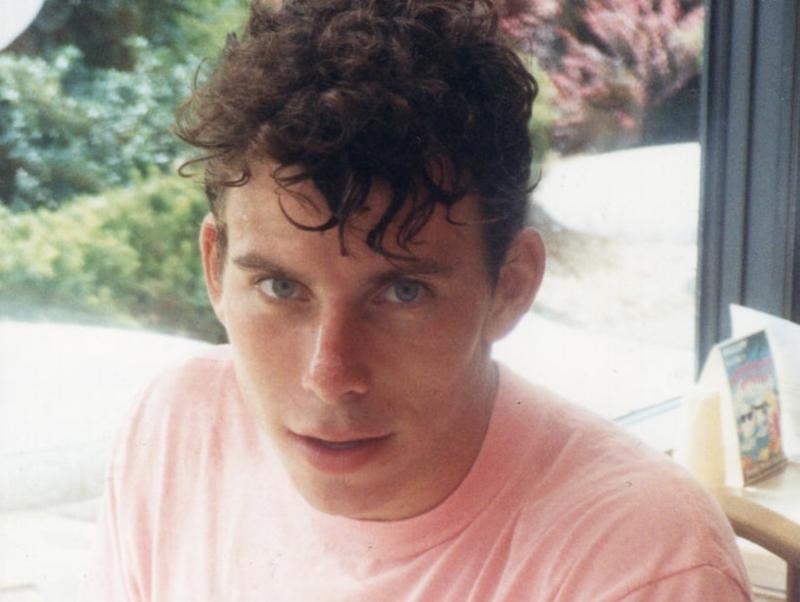 Erik Menendez seemed to really need to get the whole situation off his chest, and the urge happened to coincide with the screenwriting ambitions he harbored in addition to his pro tennis dreams. Even while the murders were still nothing more than a plan, he stole away to a small cabin with pal and tennis partner Craig Cignarelli, where the duo knocked out a 66-page screenplay called Friends in which the lead character kills five people, including his parents. Kitty Menendez even typed up some of the notes for the story of "Hamilton Cromwell," a wealthy young man who kills his parents for their fortune. 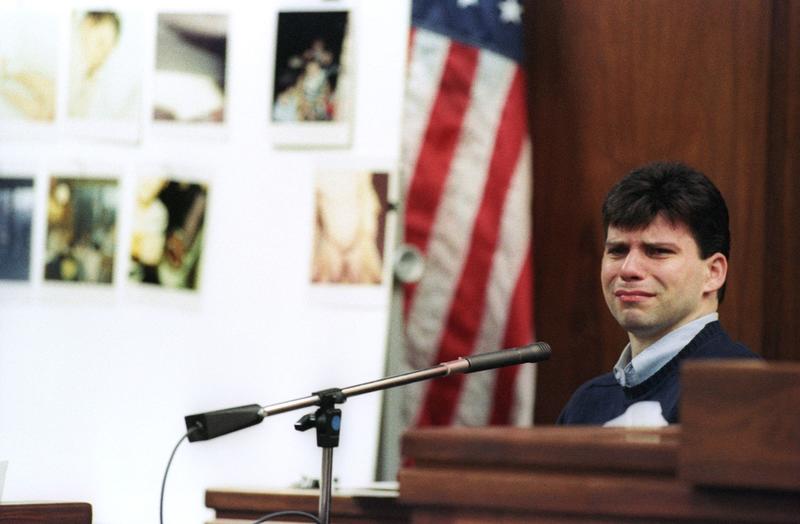 
They Almost Got Away With It

The trial of the Menendez brothers dragged on for nearly seven years, and with attorney Leslie Abramson on their side, it looked as if they might win. Abramson reframed the case against the Menendez brothers as a witch hunt, insisting that they were two good boys who had put up with a lifetime of sexual and physical abuse from their father, but with no evidence, it just became another strange facet to an already frenzied circus. Lyle and Erik were initially tried separately, but in January 1994, their respective juries deadlocked and both cases were deemed mistrials. A third trial in 1996 found them guilty of first-degree murder. 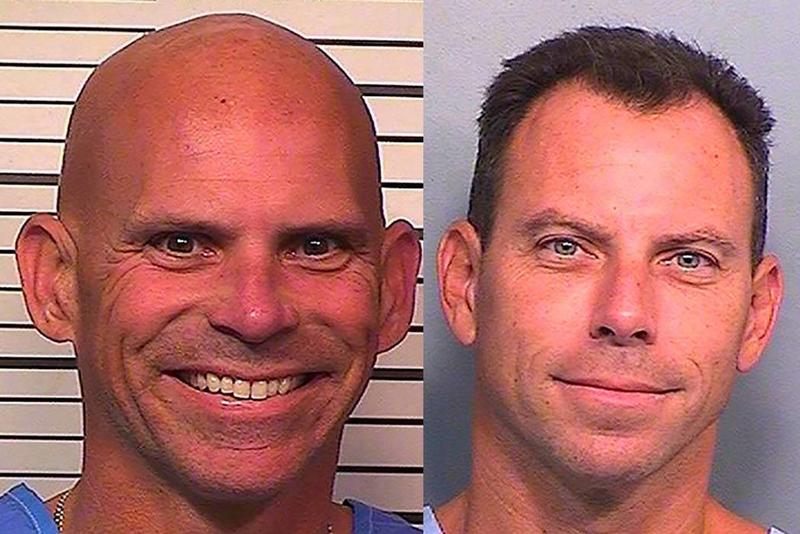 (AP/California Department of Corrections and Rehabilitation)

After they were sentenced to life in prison, the brothers were sent their separate ways by the California Department of Corrections, and they stayed apart for 22 years. In 2018, however, Lyle was transferred from the Mule Creek State Prison in Northern California to the Richard J. Donovan Correctional Facility in San Diego County, and a few months after his move, the brothers were placed in the same housing unit that was reserved for inmates who agree to undergo rehabilitation. Having not seen each other in over two decades, they were so overcome with joy to be together again that they collapsed into tears. They have, of course, both gotten married during their sentences.
Posted by free heip at 10:23