Things You Didn't Know About The March On Washington (1963) 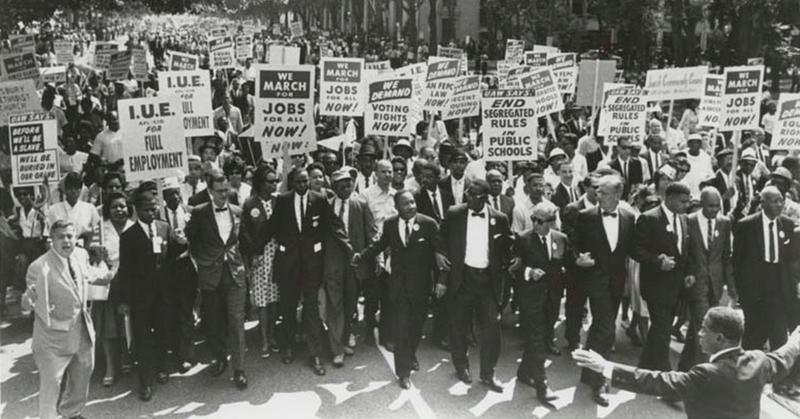 (Center for Jewish History, NYC/Wikimedia Commons)
If there's one thing that everyone knows about the March on Washington, it's that it was the site of Dr. Martin Luther King, Jr.'s "I Have a Dream" speech. They probably know even more—it was a watershed moment in the Civil Rights movement, some of the biggest names in hippie music performed there, it was in Washington—but it wasn't the big kumbaya moment it's presented as in the history books. Backroom deals, annoyed government officials, and bad vibes throughout the day all threatened to derail the good intentions of Dr. King. The fact that the march even happened, let alone became one of the most important moments in the Civil Rights movement, is astounding.

The March on Washington seems like a quintessentially '60s moment, but it had been brewing for decades. In fact, it almost happened in 1941, when A. Philip Randolph (the president of both the Brotherhood of Sleeping Car Porters and the Negro American Labor Council and vice president of the AFL-CIO) called for 100,000 black Americans to march on the nation's capital in protest of segregation and discrimination. The march would have taken place on July 1, 1941, but before it could happen, President Roosevelt signed Executive Order 8802, creating the Committee on Fair Employment Practice and becoming the first federal mandate for fair hiring in the defense industry. For a minute, it seemed like the march might not be necessary. 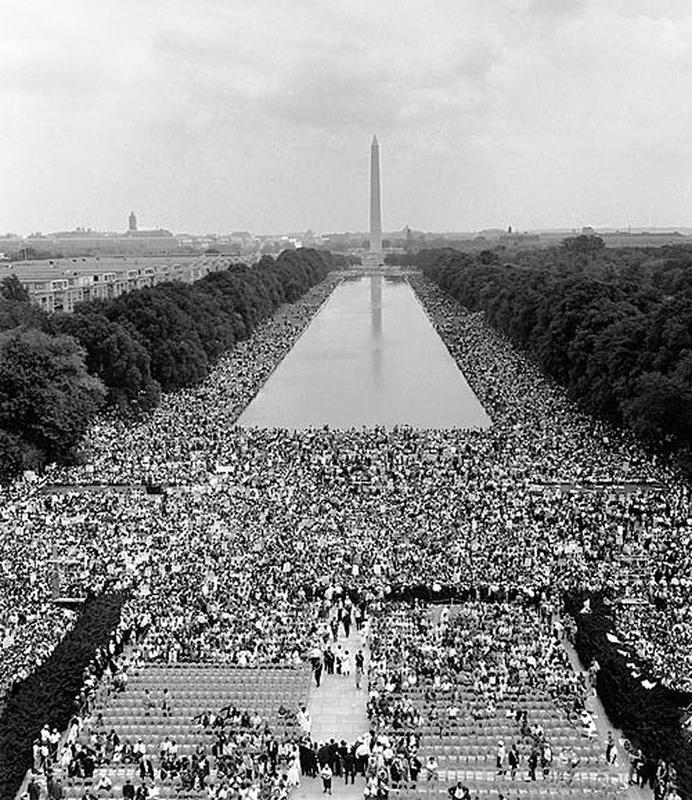 In the early '60s, the growing divide between black and white America and the prevailing conviction that the Kennedy administration didn't understand the plight of black Americans soon dispelled that hope, and a new march was planned by Randolph and Bayard Rustin. Initially, it was going to be two days long and include sit-ins as well as a huge rally at the Lincoln Memorial.
By June 1963, Randolph and Rustin had gained the support of multiple organizations and formed the Council for United Civil Rights Leadership, whose leaders became known as the "Big Six": Randolph, James Farmer, John Lewis, Roy Wilkins, Whitney Young, and Martin Luther King, Jr. 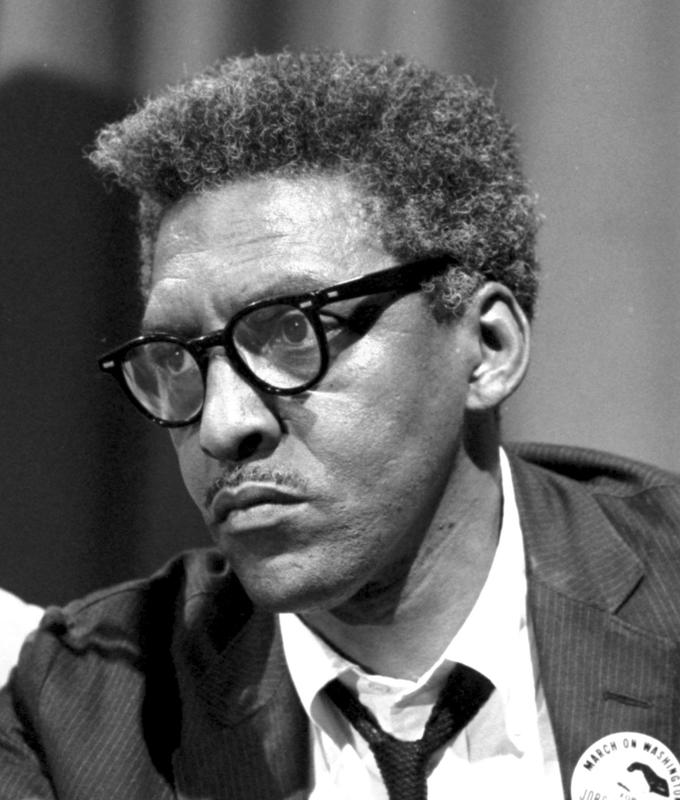 Were you surprised to learn that Dr. King wasn't the head honcho behind the March on Washington? So was everyone involved. Rustin—an openly gay, draft-dodging, socialist Quaker—was a controversial choice in 1963. He was also the most qualified, and he worked tirelessly to put the whole thing together. King, Randolph, and Farmer supported Rustin's leadership, but the group compromised and agreed that Randolph would be the official head of the march and Rustin would remain behind the scenes. 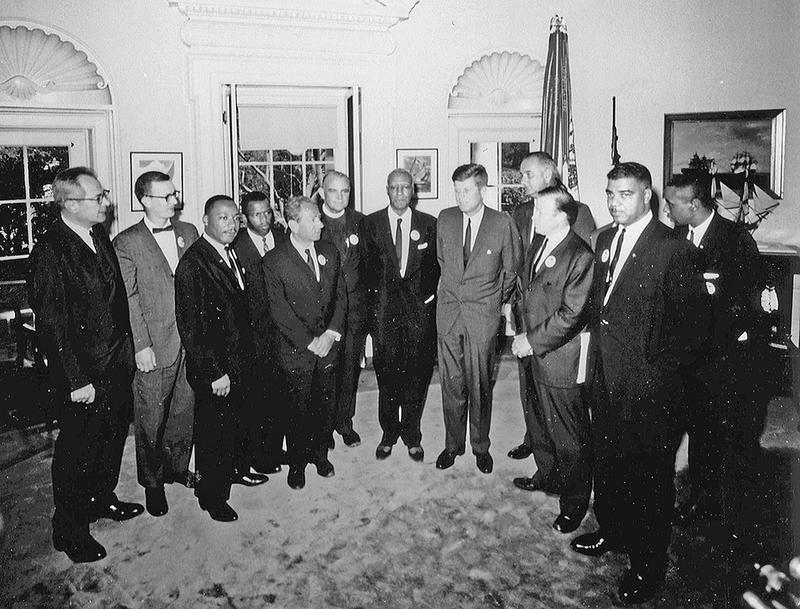 When the Big Six met with President Kennedy about the massive protest they were bringing to the capital, he was less than enthusiastic about the whole thing. He worried about the march creating "an atmosphere of intimidation" that would prevent any Civil Rights bill from getting through Congress, but the Six insisted that it would be be a peaceful gathering of like-minded individuals. According to the president's aides, after the meeting, he stated, "Well, if we can't stop it, we'll run the damn thing."
One of the many concessions that the Big Six had to make was that they wouldn't disparage Kennedy administration in any way. They made sure that the more radical groups involved in the march, the Congress of Racial Equality and the Student Nonviolent Coordinating Committee, kept their Kennedy bashing to a minimum, and they even censored Lewis's speech, which originally incited activists to continue marching through the South and compared them to General Sherman, the guy who burned down Atlanta. The administration asked Lewis to take things down a notch, but by the beginning of the march, he was still on the fence about acquiescing so easily to censorship. After Randolph asked him assuage the President, Lewis agreed but kept some criticism in his speech, declaring:

In good conscience, we cannot support wholeheartedly the administration's Civil Rights bill. There's not one thing in the bill that will protect our people from police brutality. 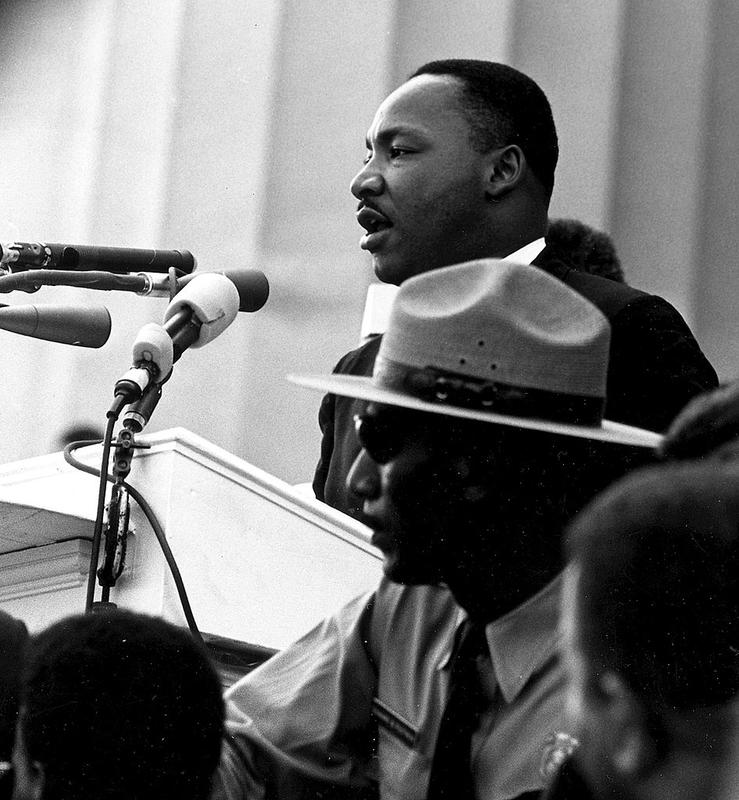 
The March Put King On The FBI's Notice

With all of the in-fighting and anger swirling at the center of the March on Washington, it's hard to remember that one of the most inspiring speeches of the 20th century and maybe all time came out of this ordeal. King was only supposed to speak for seven minutes, but he set aside his notes and spoke for a full 19 minutes to deliver his important message as fully as possible.
Unfortunately for King, the FBI was listening just as closely as the people at the march. Following the speech, the head of the FBI's domestic intelligence division, William Sullivan, wrote a memo to the Bureau about King:

[He is] head and shoulders over all other negro leaders put together when it comes to influencing great masses. We must mark him now, if we have not done so before, as the most dangerous negro of the future in this nation from the standpoint of communism, the negro, and national security.