This Is What Ancient Mesoamerican Ritual Human Sacrifice Was Really Like

Hundreds of thousands of people a year were sacrificed by the Aztecs around 1000 B.C., usually via the removal of the heart to appease their gods in times of famine, disease, or other social upheaval. Fun, right? Unfortunately, information about ritual sacrifice in both Mesoamerican and pre-Christian Western culture is scarce these days. Getting to the bottom of what really happened in these early religious cultures requires untangling a complex web of literature, art, and physical evidence, but historians have managed to pull out a thread or two.

Why Were Human Sacrifices Performed?

As far as we can tell, the Mesoamerican people usually performed ritual sacrifices to honor their gods or intimidate their enemies. If their success with the former is unclear, it was presumably extremely effective at the latter. These rituals weren't like what you may have seen in movies like Apocalypto or Indiana Jones And The Temple Of Doom. They were intense, structured works of religious theater performed by some of the most elite members of Aztec society, who didn't just decide one day that cutting the hearts out of their people sounded like a good time.
The Aztec creation myth describes the birth of the Earth and sky as a battle between the twin gods Quetzalcoatl and Tezcatlipoca and an Earth monster goddess with an insatiable hunger for everything the twin gods created. Just a mountain-munching and ocean-chugging machine. After they defeated her, the twins left her dismembered but allowed her to provide the people of Earth with provisions. It was believed that her hair created the trees, grass, and flowers, while her tears replenished the rivers and lakes. However, whenever the Sun set, she could be heard crying out for human blood. She threatened to stop bearing fruit unless she was fed, so the Mesoamerican people carved out the hearts of their sacrifices to placate her. 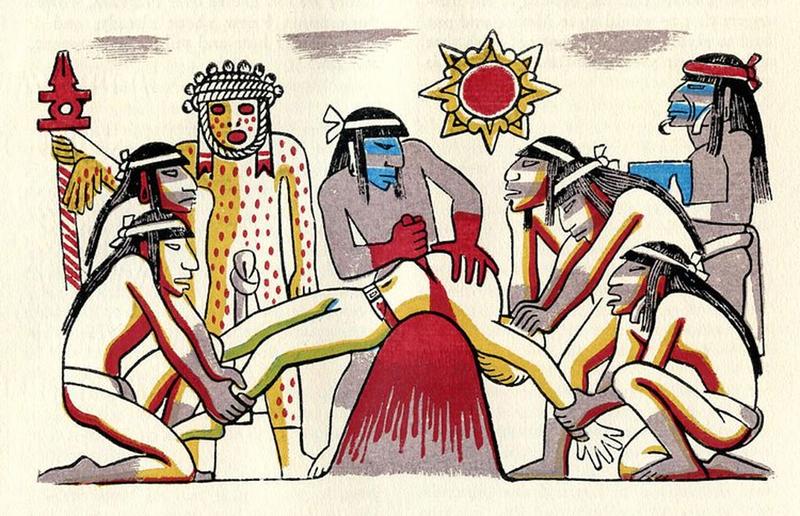 
How Were Heart Extractions Performed?

Ancient Mesoamericans took a surprisingly academic approach to heart extraction, which was performed in at least three different ways. The version of the ritual that was carried out most often is known as a subdiaphragmatic thoracotomy, in which the priest/surgeon created an incision directly below the ribs before going in and removing the heart by force. When they made two incisions between the ribs instead, this is known as intercostal thoracotomy, but sometimes, they just broke the sternum horizontally in what's known as a transverse bilateral thoracotomy. That last one may seem like a more straightforward approach to removing the heart, but cutting through the sternum is actually a lot harder than taking the scenic route.
The exact process of ritual human sacrifice depended largely on which god was the intended recipient. As the god of the night sky and change through conflict, for example, Tezcatlipoca received sacrifices which were gathered through a simple cut to the sternum, while sacrifices to Xipe Totec, the Mesoamerican god of spring and new vegetation, were taken through a slit in the rib cage. Sacrifices to Xipe Totec were always more complicated than removing a person's heart, as he also demanded their flaying, deflection, and dismemberment. He was kind of a jerk.

Different gods called for variations on the sacrifice 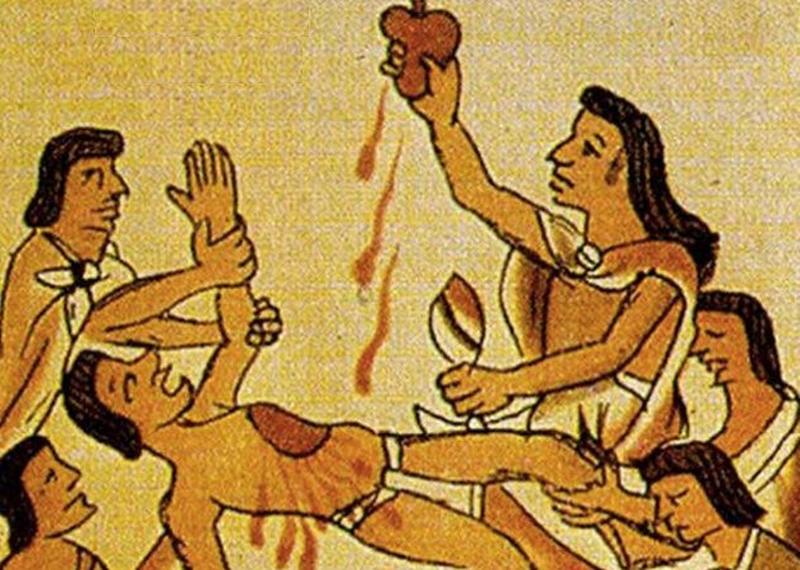 Who Were Human Sacrifices?

Regardless of who was on the receiving end of the sacrifice, the people on the receiving end of the blade were usually those of lower status or slaves. They certainly couldn't come from the elite class, who were the only ones with access to the education and instruments required to perform the rituals. As inhumane as this all sounds, it's important to note that people weren't being dragged out of their homes to be flayed alive. Many offered themselves willingly, believing it to be an honor to become food for the gods.
Posted by free heip at 06:06