Donald Trump tries hyping a coronavirus vaccine 'within weeks' despite Dr. Fauci saying country has to 'hunker down and get through this fall and winter'

President Donald Trump on Tuesday claimed the United States could have a coronavirus vaccine in four weeks as Dr. Anthony Fauci warned Americans to 'hunker down' to prepare to get through the winter.

His hopeful words come as the United States hit more than 6.57 million COVID infections and has had more than 194,000 deaths. There are three companies in the U.S. in the advanced clinical trials for a vaccine but experts aren't giving a specific timeline. 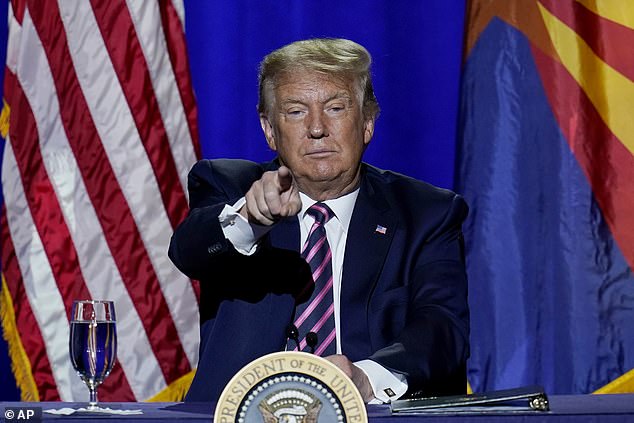 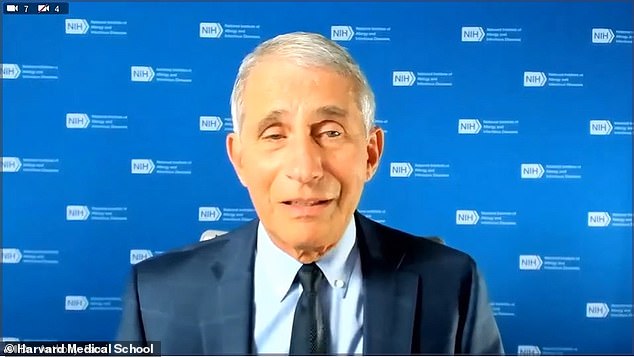 Meanwhile Dr. Anthony Fauci warned Americans to 'hunker down' to prepare to get through the winter

Fauci, the director of the National Institute of Allergy and Infectious Diseases, and other experts have said there could be a vaccine by the end of this year or the beginning of next year.

And he warned last week Americans need to prepare for a long winter.

'We need to hunker down and get through this fall and winter because it's not going to be easy,' Fauci during a panel discussion with Harvard Medical School.

He also said the vaccine trials are 'progressing very well' and he is hopeful that one will be available by the end of this year or by early 2021.

Trump, in his 47 minute interview on Fox News Tuesday morning, ramped up that timeline.

'It's going to be soon. Now will it be before the election? It could be in terms of if we have something and we'll start delivering it immediately upon getting it, but we're very close to getting the vaccine, and that's something I look forward to, and I think it be so good for the world not just for us, for the world,' he said.

He then bragged this timeline was only something his administration could achieve, getting in a hit at Democratic rival Joe Biden by saying such a fast pace could not be accomplished if Barack Obama was still president.

'If this were another administration , you would have been talking about two years, if you're lucky, before you got to this point,' he said.

'I'm not doing it for political reasons. I want the vaccine fast. If this were like I call it the O-Biden administration, you would not have a vaccine for year,' he said.

The race for a vaccine is on all over the globe to defeat the virus that has killed more than 925,000 people.

At the same time, nine pharmaceutical companies vowed earlier this month to uphold scientific standards and not be pressured to rush out a cure on a political timeline.

Chinese officials have said a vaccine being developed there may be ready for use by the general public as early as November.

China has four COVID vaccines in the final stage of clinical trials. But any vaccine would have to be cleared by the FDA in the United States. 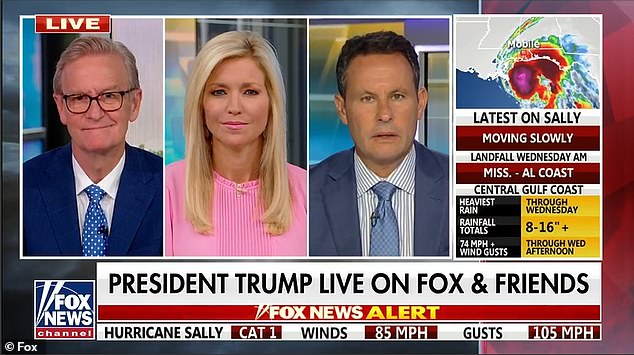 President Trump, in an interview with 'Fox & Friends' on Tuesday morning, bragged only his administration could get work done on a COVID cure so quickly 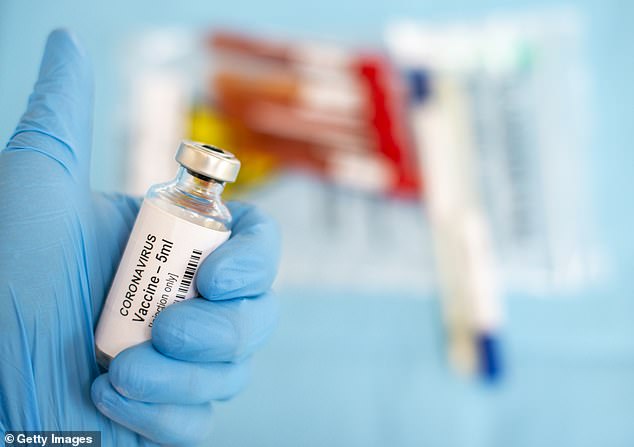 Meanwhile, Adar Poonawalla, the chief executive officer of the world's largest vaccine manufacturer, said on Monday that it would take until the end of 2024 for the entire world to be inoculated against the virus.

Poonawalla, the head of the Serum Institute of India, told the Financial Times that pharmaceutical companies are nowhere close to producing a vaccine on the massive scale required.