Horrifying moment thug kicks tiny dog across an elevator in front of its distraught owner - then stamps on the animal, leaving it with numerous injuries

Horrifying footage shows the moment a man savagely kicked a small dog across an elevator in Russia.

The tortured pet flew across the lift, hitting the wall, before the man stamped on it after the door closed.

The man's partner was seen distraught at his cruelty, in tears and begging him to stop, in CCTV footage which neighbours discovered by chance at the apartment block in Yekaterinburg.

The dog, named Nicole, was badly injured and an animal charity called in by police said the animal was 'in great pain'. 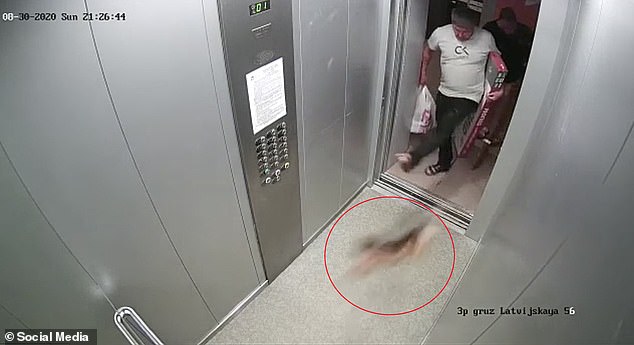 Cruel: This man booted a dog across an elevator with his left foot as he entered the lift in an apartment block in Yekaterinburg, Russia 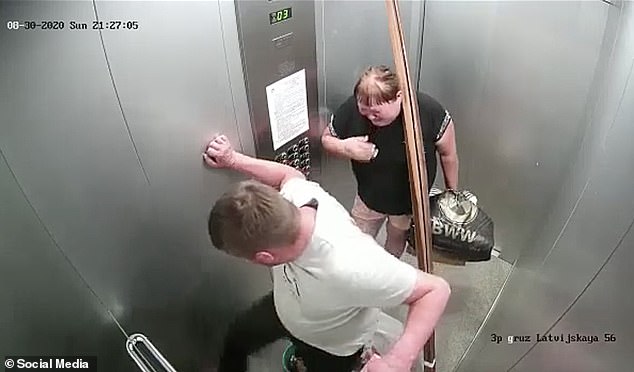 Second attack: After the lift door closed, the man stamped on the dog despite the woman being obviously upset

Police were called and the man was taken to a police station to be questioned, while the 4lb animal was examined by vets at a local clinic.

The pet suffered 'numerous haematomas [a swelling of blood], a fractured tooth, and a ruptured blood vessel', the animal charity said.

The man in the footage could face up to six months in prison under Russia's animal cruelty laws.

The woman told animal rights campaigners she had been living with the man for six months 'and this is the first time such an incident occurred'.

The man 'did not explain what had happened. He covered himself with a blanket and was silent.'

The footage was filmed late last Sunday night, according to the time stamp in the surveillance recording.

A neighbour said: 'We saw faeces in the lift and checked the footage from CCTV cameras to find out who did not clean up after their dog.

'When we saw what happened, we were horrified and called the police.' 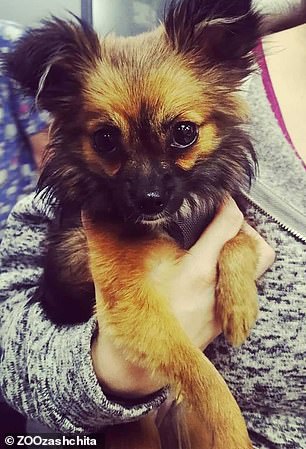 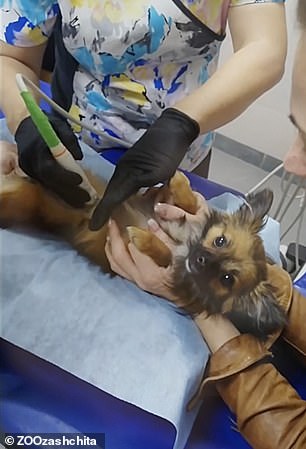 Recovery: The dog, named Nicole, was examined at a local vet after police were called following the discovery of the CCTV footage 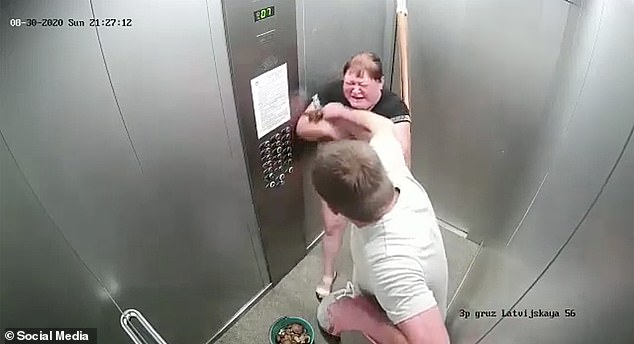 Distraught: The woman, who retrieved her dog after the man stamped on it, was visibly upset - but he continued to tug at the animal's head 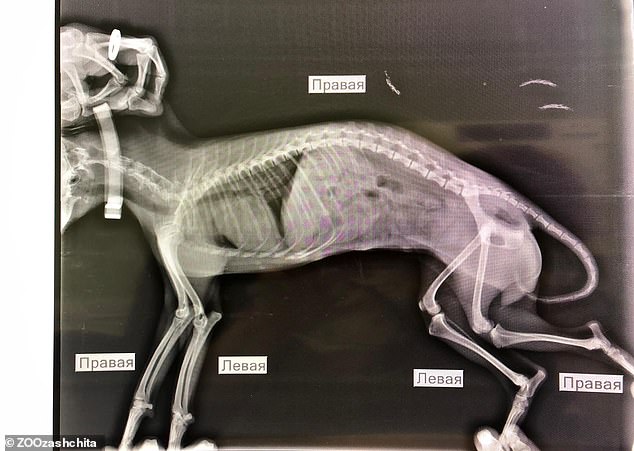 Inspection: An X-ray of the dog, which suffered 'numerous haematomas [a swelling of blood], a fractured tooth, and a ruptured blood vessel', an animal charity said