Lambs to the slaughter: Horrifying secret footage shows workers flinging young sheep around and brutally kicking them at Spanish slaughterhouse

This is the shocking footage of workers kicking and hitting lambs inside a slaughterhouse in Spain.

The video was sent to the animal rights NGO Equalia by an anonymous filmer who took it from outside a slaughterhouse in the city of Toledo, in the central Spanish province of the same name.

In the video, published online by Equalia on Thursday, the lambs can be seen being beaten, dragged by their legs or thrown through the air. 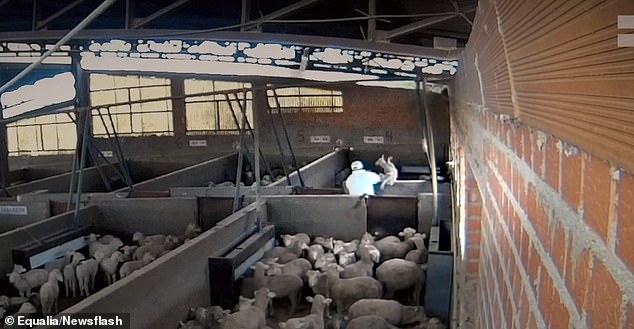 A worker at a slaughterhouse in the Spanish city of Toledo is seen cruelly throwing a young sheep from one pen into another. The secret footage was filmed from outside the slaughterhouse and sent to an animal rights NGO 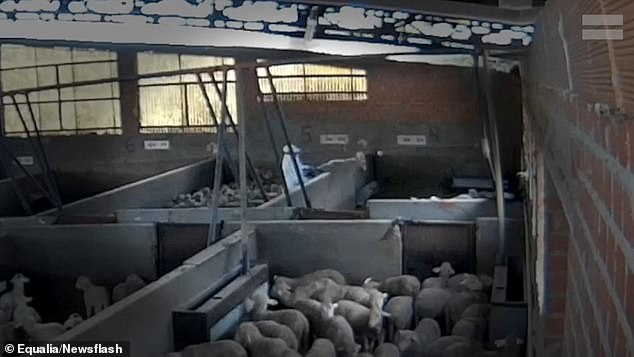 The video shows several lambs being thrown through the air. It is not clear what surface the animals landed on or whether they sustained injuries on impact 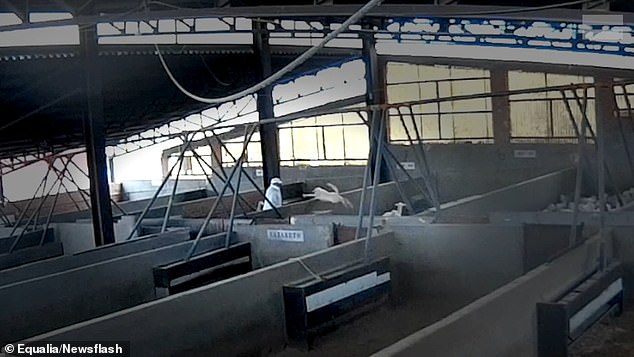 According to a press statement by Equalia: 'In the video, continuous irregularities in animal welfare are observed, such as lambs being beaten and kicked, or sick goats and lambs forced to walk towards the slaughter line.

'It can also be observed how food safety and hygiene regulations are violated, when operators, outside their working hours, introduce a group of more than fifty unidentified lambs, placing the ear tags already inside the same pen.

'As they are not identified, the traceability of the animal is lost, which can be a public health problem. In addition, an operator repeatedly urinates in the pens where the animals are housed.'

According to Equalia spokesperson Maria Villaluenga in an interview with Newsflash, they have spent the last two years working on an official decree for the mandatory installation of surveillance cameras by the Ministry of Consumption. 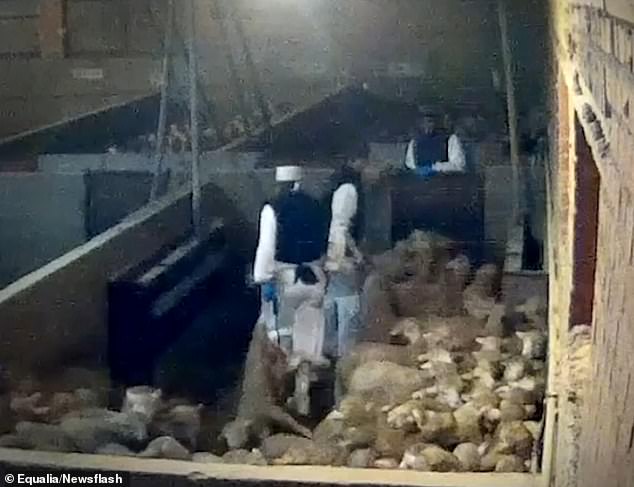 Sheep are dragged from their pens by their hind legs in the video. Equalia, the animal rights NGO that published the footage on Thursday, has said the video shows irregularities in animal welfare 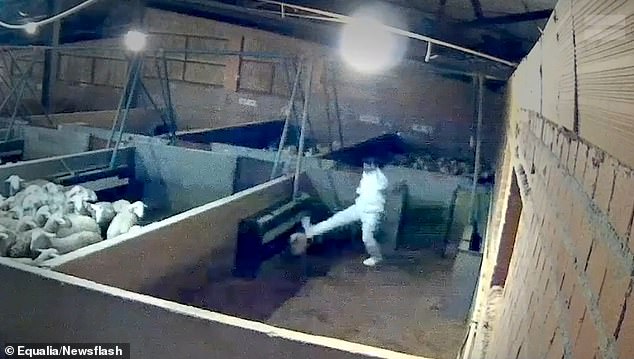 A slaughterhouse worker kicks a defenceless sheep in Toledo, Spain. Animal rights group Equalia warned of the hygiene and food safety hazards that seem to be being created in the video 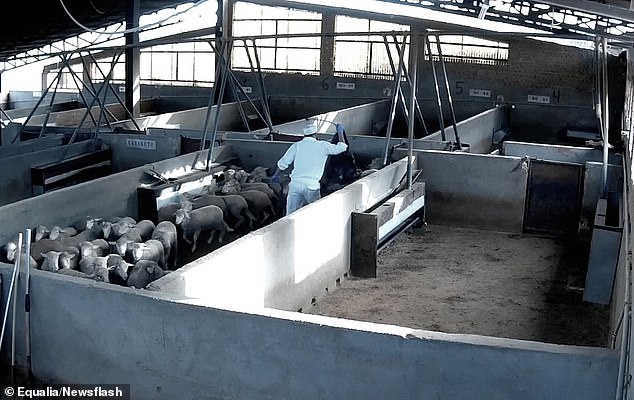 Not only are the slaughterhouse workers seen beating the animals (as above), but the men were caught on camera urinating in the very same pens where the animals are kept

Equalia launched its Right to Information campaign at the end of 2018, by which it calls for the installation by law of video surveillance cameras in all slaughterhouses, as a tool to support veterinary work, to guarantee compliance with animal welfare standards and food safety.

Maria said: 'The installation of CCTV cameras will help avoid the recurrence of these breaches of animal welfare.'

The spokesperson says they estimate that currently 70 per cent of all animals are already slaughtered in slaughterhouses with video surveillance cameras, following the action protocol proposed by Equalia, and that they are set to debate the decree in parliament soon.