Leap of faith: Daredevil plunges 230 feet as he jumps from the longest rope swing in Yosemite Valley

This is the heartstopping moment a man leaps into the abyss at the Yosemite National Park in California's Sierra Nevada mountains.

The daredevil films himself using a 360 degree camera as he jumps off a viewing platform more than 1,000 feet above the rocks below.

The footage shows the man hurtling down the side of the mountain when the rope suddenly tightens up and leaves him swinging mid-air. 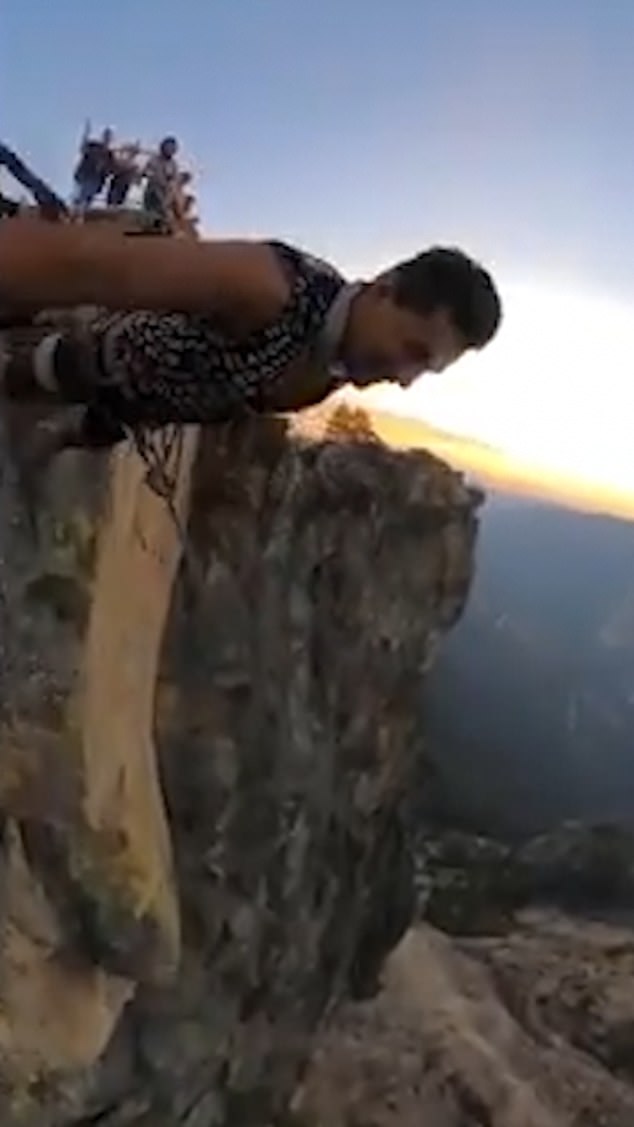 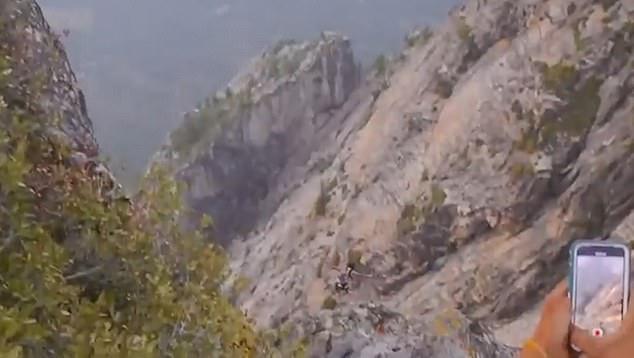 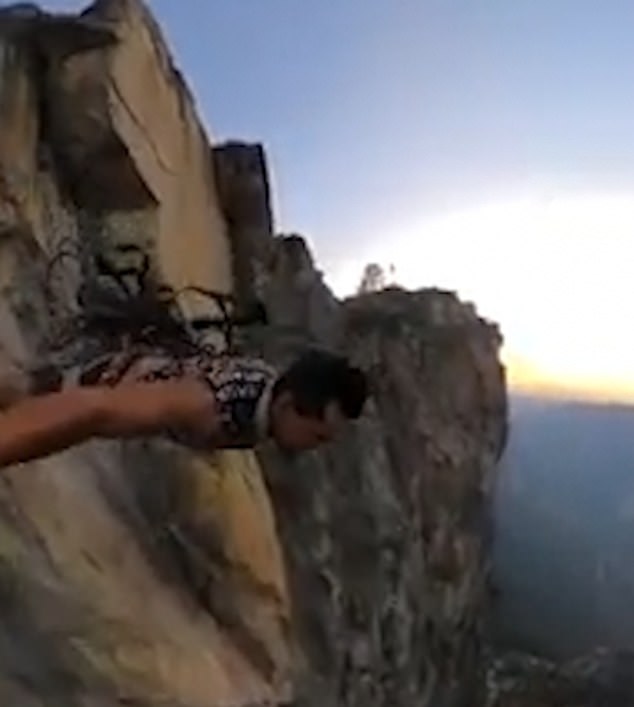 According to notes attached to the video: 'This rope swing has only been rigged three times and two of those times by our crew.

'It's rigged off the currently longest highlilne in Yosemite which is a 1,000 feet long. The jump is 230 feet into the abyss.'

The footage, which was filmed earlier this month, has been viewed widely on the internet because of the man's apparent fearless actions.

Some 200 people a year need to be rescued after having an accident while climbing in the Yosemite National Park.

Search and rescue teams blame selfies for much of their workload as people seek more audacious images to put on their Instagram pages.