Los Pobladores: The 44 Mexican-Indigenous People Who Founded Los Angeles In 1781 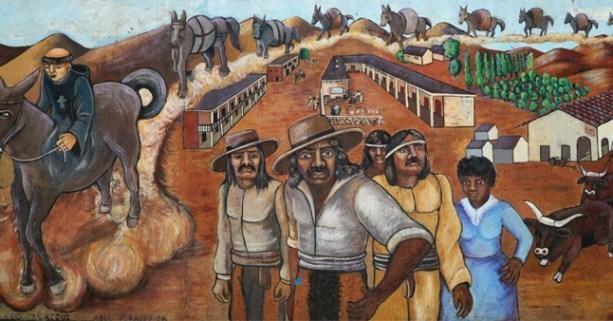 Los Angeles is a city of constant reinvention. There's the past that the city remembers and the past that the city rewrites until the real story is forgotten. One such part of that past is the actual founding of Los Angeles by a group of Mexican and Indigenous people known as Los Pobladores, a collection of 44 settlers who came to to Los Angeles in 1781. The group was a racially diverse collection of men and women who built a pueblo community that expanded across the city as we know it today, and without their bravery and commitment, who knows if Los Angeles would even be on the map today?

Before El Pueblo de los Angeles was a dream in the hearts of the Mexican people, the entire Southern California coastal area was settled by the Chumash and the Tongva tribe. There was a small Tongva settlement in what we now know as Los Angeles that was named "Iyáangẚ," or "poison oak place." In 1542, the area was colonized by explorer Juan Rodríguez Cabrillo, who claimed the southern Pacific coast in the name of Spain. Two centuries later, Gaspar de Portolà and Franciscan missionary Juan Crespí made their way up the coast to settle the Monterey presidio, so the Spanish were all over Southern California by the late 1700s; they just hadn't settled in the Los Angeles area yet. 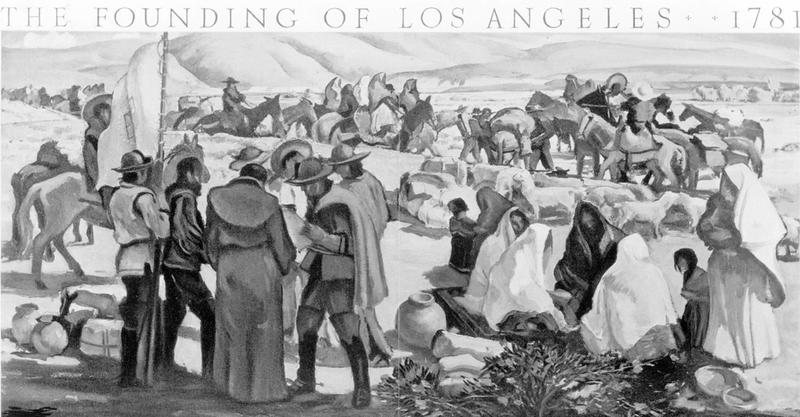 By 1775, the major gaps between Spain's settlements in California became evident. The 200 miles that stretched from San Luis Obispo to San Gabriel, for example, were totally empty. California's then-governor, Felipe de Neve, decided to take action and decreed that a presidio be placed in the area now known as Santa Barbara and a pueblo constructed in present-day Los Angeles.

De Neve selected a group of 44 settlers from the Mexican states of Sonora and Sinaloa to travel to the future site of Los Angeles and create a community called El Pueblo de Nuestra Señora la Reina de los Ángeles, or "The Town of Our Lady the Queen of the Angels." While the group was mostly made up of Mestizo, Indigenous, and African members, two white Spaniards joined them. Half of them were children, and the group consisted entirely of married couples and families.

After meeting in Alamos to get supplies, horses, and clothing, the group's few single people got married almost as an afterthought, as if it was just another box to check off before beginning the journey. Growing the settlement was important, and that meant lots of children, which meant lots of marriage. As culturally diverse as the group was, indigenous women who were baptized were married to indigenous men who spoke the same language and had similar backgrounds, while men and women of Spanish heritage were bound in their own unions. 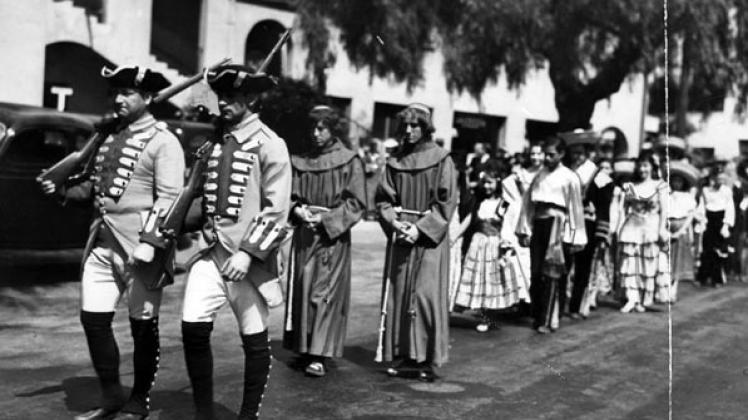 Run-Ins With The Natives

In February 1781, Los Pobladores took the Mayo River to the pueblo in Santa Cruz. The trip was delayed by three or four months by a stay at the presidio in Loreto, likely due to an outbreak of smallpox on board the group's ship as they made their way across the Gulf of California.

Once everyone was good to go, the party went forth on foot, traveling through land controlled by local natives, not the Spanish. The natives were less than welcoming to the travelers, and they really didn't like the Spanish soldiers who were watching over Los Pobladores. Tensions between the settlers and the natives never turned violent, but the indigenous people of the area did take to burning grass in front of the travelers to slow them down. Even in the 18th century, traffic was an issue in Los Angeles. 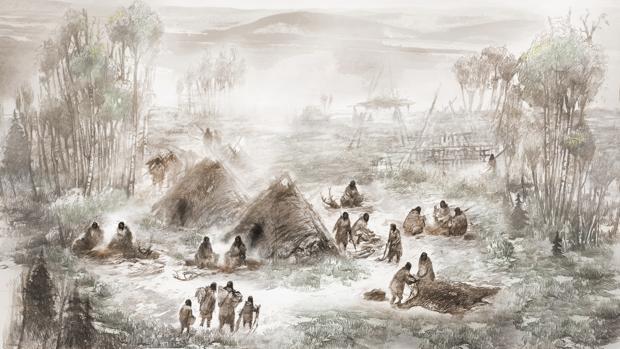 On The Move Even After Settlement

Aside from all the grass burning and smallpox, the trip was smooth sailing for Los Pobladores. The group arrived safely in modern-day Los Angeles, and on September 4, 1781, house lots and fields were divided up for each family. Records of the time don't indicate why September 4 was chosen as the dedication day, but exactly five years later, Lieutenant Arguello was sent from San Francisco to confirm the lots.

What we do know is that once the settlers, you know, settled in, they built makeshift homes from willow branches, tule reeds, and mud. These worked great for a while, but after a series of floods, the little pueblo was moved to an area near the Old Plaza Church on Main. They moved one more time to a spot near Alameda and Macy.

It's Good To Be A Pobladore

By 1820, El Pueblo de los Angeles claimed a population of 650 residents, and many of the original settlers who stayed in the pueblo became major players in Los Angeles as it grew from a small settlement to a large ranching community. They were granted huge plots of land as payment from the Spanish government, and as their families intermingled, those lands increased in size and value. Many of them have become some of the most well-known areas in the city. Today, the settlers are commemorated in the historic district of Los Angeles Pueblo Plaza and Olvera Street, but Angelenos of all stripes should keep these 44 settlers in their hearts and minds.