Piggly Wiggly: The First Supermarket That Let You Pick Out Your Own Food 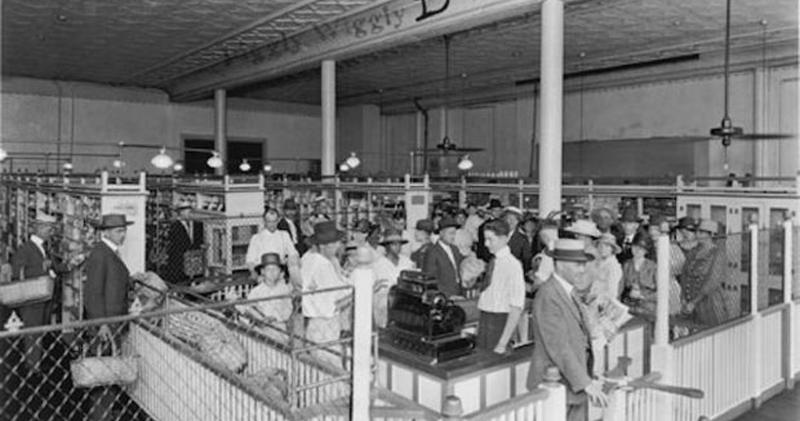 Going to the grocery store in the early 1900s was nothing like what it is today. Instead of rolling in with a cart and grabbing things off the shelves to the strains of the in-store audio system's tasteful muzak, customers handed their shopping lists to a clerk who would collect the groceries for them. This kind of "full-service" shop was perfect for preventing theft and a premium customer experience, but it was an expensive way to do business.

In 1916, a grocery store with a silly name changed that forever. Piggly Wiggly allowed customers to stroll freely, gathering what they wanted at their leisure. Customers loved the new, lower prices of this "self-service" model, and the paradigm of the shopper-grocer relationship irrevocably shifted.

Founded on September 6, 1916 in Memphis, Tennessee, Piggly Wiggly was the first self-service grocery store in the United States. Back in those days, however, there was no social media, no television, and really, no way to get the word out about a new business without causing a scene, so that's exactly what Clarence Saunders did. Aside from promising to host a "beauty contest," Saunders made sure he was out in front of the doors to greet every customer and make them feel welcome. He shook everyone's hand and gave out flowers and balloons to children while a "brass band serenaded visitors in the lobby." This personal touch, alongside the lowest prices in town, was the key to keeping customers coming back. 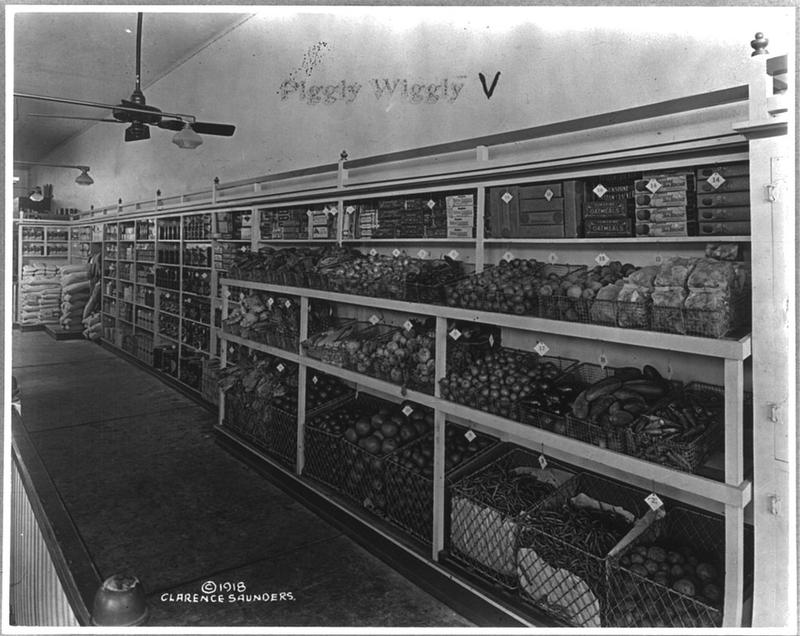 The Advent Of Impulse Shopping

By the end of 1916, Piggly Wiggly had expanded to nine locations in the Memphis area, but no one could understand how they could possibly be making money. If you let customers just paw recklessly at the merchandise, won't they rob you blind? No, it turns out. Piggly Wiggly didn't have a problem with theft, and even if they did, the new opportunity for impulse shopping more than made up for it. Once customers were allowed to stalk the aisles all on their lonesome, they were also allowed to decide to pick up something that wasn't on their list. More often than not, they did, and they still do. In 2018, grocery shoppers spent up to $5,400 a year on impulse purchases. 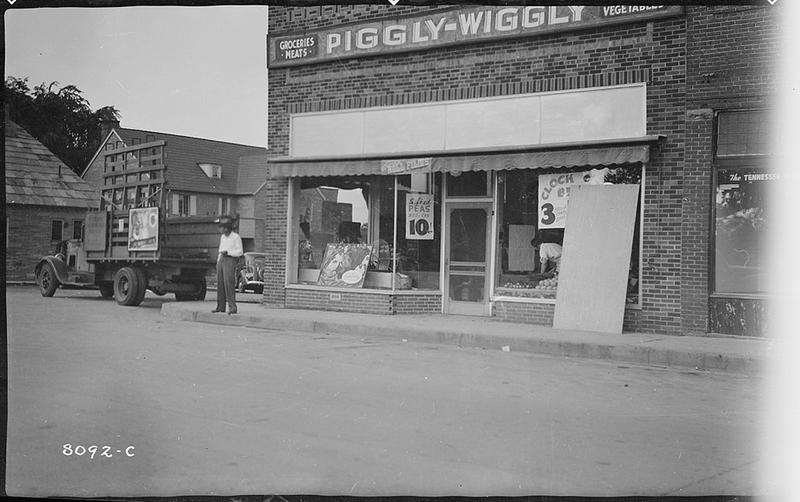 "Piggly Wiggly" is such a strange name that you'd think it would have a very specific origin story. According to one urban legend, Saunders was riding a train when he "looked out his window and saw several little pigs struggling to get under a fence, which prompted him to think of the rhyme," but usually, when people asked him why he'd chosen such a weird name, he responded "So people will ask that very question."

Piggly Wiggly certainly wasn't the last creation Saunders bestowed with an odd name. He went on to develop Keedoozle and Foodelectric, both of which were concepts for fully automated grocery stores. 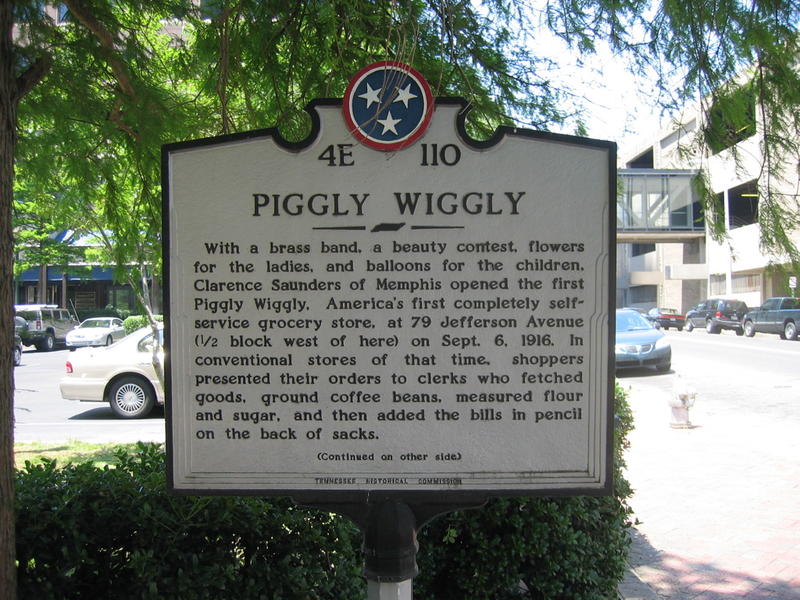 It may not be the most well-known grocery store chain, but Piggly Wiggly is still up and running today. Throughout the years, it's been bought and sold by various wholesale grocery distribution companies (by 1920, Saunders had lost control of the company by issuing stock and prolifically franchising), but it remains the same charming, quirky place that it was in 1916, at least in the South. You're not going to find a Piggly Wiggly west of Oklahoma or anywhere in New England, but Alabama alone boasts more than 100 locations. Even within that limited Southern/Midwestern sphere, they tend to shun big cities and stick to medium and small towns.

It might seem like a business disaster, but it's actually a brilliant strategy. There's less competition from big box chains like Wal-Mart or Safeway in those small towns, and by staying rural, they maintain a loyal customer base, providing inexpensive groceries to people who would otherwise have to travel to a major city. At least until Instacart comes to town.