Princess Diana's Death: How It Happened, Conspiracy Theories, And The Aftermath 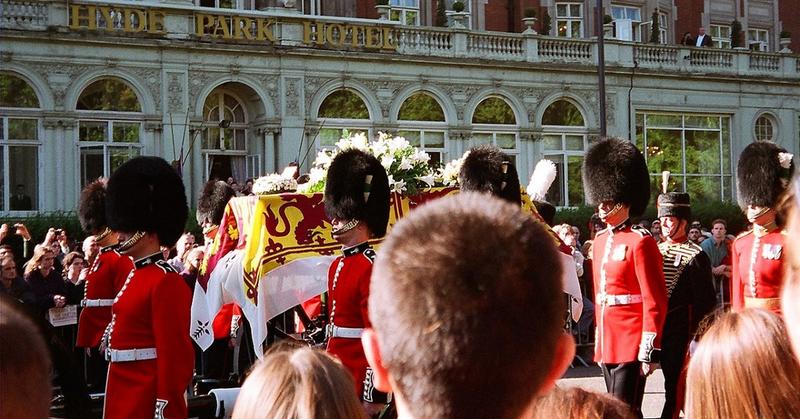 Diana's coffin, draped in the royal standard with an ermine border, borne through the streets of London on its way to Westminster Abbey. (Paddy Briggs/Wikimedia Commons)
Her royal subjects thought her life was a fairy tale, but Princess Diana was trapped in a nightmare. Behind the glitz and glamour, she struggled to maintain her marriage to a man who didn't love her while raising two children and supporting a variety of noble causes. Following her divorce from Charles and extraction from the royal family, it looked like Diana was going to get the life she deserved, but only a year later, on August 31, 1997, she was dead. In the decades following her death in the Pont de l'Alma tunnel in Paris, questions have been raised, conspiracies have been concocted, and the world has become a much darker place.

On July 29, 1981, Diana Frances Spencer became Diana, Princess of Wales. She married Prince Charles, the heir apparent, after a brief engagement that saw the world fawn over her. How could we not? Diana was gorgeous and kind, and in interviews, she seemed to be just as gobsmacked by her own fairy tale as everyone else.
Behind the scenes, however, things weren't all they were cracked up to be. Diana was the third wheel in her own marriage, the other woman to Camilla Parker Bowles, an ex-girlfriend from Charles's youth whom he had never stopped loving. By 1989, Diana became aware of Charles and Camilla's ongoing affair, but it's likely that they had never stopped seeing each other. As her marriage fell apart at the seams, however, Diana's star was rising among people across the Western world. She performed extensive charity work, acting as a patron for dozens of organizations while working to destigmatize HIV and AIDS. 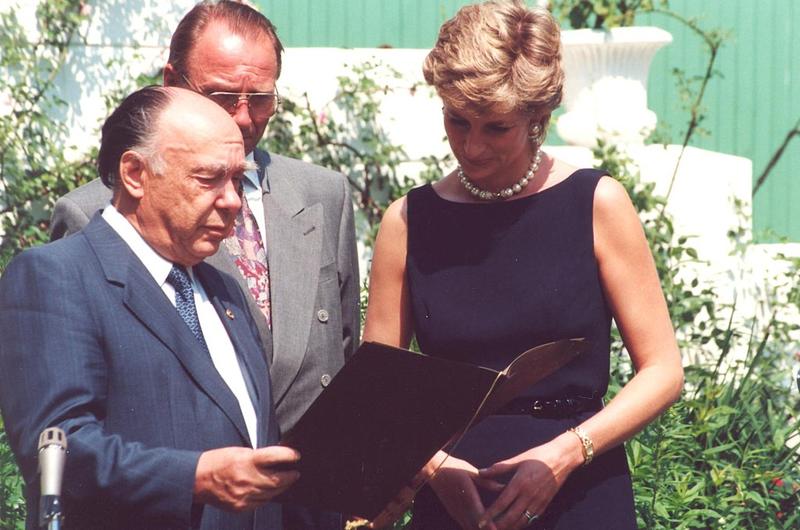 In 1995, it became abundantly clear that Charles and Diana's relationship was more about keeping up appearances than anything resembling love. While speaking with Martin Bashir on the BBC's Panorama, Diana revealed to the world her struggles with bulimia, self harm, and the ongoing disaster that was her relationship with Charles and Camilla Parker Bowles. The interview was the first public acknowledgement that life in the royal family wasn't ideal and caused so much bad blood between Diana and Charles that Queen Elizabeth had to intervene and ask the pair to call it. Their divorce was finalized on August 28, 1996 and left Diana with a £17 million settlement.
With all the money she could ever need and freedom from the restrictions of the royal family, she devoted herself to her charity work, but she continued to be hounded by the paparazzi. She was photographed constantly and connected to a few different eligible bachelors until she fell for Dodi Al-Fayed, an Egyptian film producer and son of billionaire Mohamed Al-Fayed. As she grew closer to Al-Fayed, she introduced him to her sons, William and Harry, and even brought the boys to stay with her at Al-Fayed's 30-bedroom villa, Castle St. Therese. When the summer came to an end, the couple traveled to Paris on August 30. 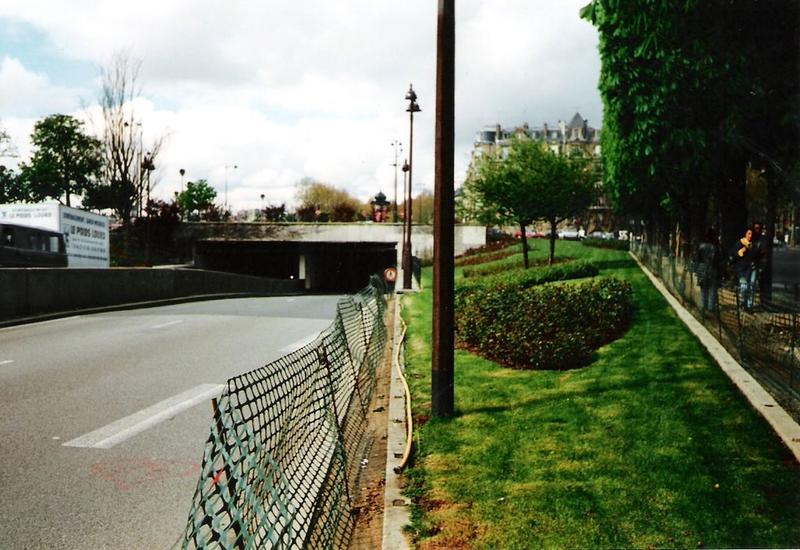 The Alma tunnel in Paris, where Princess Diana died in a car crash. (Erik1980/Wikimedia Commons)

After arriving in Paris, the couple had dinner at the Ritz before taking off quickly to avoid photographers just after midnight on August 31, 1997. As they raced through the Pont de l'Alma, they were chased by photographers who hung from the backs of motorcycles that were more than prepared to go engine-to-engine with a Mercedes. The car crashed mid-escape, killing Diana, Al-Fayed, and the acting security manager of the Hôtel Ritz Paris, Henri Paul, who was driving the car. The only survivor of the crash was Diana's bodyguard, Trevor Rees-Jones, who suffered a major cranial injury and remembers very little of the night in question.
The sad truth of Diana's death is that it was probably the depressing result of a bunch of unsafe drivers crowding a narrow tunnel, fueled by the public's dangerous obsession with the rich and famous. Still, despite a mountain of evidence to the contrary, conspiracy theorists have proposed a litany of alternative explanations for Diana's death over the years that blame everyone from her driver to the royal family. 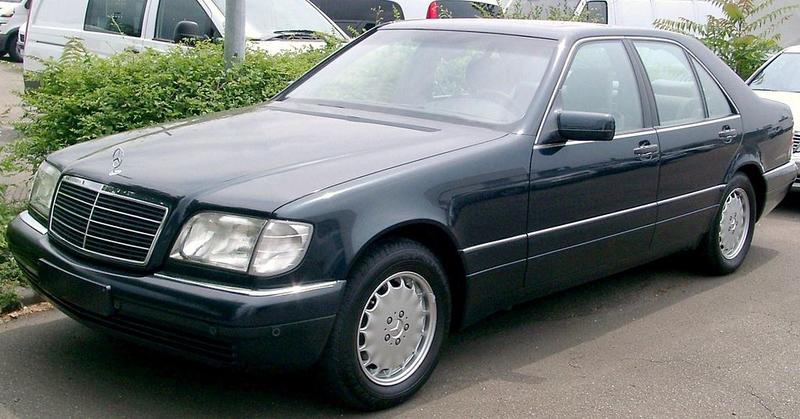 A Mercedes-Benz W140, similar to the one involved in the accident. (Rudolf Stricker/Wikimedia Commons)

Theorists have suggested that Diana's driver that night, Henri Paul, was on the payroll of a national security service. Which one? Take your pick. Some believe he was employed by Britain, others France or even the United States, and that he was set up in some kind of vague scheme that no one seems to understand. They cite the suspicious amount of cash in the security guard's possession, both in his bank account and on his physical body, at the time of the crash as evidence that he was up to something, but nothing has ever tied him to MI6 or any other national intelligence agency.
Others, including Mohamed Al-Fayed, have floated the theory that the royal family refused to "accept that an Egyptian Muslim could eventually be the stepfather of the future King of England," so they did what any respectable government would do and took her out. Al-Fayed believes that Diana was pregnant with his son's child and a marriage was imminent, but examination of her body following her death revealed no sign of pregnancy, although Al-Fayed claims she was deliberately embalmed to conceal it. Diana herself did believe at one point that her then-husband intended to stage a car accident "to make the path clear for Charles to marry," but by her death, that path had already been carved to smithereens. 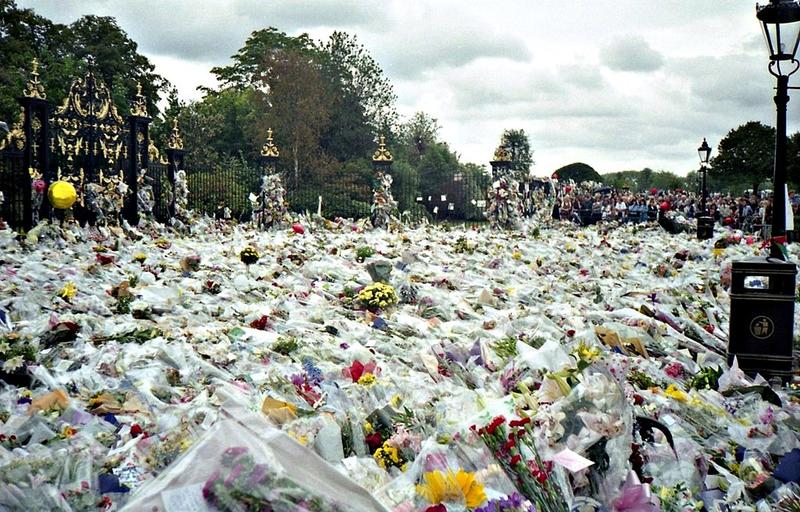 
The Aftermath Of Princess Diana's Death

After all the conspiracy theories and hand wringing, authorities have never found any real evidence of wrongdoing in the death of Princess Diana. Independent investigations by Britain and France found no evidence of foul play, and Judge Hervé Stephan even ruled that the paparazzi were a safe distance from her car when the crash occurred.
Diana was buried at her family estate in Althorp, England after an estimated 2.5 billion people tuned in to watch her funeral live at Westminster Abbey while an additional million waited on the streets of London to say goodbye. Even now, decades after her death, Diana is still one of the most talked-about celebrities on the planet.
Posted by free heip at 09:11