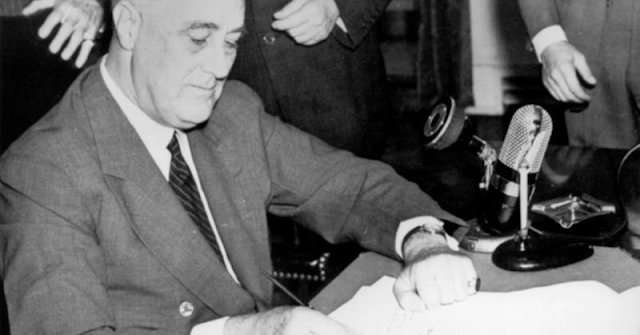 Conscription, or the draft, is something that every young man in America thinks about when they turn 17. In order to do anything—get a driver's license, vote, or just move freely throughout the states without a hassle—you've got to sign up for the draft, whether we're at war or not. This hasn't always been the case: For most of the country's young life, Americans have only had to sign up for the draft when there's an actual war on, but in 1940, President Franklin D. Roosevelt signed the Selective Training and Service Act, creating the first draft in the United States.

History Of The Draft In The U.S.

FDR didn't just create the first draft out of thin air. Conscription has always been a thing, but it was never used in peacetime. During the colonial era, able-bodied men were drafted into local militias, and in the Civil War, Southerners and Northerners were obligated to their respective armies. During World War I, Woodrow Wilson drew up a draft order after only 73,000 men joined the military of their own volition. The thing that differentiates all of these drafts from the one FDR drew up in 1940 is that they ended eventually. In FDR's vision of conscription, the draft never stopped. 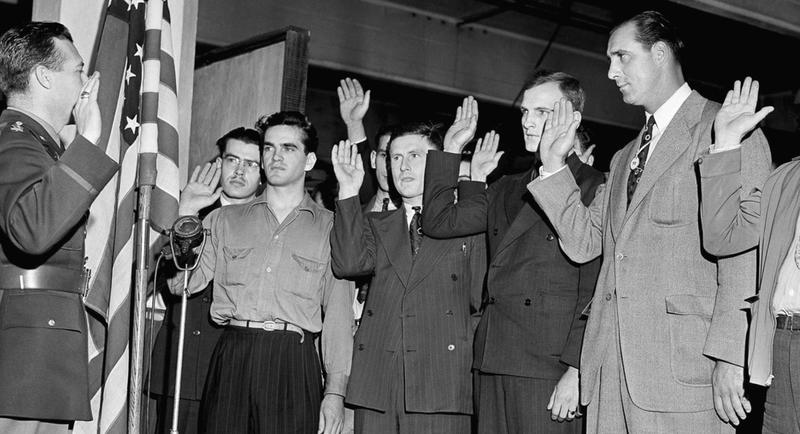 Support For The Draft

After Germany conquered France in 1940, it was clear that it was only a matter of time before the young men of the U.S. would head off to war. That summer, LIFE Magazine conducted a series of surveys of young people to find out where they were at with this whole war thing, and 68.9% of them said that military training should be compulsory. Meanwhile, 66% of Americans believed that Germany would be a major problem for the U.S. following the fall of France, and 71% of Americans wanted "the immediate adoption of compulsory military training for all young men." 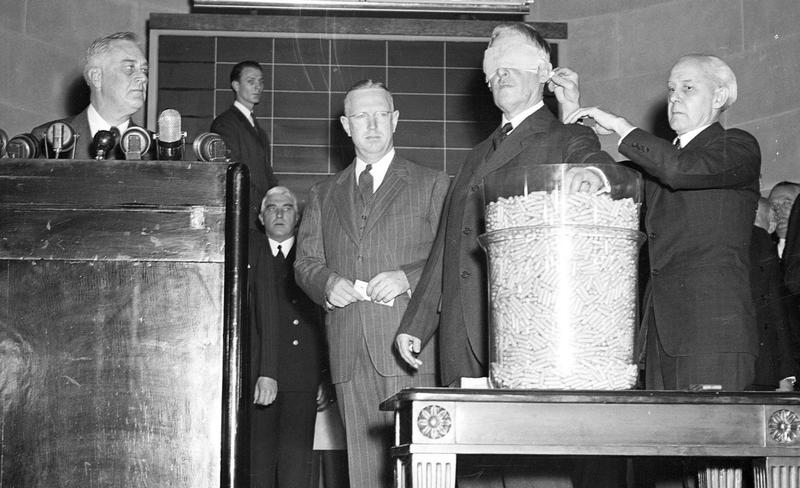 Although the U.S. didn't enter World War II until late in the next year, the Burke-Wadsworth Act, or Selective Training and Service Act, was signed on September 16, 1940, becoming the first peacetime draft in the history of the United States. The law required men between the ages of 21 and 45 to register for the draft but capped the number of men who could train at any given time at 900,000 and limited the required length of military service to 12 months. Of course, by the time the U.S. entered World War II, many of the initial limits laid out by the Act were either extended or changed completely. 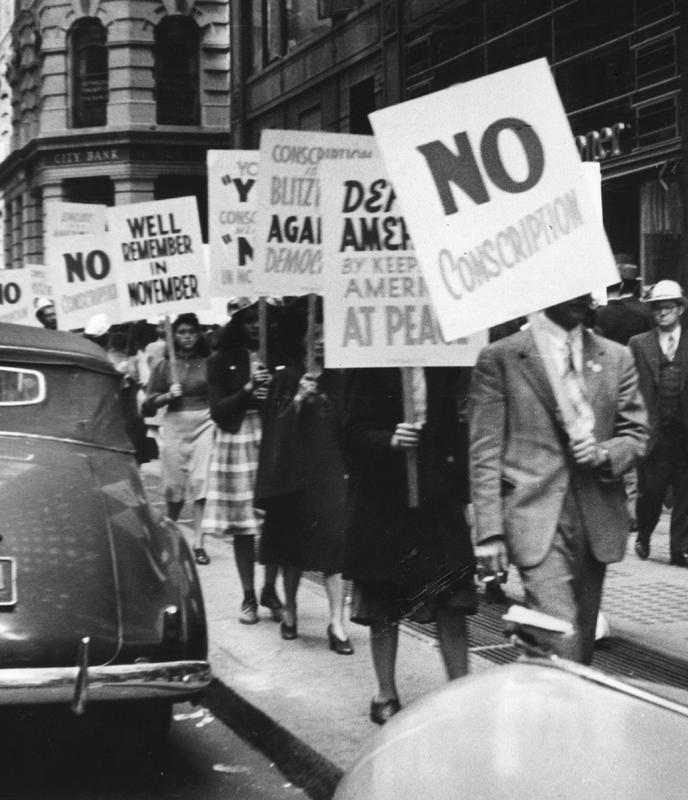 Believed it or not, the Selective Training and Service Act made an exemption for conscientious objectors, or people whose religious or moral beliefs preclude fighting in war. It stated:

Nothing contained in this act shall be constructed to require any person to be subject to combatant training and service in the land and naval forces of the United States who, by reason of religious training and belief, is conscientiously opposed to participation in war in any form.

Specifically, those who signed on as conscientious objectors were to be given noncombatant roles in the military. It seemed like a win-win: The military got the support personnel it needed, and people who found war distasteful didn't have to get tangled up in it.

Nearly all of the conscientious objectors were Quakers, but at least 75% of the Quakers who enlisted ended up fighting in the war anyway, while those who managed to score noncombatant roles worked in Civilian Public Service Camps for long hours and no pay. Conscientious objectors who didn't sign up for the draft faced jail time, and between 5,000 and 6,000 people, most of whom were Jehovah’s Witnesses, ended up doing so. 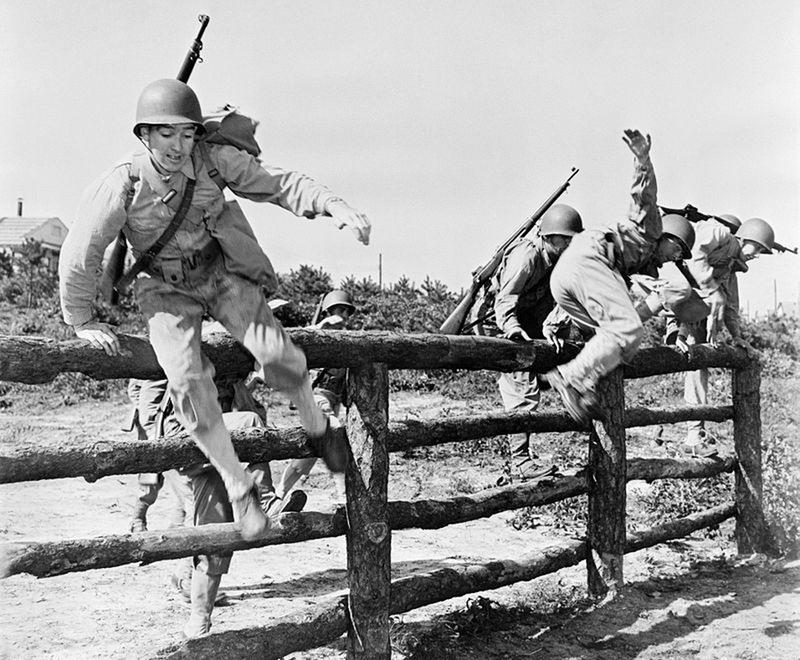 The first draft went into effect in October 1940, but even before the U.S. joined the war, FDR asked Congress to sign off on an amendment to extend the term of duty from 12 months to 18 months. The extension was approved on August 12, 1941, and many of the soldiers who were drafted in the original go of things were livid. They threatened to desert the military following their 12-month engagement, going so far as to paint the letters "O H I O" (or "Over the hill in October") on their barracks, but most accounts of this era of the military conclude that while some did desert, it wasn't a widespread thing. 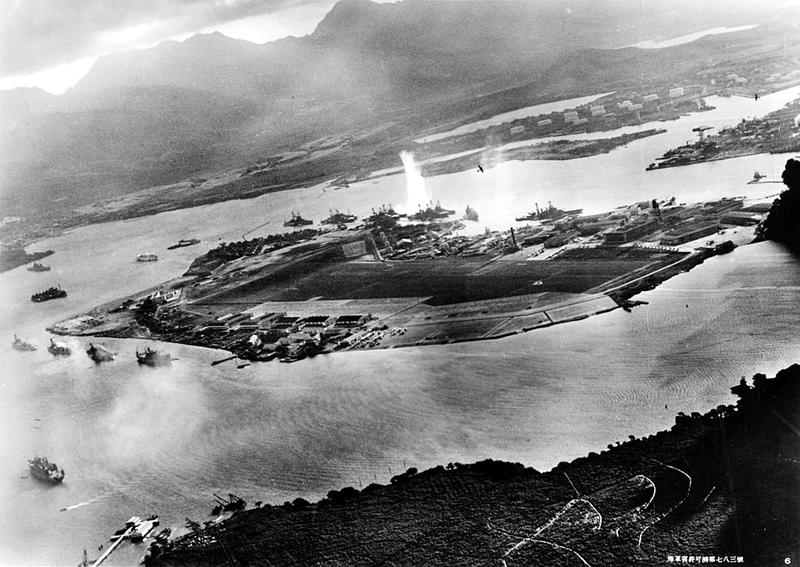 When the Japanese military attacked Pearl Harbor on December 7, 1941, talk of desertion dissipated in an instant, and the Act was amended once again to change the duration of enlistment to the entirety of the war plus six months and called for men between the ages of 18 and 65 to join the draft. These changes were a safeguard to ensure that the military had enough soldiers, but it was unnecessary. Following the attack, millions of men enlisted in the United States military, either by straight-up volunteering or willfully joining the draft. By the final wartime days of the Selective Training and Service Act, more than 10,000,000 men were inducted.