The First Olympics Ever: A Veritable Free-For-All Of Mayhem 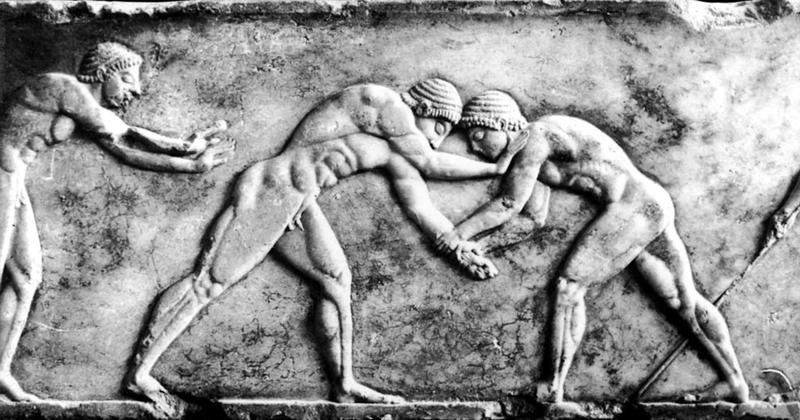 Ah, the Olympics, when the world sets aside its differences and sends its best athletes for a few weeks of friendly competition in the name of sportsmanship and international relations. Although the pandemic robbed us of the Summer Games this year, we can take the time to look back at the original Olympic Games in Ancient Greece, a bloody, naked, and horrific affair with few rules and an abundance of mayhem. 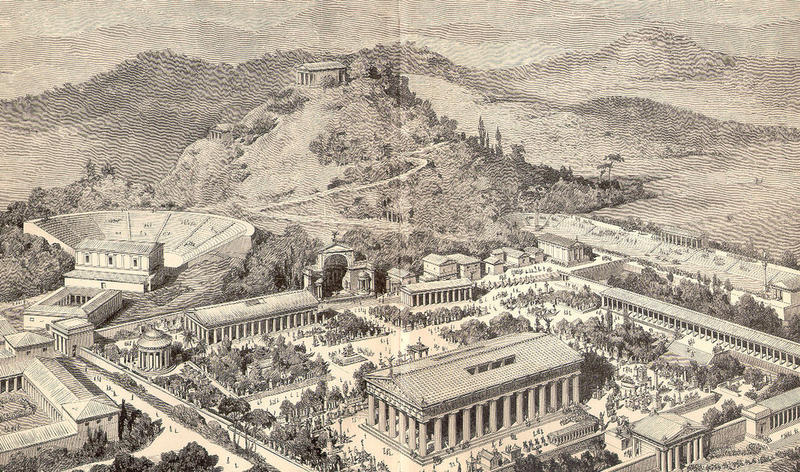 The first Olympic Games documented in writing were held in 776 B.C.E. in the Greek city-state of Elis, but the Games are likely much older than that. In fact, they may have been held for 500 years prior to that first recorded event. Although it was billed as a religious festival in honor of the Greek god Zeus, it had the atmosphere of a frat party, with some 40,000 attendees. There was plenty of drinking, feasting, and fornicating—the Games were a goldmine for the sex workers of Ancient Greece, who could make as much money in the five days of the Olympics that they usually made in an entire year. On the third of the five-day festival, a herd of cows was ritualistically sacrificed in Zeus's name. A small portion of meat was presented as a token to Zeus, but the rest of the meat was barbecued and fed to the crowds.

The Ancient Greeks took their Olympics very seriously. According to legend, when the Persians invaded Greece in the summer of 480 B.C.E. and Greece called upon its city-states to send soldiers to fight them off, they all responded with a polite "no," citing the importance of finishing the Games before they could deliver their people. 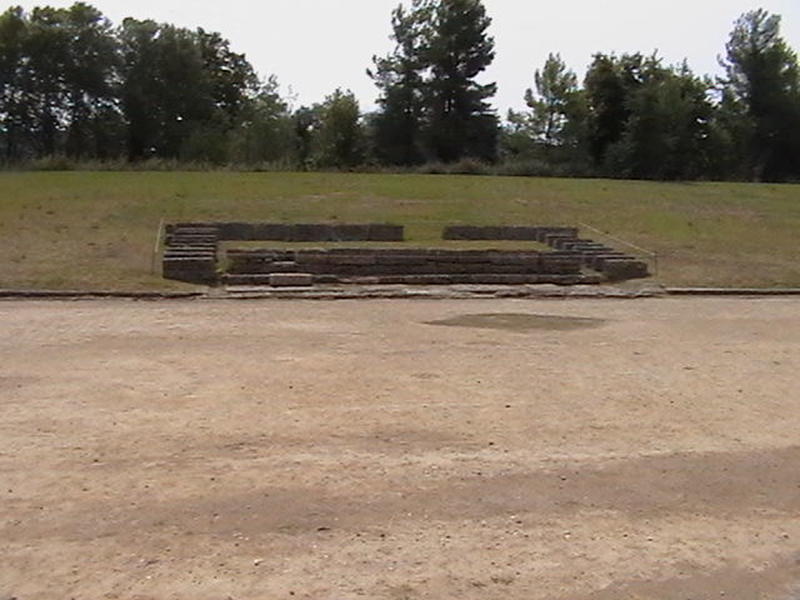 The participants in the Ancient Olympic Games were all men—specifically, naked ones, often covered in olive oil. (It was an unwritten rule that competitors avoided targeting another man's genitalia.) Not just anyone could get up in front of all of Greece covered in grease, though. Unlike gladiators, who were often enslaved, only free men could participate in the Olympics.

One woman, however, discovered a back door into this boys' club. Kyniska—daughter of Archidamus II, King of Sparta, and a skilled equestrian—knew that the victory laurel in the chariot race was awarded to the owner of the chariot, not the driver, so she entered one of her horses and chariots in the Olympic Games of 396 B.C.E. Her team won, making her the first female Olympic champion, albeit on a technicality. She successfully defended her title four years later. 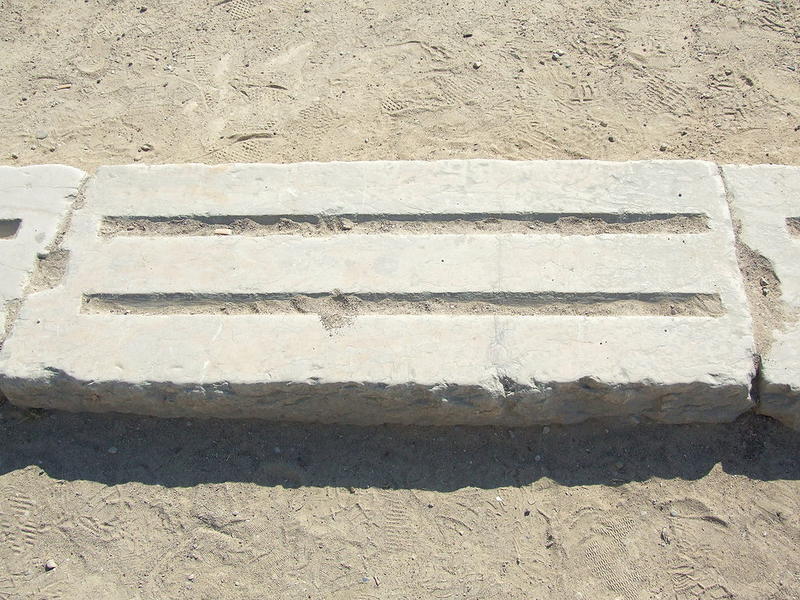 Part of the starting line at the stadium at Olympia. (James Scott Brown/Wikimedia Commons)

One of the more popular—and dangerous—games of the ancient Olympics was called Pankration. First played at the Games in 648 B.C.E., Pankration was a cross between boxing, wrestling, and mixed martial arts. It had very few rules (mainly, no eye-gouging), which meant that competitions were often violent and bloody. Roundhouse kicks to the stomach, thumb presses into the trachea, choke holds, and arm twists were all commonplace, as were broken bones, torn skin, chipped teeth, and ruptured ligaments. If the fighting got too intense, an athlete could tap out by raising his index finger, granted that it wasn't broken.

But less obviously violent games could turn bloody, too. A false start in a racing event continues to be frowned upon today, but in Ancient Greece, it was punishable by varying degrees of physical abuse. Depending on the importance of the race, the frequency of the offense, and how the spectators reacted, a jumpy athlete could be beaten, flogged, tossed in a jail cell, or even killed. By comparison, today's Games are downright boring.