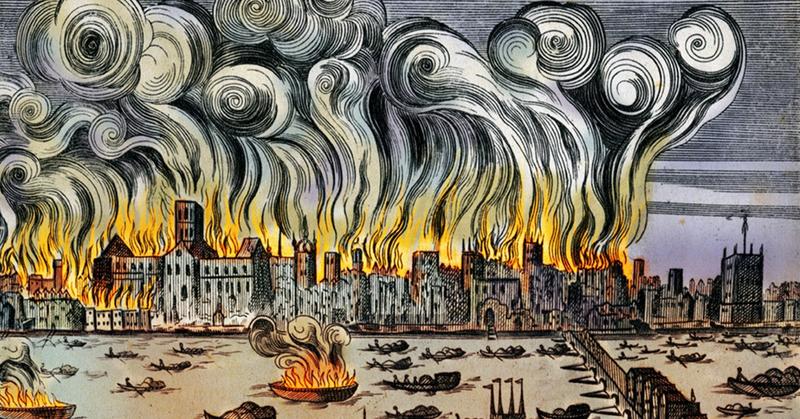 A large fire breaks out in London, in the house of the baker of Charles II of England, Pudding Lane near London Bridge. The fire rages for three days, destroying 10,000 buildings, including the Cathedral of St. Paul, but just 16 people have lost their liv

Fifteenth-century London was a crowded, dirty, polluted place with wooden buildings topped by tar-covered roofs, built close together along narrow streets. Residents used fire to heat their homes, cook their meals, and see in the dark, and firefighting techniques consisted mostly of a bucket brigade. It was a recipe for disaster. That disaster erupted on September 2, 1666, when the Great Fire of London broke out near London Bridge and swept quickly through the city. When the flames were extinguished four days later, roughly 80% of London was destroyed. 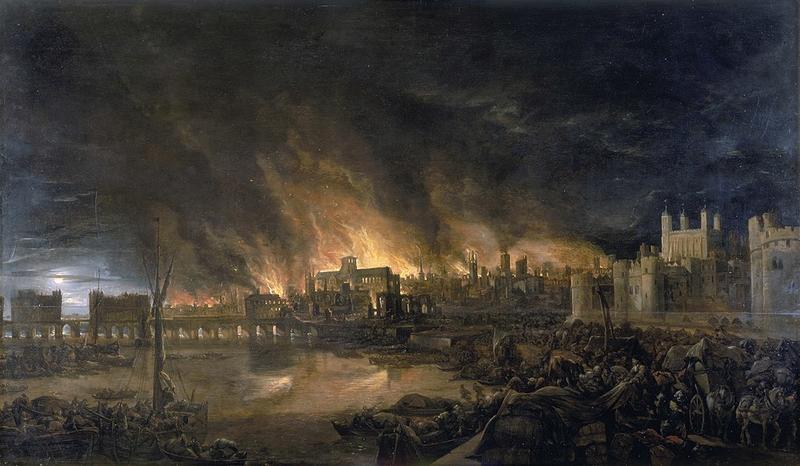 The Great Fire of London, depicted by an unknown painter (1675), as it would have appeared from a boat in the vicinity of Tower Wharf on the evening of Tuesday, 4 September 1666. (Museum of London/Wikimedia Commons)

The Great Fire Of London

A fire broke out at the King Charles II bakery, owned by Thomas Farriner, on Pudding Lane, a narrow street near the London Bridge. Fanned by strong winds, the fire spread to nearby Thames Street, which contained several large warehouses that stored flammable and combustible materials. That was all the fire needed to quadruple in size in short order and race from structure to structure in the city.

The fire raged for four days with no end in sight until September 6, when the winds finally died down enough for firefighters to get the upper hand. Using gunpowder from the storehouse at the Tower of London, the King's army created firebreaks to help contain the flames. It might seem like a bad idea to throw explosives onto a fire, but it worked. After four long days, the fire was out, but the task of cleaning up and rebuilding was just beginning. 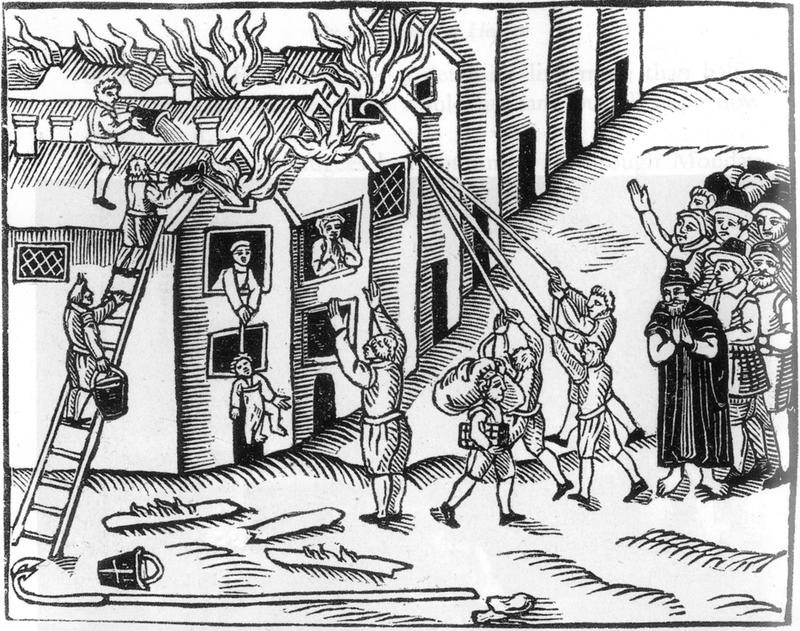 The Destruction Of The Great Fire

When the Great Fire of London broke out, London Bridge, the only route from the south side of the Thames into the city, was already about 600 years old. The wooden houses that lined the bridge caught fire during the inferno, causing the stone foundation of the bridge to weaken until it was unsalvageable. Contrary to the popular children's ditty, London Bridge did not fall down, but it was torn down and replaced with a new bridge after the fire. Honestly, it was due for it anyway.

With so many of London's residents left homeless after the fire, the city faced a humanitarian crisis. King Charles II himself asked the Londoners to kindly relocate somewhere else, and roughly one-quarter of them took his advice, but thousands of people still packed the streets of London, seeking food, shelter, and work. Shanty towns popped up overnight, and officials in London feared that the displaced citizens would revolt or become a financial drain on the city. A temporary "fire court" was established to quickly settle disputes between tenants and landlords, workers and employers, and others impacted by the fire.

Almost as soon as the embers cooled, Charles ordered the rebuilding of London and hired famed architect Sir Christopher Wren to design the new St. Paul's Cathedral. Although the plans for the new and improved London included buildings that were made with stone and brick rather than wood, more space between buildings, and the elimination of the narrow alleyways that had allowed the fire to spread, it built on top of the old one, which drew criticism and debate. Only two new major streets were added after the fire, Queen Street and King Street, and London still didn't get its first full-time, permanent fire department until the mid-1800s. 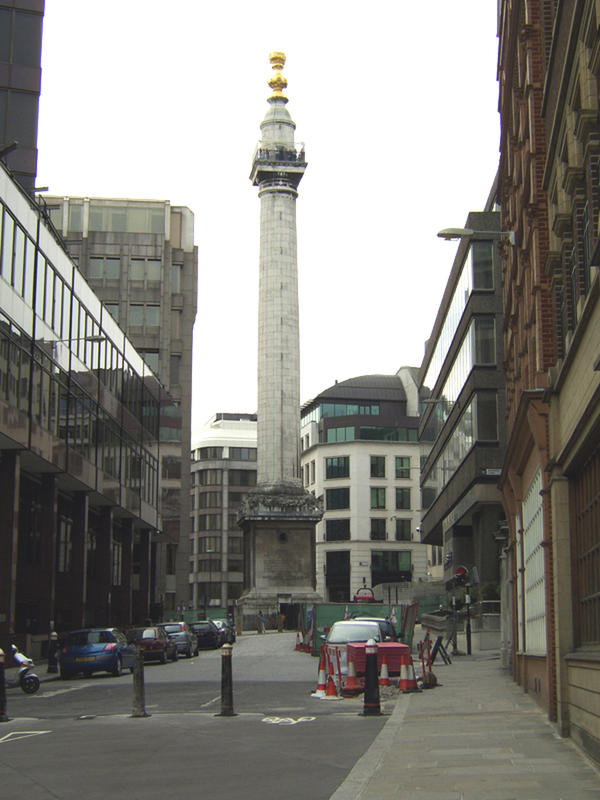 The Monument to the Great Fire of London designed by Sir Christopher Wren. (Padraig/Wikimedia Commons)

The Legacy Of The Great Fire

The Great Fire of London leveled four-fifths of the city and left about 70,000 of the city's 80,000 residents homeless. More than 13,200 homes and 87 churches, including St. Paul's Cathedral, were destroyed. Somehow, only six people are known to have been killed, but historians today believe that the death toll may have been much higher because the fire burned so hot that a human body would have been completely cremated.

The thousands left homeless by the fire gave entrepreneur Nicholas Barbon a light bulb moment, and he established the first property insurance fund in 1680. The concept was simple: Customers made small payments into the insurance fund, and when disaster struck, money was available to help them. By 1690, roughly 10% of all homes in London were insured.

While the devastation wrought by the Great Fire of London was immeasurable, historians now believe that it actually prevented another round of the Plague. Just the previous summer, the Great Plague of 1665 spread through the city, but the fire burned down rat- and flea-infested homes, barns, and other buildings, lowering the risk of disease.