What Happened To Aaron Burr After He Shot Alexander Hamilton? 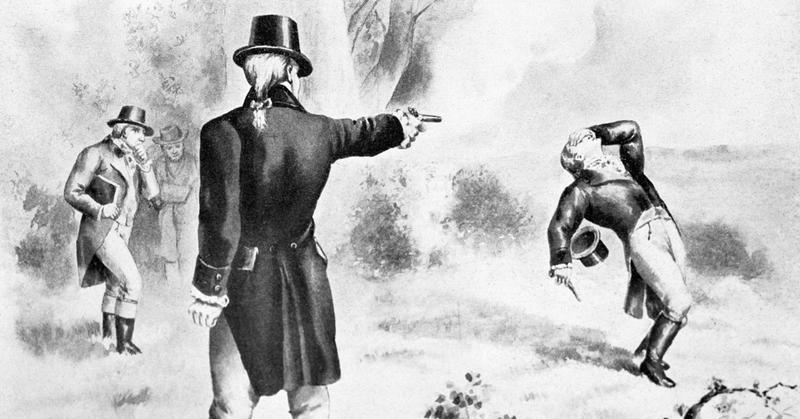 Illustration of the Duel Between Alexander Hamilton and Aaron Burr. (Getty Images)
Even if you haven't seen the smash Broadway musical Hamilton, you probably know that Alexander Hamilton, one of America's founding fathers and the first secretary of the treasury, was killed in a duel by then–Vice President Aaron Burr, back when it wasn't uncommon for gentlemen to settle their differences with pistols. We know what happened to Hamilton after the duel, but what about Burr? How did the duel impact his life and his political career? 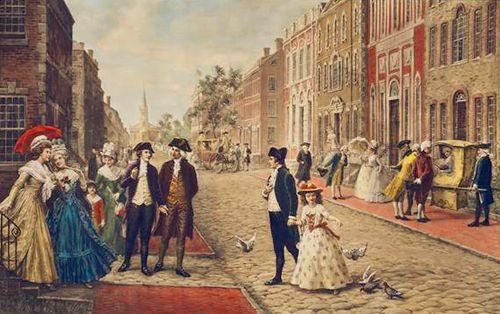 Alexander Hamilton and Aaron Burr were on opposite ends of the political spectrum, which was quite heated even back in the late 1700s. Hamilton was a staunch Federalist, while Burr was a member of the Democratic-Republican Party. As a result, Hamilton worked hard to derail Burr's 1800 presidential campaign, and when the election ended in a tie between Burr and his opponent, Thomas Jefferson, Hamilton urged Congress to name Jefferson the winner. (As the second-place finisher, Burr was named vice president, as was customary at the time.) Tensions between Burr and Hamilton came to a head leading up to the election of 1804 when, thanks in part to Hamilton's efforts, Burr was not tapped to be Jefferson's V.P. for a second term. 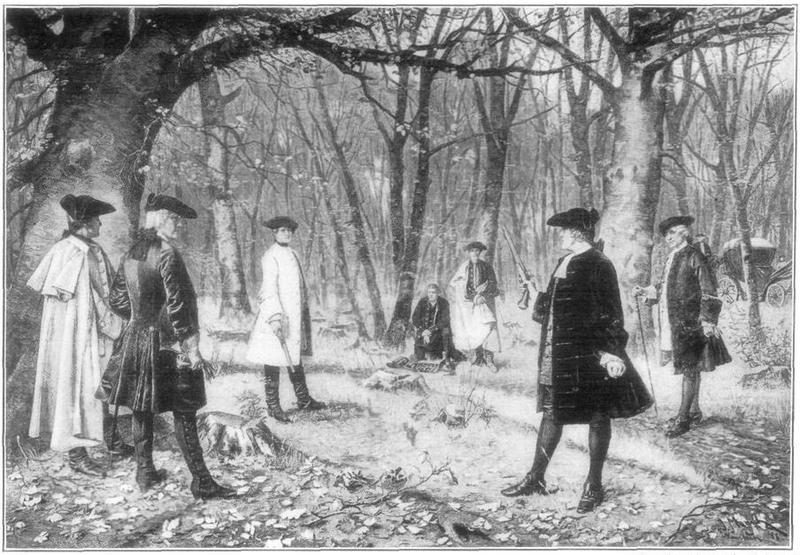 Aaron Burr, once considered a shoe-in for the presidency, next ran for the position of governor of New York, but again, he lost because of a smear campaign run by Hamilton. The two exchanged a series of terse and accusatory letters, and the proverbial gauntlet was thrown down. A date of July 11, 1804 was set for the two men to meet in a field in Weehawken, New Jersey to finally settle their differences like gentlemen: with guns.
According to some historians, Hamilton may have planned to intentionally miss, assuming that Burr would do the same. After all, Burr was the sitting vice president of the United States and, although duels were common, most were nothing more than shows of bravado. Participants were rarely killed. Burr, however, hoped that his performance in the duel would bolster his failing political career and improve his reputation. Boy, was he wrong! Historians argue about who shot first, but when the dust cleared, Burr was unscathed and Hamilton lay dying. He died from his wounds a day and a half later. 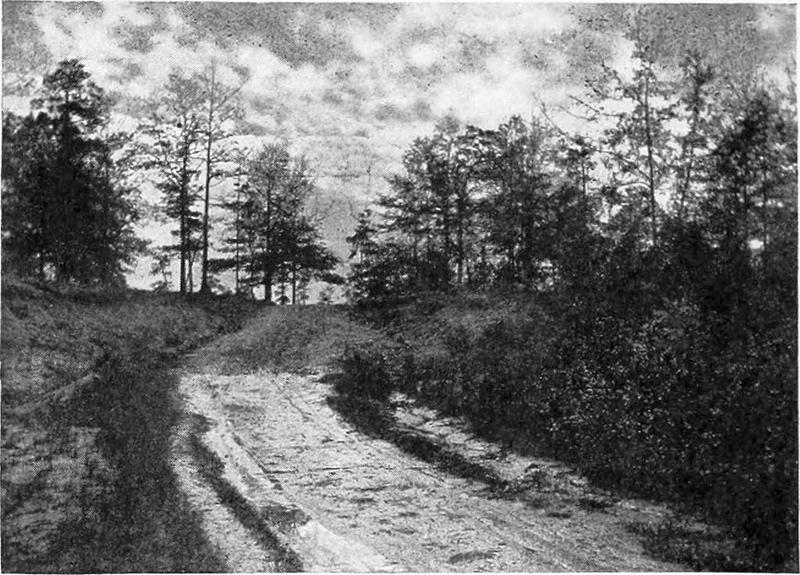 When Aaron Burr returned to New York City after the duel, he fully expected to be greeted as a hero. To his surprise, he was met with contempt, ridicule, and even talk of murder charges against him. Burr fled to the South and sought the assistance of several high-powered friends to get him out of the charges, and when they succeeded, he waltzed back to Washington to finish out his term as vice president, knowing that he wouldn't have a second one. His reputation was too tarnished for him to ever have a chance at the presidency again.
It wasn't Burr's last dance with federal charges. In 1807, he conspired with a group of political extremists to orchestrate the secession of some key western states and ended up charges with treason. Once again, he chose to flee, to Europe this time, until his cronies in the U.S. could arrange for his acquittal. In 1812, when it was safe, he returned to New York.
Burr never salvaged his reputation after the duel with Hamilton and treason charges. He earned a meager living as a lawyer in New York City and finally remarried nearly 40 years after his first wife's death, but his new wife divorced him after he squandered her money. In the last years of his life, Burr was unable to work after suffering several strokes that left him partially paralyzed and became dependent on his friends for his care and financial needs. He was 80 years old when he died in his cousin's home on Staten Island in 1836.
Posted by free heip at 09:12