Yob paints a stray dog to look like a TIGER in Malaysia: Animal rights group pleads for information to catch the culprit

An angry animal rights group in Malaysia is offering a reward to trace the yob who painted a stray dog orange and black so it resembled a tiger.

Persatuan Haiwan Malaysia, the Malaysia Animal Association, launched an appeal for information after the painted pooch was spotted walking down a street.

The group has now called on members of the public to come forward with any information which could help catch the culprit. 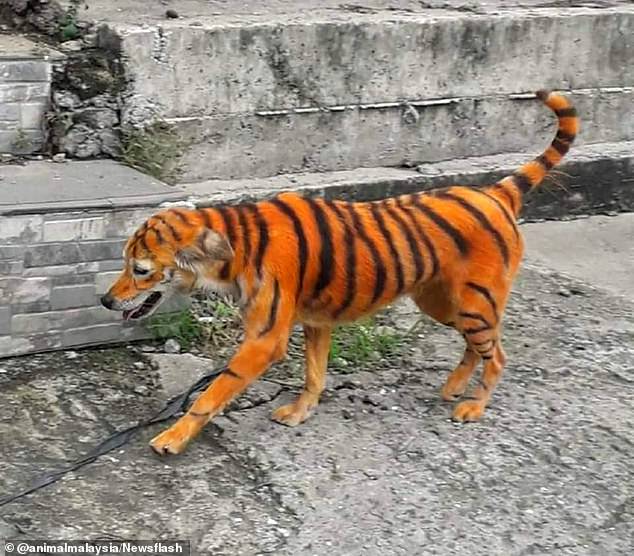 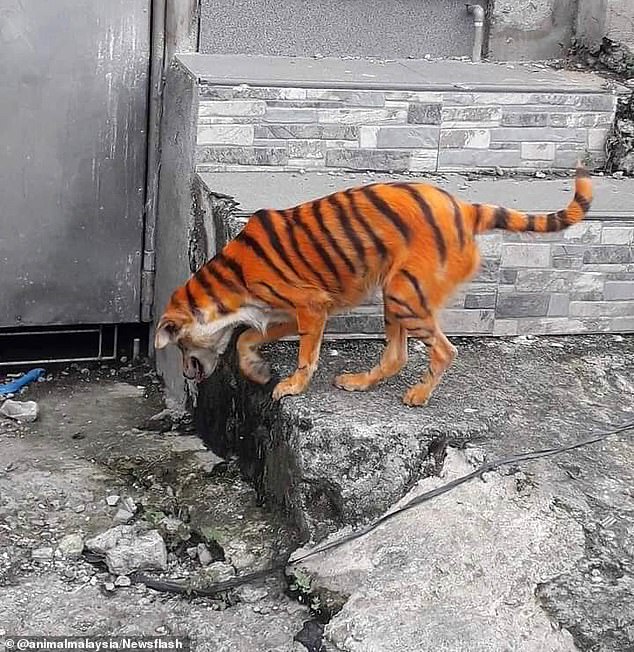 A spokesman for the group writing on Facebook said: 'Help Animal Malaysia identify the location and who this animal belongs to.

'A mystery reward awaits those who come forward with complete information on the incident.'

The dog was seen walking along a town street painted orange and black to look like a tiger. 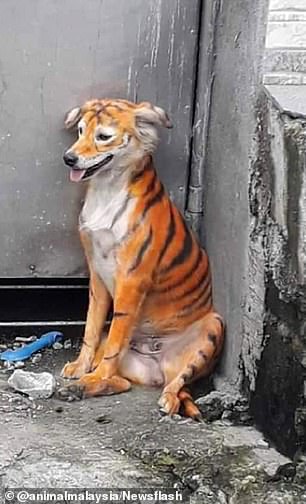 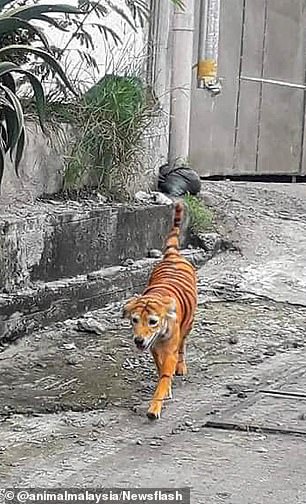 It is not known if the local authorities are involved in trying to track down the culprit.

Laura Francis, on Facebook, said: 'The dog's face is sad, such a shame.'

Social media user 'Jessie Jye' said: 'The dog has to take a bath and have its coat shaved to get rid of all the chemicals. Sorry dog, remember the thug who did this to you.'