A dog really is a man, or a woman's, best friend.

Jax, a two-year-old golden retriever, saved his owner from taking a tumble after she came home tipsy after a night out.

Hannah Quintus, 22, from Eagle Grove, Iowa, was heading to bed after a few drinks when she became unsteady on her feet.

Her observant dog Jax jumped up and steadied her with his two front paws, guiding her safely to the bed.

A video camera in the room recorded the incredible footage and after some deliberation Hannah decided to share it online.

The black-and-white footage shows Hannah removing some toys from her bed looking a little unsteady on her feet.

Jax attentively watches her with his tail wagging until he sees his owner swaying off balance. 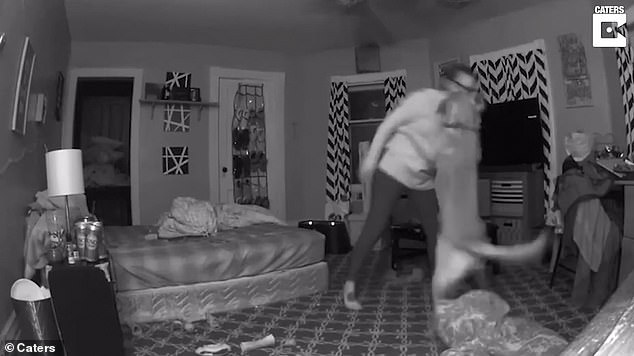 Jax, a two-year-old golden retriever, saved his tipsy owner Hannah Quintus, 22, from taking a tumble after a night out by putting his two paws on her chest as she sways unsteadily

Just before she topples over, he jumps up on his back legs, putting his two front paws on her chest to steady her.

He then helps Hannah to steady herself and sat her down safely on the bed.

Hannah said: 'Looking back at the footage I was kind of embarrassed but I just thought it was really amazing and funny.

'I've had Jax since he was seven weeks old and he's the best thing that has ever happened to me.' 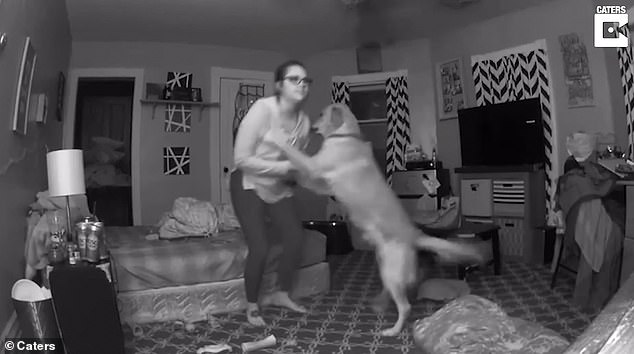 He stops her from falling and helps Hannah to steady herself and then guides her safely to her bed. The video has been viewed three million times on TikTok

Speaking to the Daily Star Hannah said that she has a very close bond with her dog Jax who is very tactile.

She said he 'loves to be held and he constantly has to be touching somebody'.

Hannah posted the video to TikTok on April 3, with the caption: 'When you've had too many drinks and your dog saves you.'

The video has been viewed more than three million times with viewers reacting enthusiastically in the comments.

One person commented on Jax's caring abilities, writing: 'He would make a really good service dog.'

Another dog-lover wrote:  'We don't deserve dogs, they are so compassionate'. 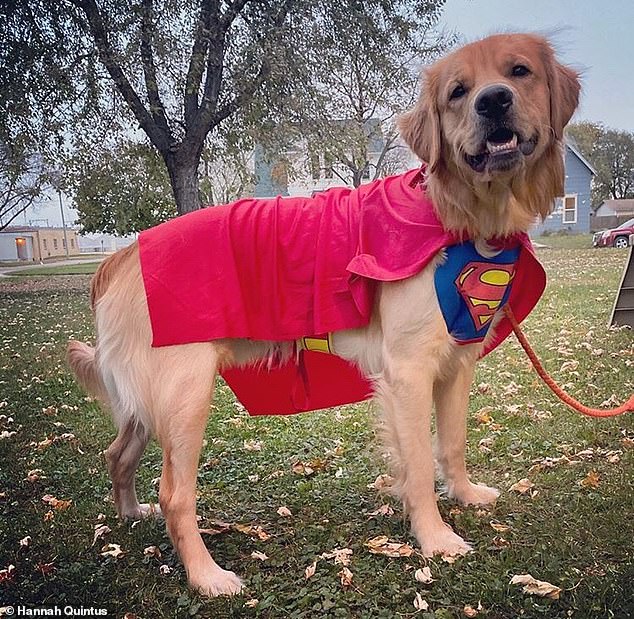 Superhero dog Jax, 2, has been with his owner Hannah since he was seven weeks old and she says he 'loves to be held and he constantly has to be touching somebody'.