A record number of endangered sea turtles have recently hatched in Mexico, aided by the absence of human activity during the coronavirus pandemic.

More than 2,250 baby Olive Ridley sea turtles were released into the Sea of Cortez from Mancha Blanca beach in El Desemboque, a small town in Sonora, Mexico.

Typically only 500 to 1,000 are released, according to members of the indigenous conservation group Tortugueros del Desemboque

Named for their olive-green top shells, Olive Ridley turtles are one of the few species that engage in 'arribada' nesting. 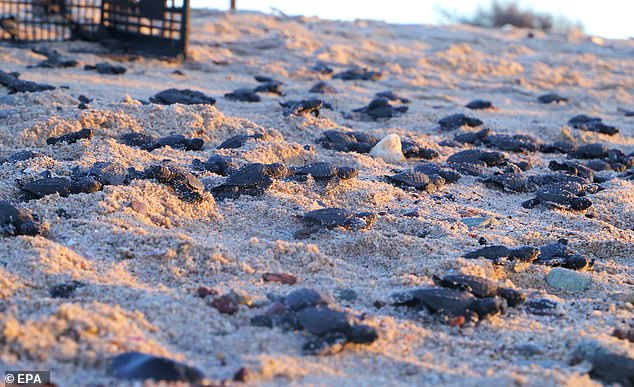 Olive Ridley sea turtle hatchlings head to the  Sea of Cortez in Sonora, Mexico, on October 27, 2020. Typically less than 1,000 hatch and make the journey successfully but because of a reduced human presence due to COVID-19, more than twice that many were released into the water

Mayra Estrella Astorga, a member of the Comcaac tribe and organizer of the turtle rescue program, says more turtles may hatch in the coming weeks.

It's been a bright spot in an otherwise heartbreaking year: Astorga was recovering from COVID-19 when the turtles first came ashore earlier this summer.

'The pandemic brought sickness and death to our people, and complicated the economic situation here,' she told Arizona Public Media.

'That's why we are so happy that, in the middle of this tragedy, this miracle of nature happened — as a result of fewer fishing boats and tourists, but also through the efforts of the community,' she added. 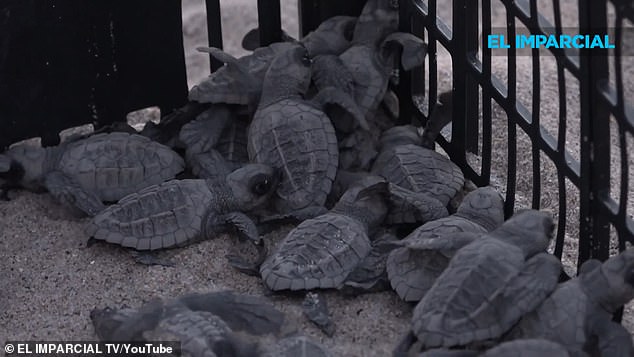 Olive Ridley turtle hatchlings being prepared to be released into the sea. The tiny turtle is one of just two species that engage in 'arribada' nesting, where thousands of females come ashore to lay eggs all at once. 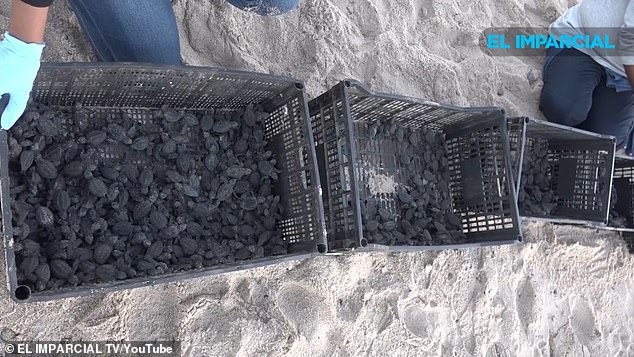 Thousands of females come ashore all at once to lay their eggs in the same nesting grounds, year after year.

These creatures nest several times a year, laying clutches of approximately 100 eggs, then returning to the sea without looking back.

Incubation takes about two months and, this year, the absence of fishing boats, tourists and other interruptions has allowed the Olive Ridley to thrive. 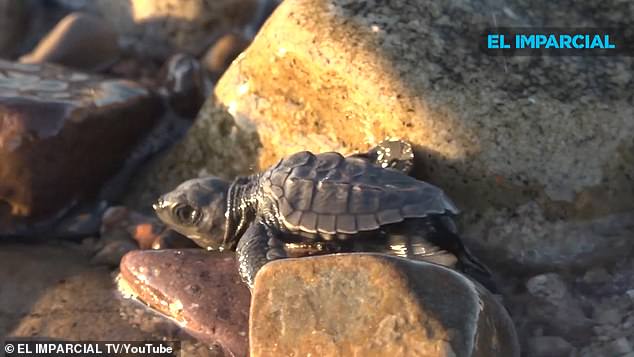 One of the smallest species of sea turtles, Olive Ridley turtle gets its name from the color of its heart-shaped carapace, or top shell

'You could say this has been the worst year of my life, and in another way the best,' Astorga said. 'This is the work I love to do, and it was a great success this year.'

The tiny turtle is one of just two species that engage in arribada nesting.

Hundreds, sometimes thousands, of females gather offshore and then crawl onto the beach to nest all at once. ('Arribada' means 'arrival' in Spanish.) 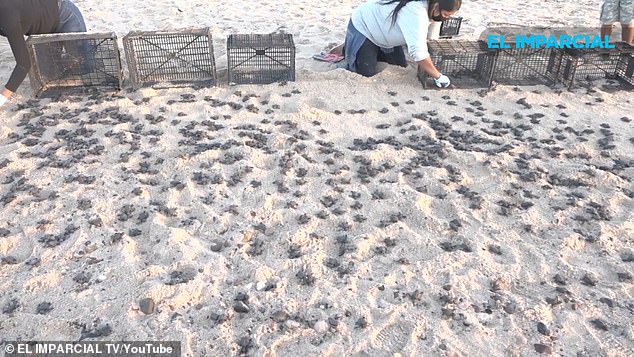 After a female release her clutch, she returns to the water. The egg, and the eventual hatchling, must find its way from the beach to the sea all on its own

With so many competing for nesting space, clutches laid by one female are sometimes dug up by others trying to lay their own eggs.

Turtles spend most of their time out on the open ocean, but return every year to the same coastal area to nest.

Once the clutch is laid, the female returns to the sea, leaving the egg - and the hatchling inside - to fend for itself. 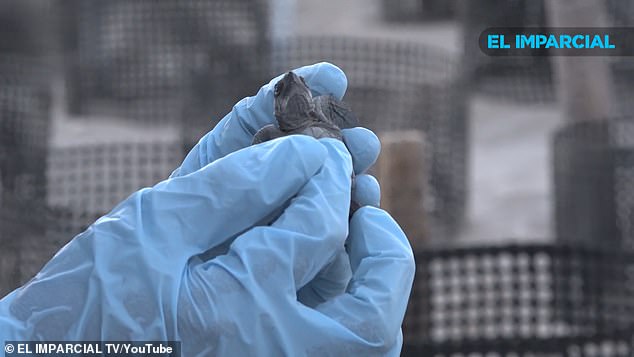 The Olive Ridley is the most abundant sea turtle in the world, but ocean pollution, hunting, vessel strikes and accidental entanglement in fishing nets mean it's still at risk for extinction

It's not clear why they do it or what triggers an arribada, though experts have theorized it's started by everything from lunar cycles to female pheromones.

Found primarily in tropical areas of the Pacific, Atlantic and Indian Oceans, the Olive Ridley is the most abundant sea turtle in the world.

But because of ocean pollution, vessel strikes and accidental entanglement in fishing nets it's still at risk for extinction.

Adults are also killed for their meat, eggs and leather.

October is the peak month for Olive Ridley births, though only about one in a thousand survive after being released.

In recent decades, the global population has declined 30 to 50 percent.

In the western Atlantic Ocean, there's been an 80 percent decline in some nesting populations over the 50 years, according to the National Oceanic and Atmospheric Administration.