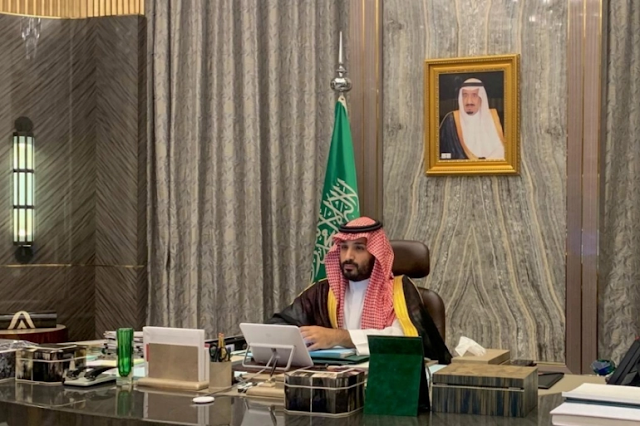 New documents filed to a US federal court show the crown prince of Saudi Arabia, Mohammed bin Salman (MBS), was issued a summons via WhatsApp last month on charges of torture and directing an assassination attempt against a former Saudi security adviser.

The Washington, DC court also sent summons – an official notice of a lawsuit given to the person being sued – to nine other Saudi officials via WhatsApp – including Badr al-Asaker, Saud al-Qahtani, and Ahmed Asiri, according to court documents.

Thomas Musters, a computer forensics investigator, confirmed in an affidavit filed to the court on Thursday the docket was successfully delivered on WhatsApp on September 22 and marked as read by MBS’s phone 20 minutes later, Business Insider reported.

It is alleged MBS used WhatsApp to spy on Amazon CEO Jeff Bezos and to hack the phone of Saudi journalist Jamal Khashoggi, who was murdered by Saudi agents in Istanbul’s Saudi consulate in October 2018.

In the lawsuit, a former security adviser, Saad al-Jabri, alleges MBS sent a 50 person “assassination squad” from Saudi Arabia to Canada in an attempt to “eliminate him” in October 2018, but the Saudis were denied entry at the border.

Al-Jabri was the ex-intelligence chief under former Crown Prince Mohammed bin Nayef, who MBS overthrew in a 2017 palace coup.

Saudi Arabia has issued Interpol red notices seeking al-Jabri’s return – which have since been dismissed by the agency as political – and urged other countries to send him back to the kingdom, accusing the former intelligence officer of corruption.

It has been reported al-Jabri has access to sensitive information that MBS fears could be compromising.

In the September 22 court case, al-Jabri is referred to as a “US intelligence asset”.

The complaint alleges his knowledge about the royal family and the Saudi court system make him a threat to the kingdom.

Saudi authorities arrested al-Jabri’s two adult children and brother in March to try to force his return to the kingdom from exile in Canada.

A summons for MBS was also issued in August by the DC court.

The lawsuit asserted MBS ordered the detention of two of al-Jabri’s children, who have gone missing from their home in the capital, Riyadh, and other relatives have also been arrested and tortured “all in an effort to bait Dr Saad back to Saudi Arabia to be killed”.