Nut going anywhere: Wild squirrel waits patiently at the window every morning to be given a peanut

This is the adorable moment a smart squirrel is seen waiting outside the backdoor of his human friends for a peanut.

At the start of fall these fluffy creatures are usually found hiding nuts to feed themselves through the cold of winter.

But for this polite peanut-lover, knocking on the door of an apartment in Portland, Oregon, has proved just as lucrative.

In the video, taken October 16, the squirrel is seen brazenly peering in through the window trying to catch someone's attention, despite the fact the owner's cat is relaxing in front of it.

The eastern grey squirrel then patiently waits for the kind human to slide open the glass door as he presses up on the fly screen awaiting his favourite nut.

They can be heard asking: 'Good morning, would you like another peanut?' 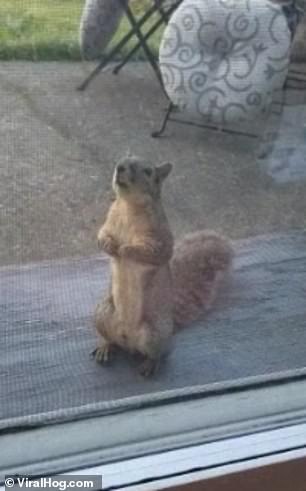 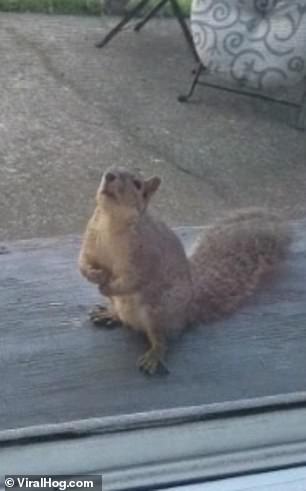 Please sir can I have some more! The squirrel appears to beg as it patiently waits outside the sliding backdoor of the Portland, Oregon, apartment 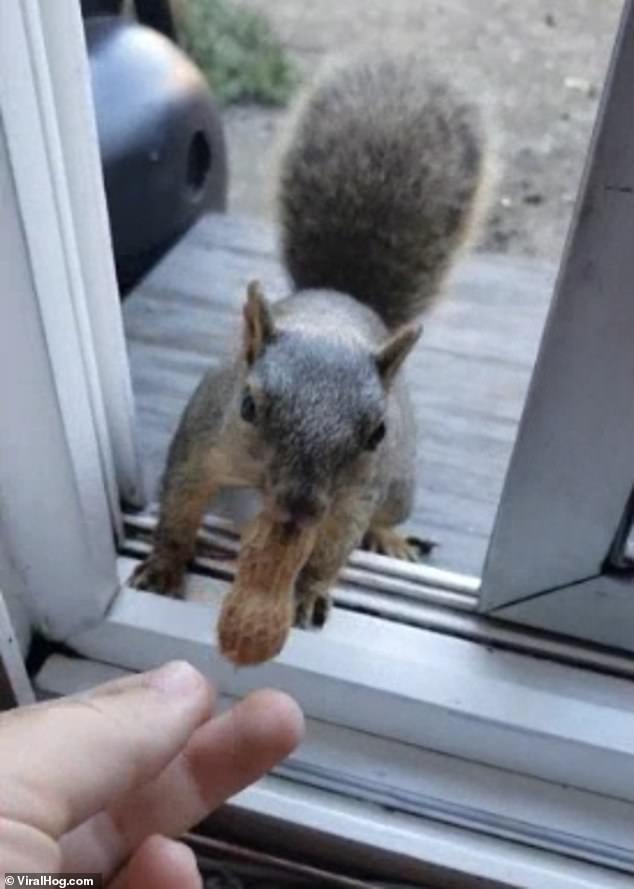 To which the squirrel clearly answers yes by reaching out across the threshold to grab the treat in its mouth before crunching into the shell to secure their grip on the nut and running off.

The home owners say the bushy tailed squirrel has made a daily habit of visiting their home for a nutty snack.

A single squirrel can bury up to 10,000 nuts per year and can hide nuts over the area of five football fields. 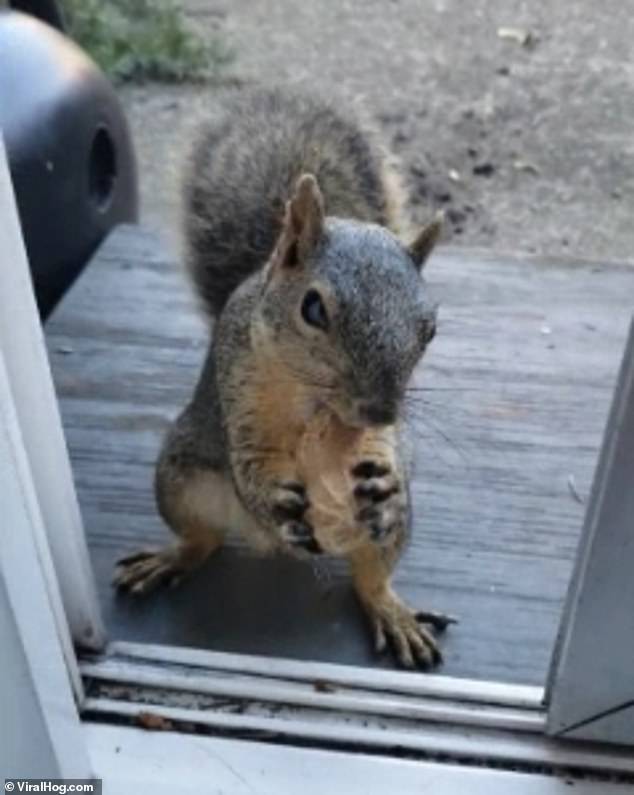 When finding nuts that they have buried months earlier squirrels rely on their memory rather than their sense of smell - using landmarks to help build a memory map.

Amazingly they have a 90 per cent success rate when recovering the nuts they have buried.

Squirrels have been living in the U.S and Canada since the end of the last Ice Age around 12,000 years ago.