The evolution of human vision can be traced back to the very first primates that evolved 55 million years ago, a study of a tiny mammal from Madagascar found.

The world's smallest primate, the endangered grey mouse lemur, is no bigger than an apple and weighs in at just two ounces.

Researchers from Switzerland said that, despite their diminutive size, the endangered grey mouse lemur's visual system is just as big as that of other primates.

In fact, more than a fifth of the big-eyed mammal's brain is dedicated to visual processing — as compared to barely three percent of the human brain.

The find highlights this brain region's incredible preservation and importance to our daily lives — and those of our ancestors in the distant past. 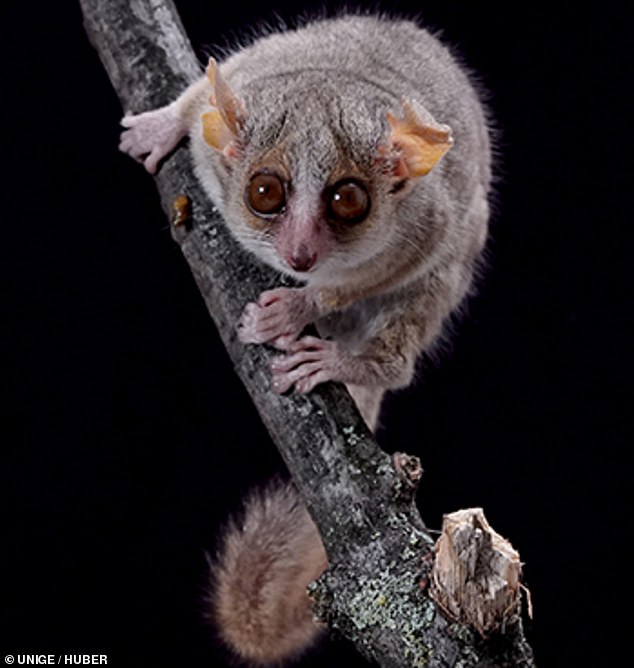 The evolution of human vision can be traced back to the very first primates that evolved 55 million years ago, a study of a tiny mammal from Madagascar, pictured, found

'This study also highlights the crucial importance of conserving the habitat of primate species such as the mouse lemur, particularly in the forests of Madagascar,' said paper author and neuroscientist Daniel Huber, of the University of Geneva.

'These habitats are disappearing at an alarming pace, taking with them precious keys to understanding our own origins.'

The visual system of primates has fascinated biologists for more than a century as it is unique among mammals, including rodents.

'As the different primate species cover a wide range of sizes, we were led to wonder whether this basic computing unit scales with body or brain size,' explained Professor Huber.

'Is it simplified or miniaturized, for example, in the world's smallest primate, the grey mouse lemur?' he asked.

In experiments using an optical brain scanner, geometrical shapes representing lines of various orientations were presented to lemurs and the activity of neurons imaged.

The repetition of such measurements gradually allowed the researchers to determine the size of the brain unit processing form information.

'We expected to see a unit of tiny size, proportional to the small size of the lemur, but our data revealed they measure more than half a millimetre in diameter,' explained Professor Huber. 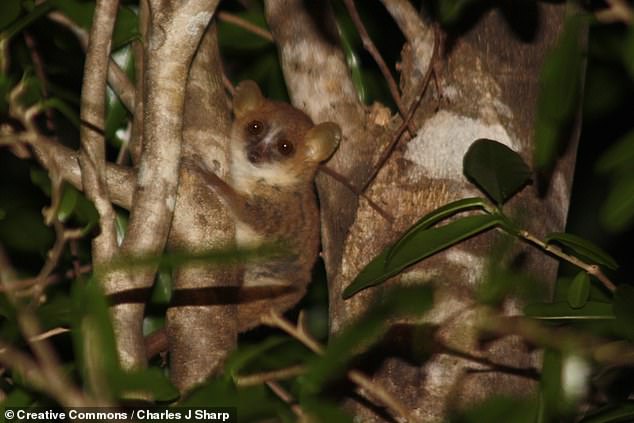 The world's smallest primate, the endangered grey mouse lemur (pictured) is no bigger than an apple and weighs in at just two ounces

The researchers compared hundreds of these units in the tiny mouse lemur brain with data obtained for the visual circuits of other, much larger, primate species.

Surprisingly, the basic processing unit was almost identical in size in the mouse lemur, as it was in larger primates.

These included monkeys such as macaques weighing more than a stone, or even bigger primates — such as humans.

Unit arrangement across the brain was also totally indistinguishable, following the same rules with mathematical precision. And the number of nerve cells were equal.

Paper author Fred Wolf — of the Max Planck Institute in Gottingen, Germany — predicted universal mathematical principles would govern visual system evolution a decade ago, yet even he said he was amazed by the degree of invariance found.

'55 Million years of separation on different continents is a very long evolutionary path to travel,' he added.

'I would have expected some mix of general similarity and characteristic differences between species in these neural modules. But the fact of the matter is simply is [that] it is practically impossible to tell them apart.' 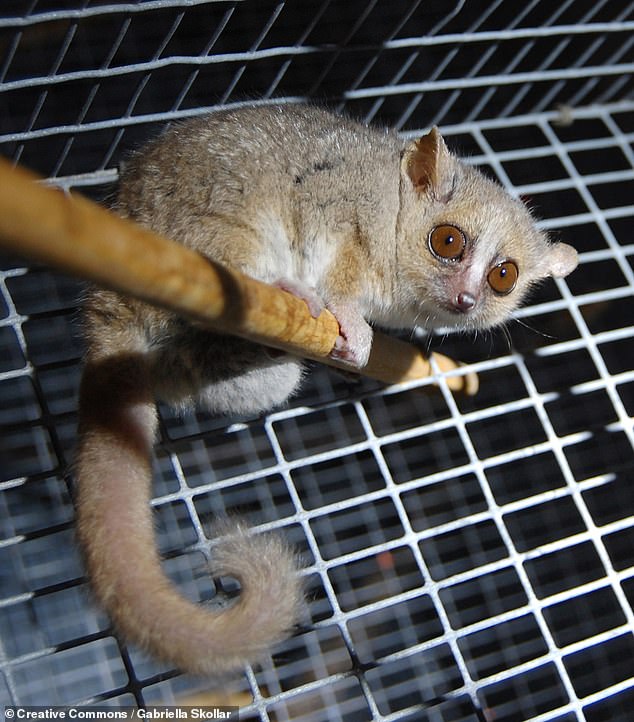 Researchers from Switzerland said that, despite their diminutive size, the endangered grey mouse lemur's visual system is just as big as that of other primates

The findings It shed fresh light on the origins of primate vision. The fact this unit is so well preserved suggests it evolved very early.

When it comes to forming images, our primate ancestors had abilities similar to ours from the start.

It also cannot be compressed or miniaturised. A fixed number of neurons is required to be required to ensure its optimal functionality.

'For tiny primate species with excellent vision, such as the mouse lemur, the visual system must hence be relatively large, compared to the size of their entire brain, to accommodate a sufficient number of visual processing units,' said Prof Huber.

The full findings of the study were published in the journal Current Biology. 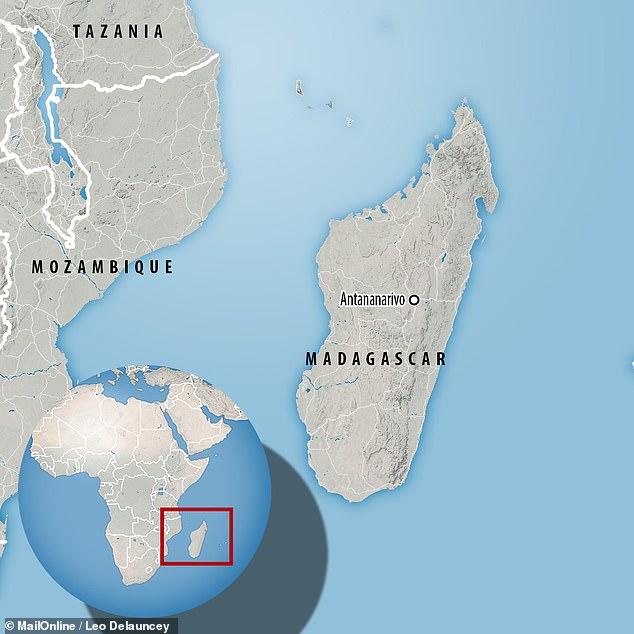 The evolution of human vision can be traced back to the very first primates that evolved 55 million years ago, a study of a tiny mammal from Madagascar found