Amid the wintery gloom, a series of new vaccines have been justifiably hailed as the breakthrough against coronavirus.

With Britain having ordered 357 million doses of seven different vaccines, at last there is real hope that the depressing cycle of lockdown and contagion could be broken next year.

Yet, as the Mail reported yesterday, into this optimistic scene has stepped Nadhim Zahawi, the minister responsible for vaccines, to indicate that some venues — such as sports stadiums, restaurants, cinemas and pubs — may insist on proof of vaccination to grant people entry.

This would be a profoundly illiberal, dangerous and un-British move. 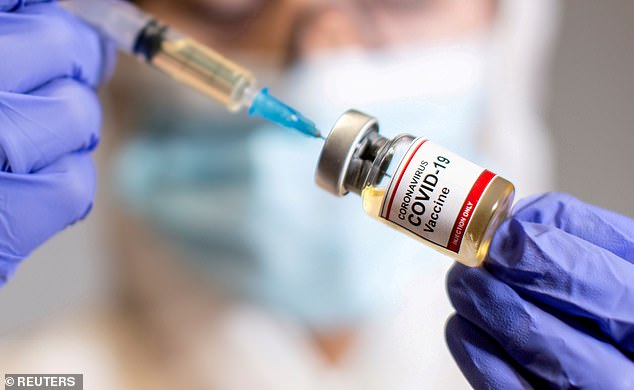 Amid the wintery gloom, a series of new vaccines have been justifiably hailed as the breakthrough against coronavirus (File image)

Heavy-handedness and authoritarianism have characterised too much of this Government's approach during the pandemic, from the pub curfew to the rule of six, ordering people to wear masks in shops and restricting travel and access to their loved ones.

But now a potential instrument of salvation — a vaccine — must not be allowed to be turned into a weapon of state surveillance.

According to Mr Zahawi, so-called 'immunity passports' would enable customers to provide proof that they 'have been vaccinated'.

He added blandly: 'We will make the technology as easy and accessible as possible.'

'Let's not get ahead of ourselves: that's not the plan,' he insisted. But nor did Mr Gove issue a denial. Moreover, given this Government's record of vacillations, inconsistencies and policy reversals, it is easy to imagine that another U-turn could soon be made.

Let me be clear: a vaccine 'passport' would be a disaster — not only for basic freedom, but for public health, too. It would be wrong in principle and wrong in practice.

As well as being a gross invasion of personal privacy even on a limited basis, there is a clear risk of a slippery slope. Once established to arbitrate entry into cinemas and pubs, the use of these passports could be endlessly extended.

Those without them could end up being denied access to holiday travel, public transport and universities — and even healthcare, social security and certain jobs. 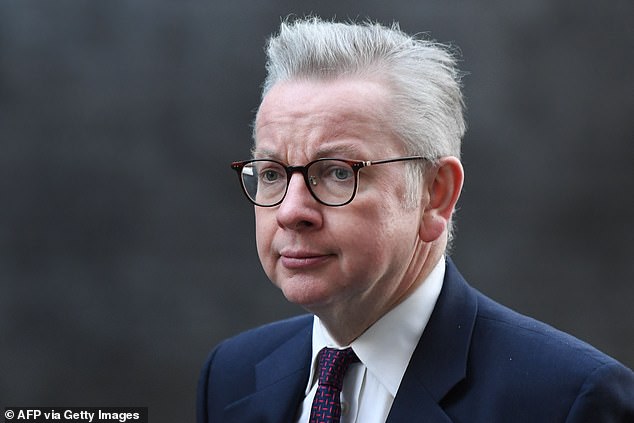 Indeed, Australia already has a 'no jab, no pay' law, where parents who refuse to get their children vaccinated become ineligible for child and tax benefits.

It is a small step from there towards full, mandatory immunisation, as currently exists in parts of Europe.

France, Germany and Italy all make certain vaccinations compulsory (in Italy, for example, immunisation against diphtheria, polio and tetanus are all mandatory). This is a reflection of the historic continental attachment to the powerful state — as well as to voluble anti-vaxxer sentiment in those countries.

But that is not the tradition here. In the land that created Magna Carta, pioneered parliamentary democracy and defeated Nazi tyranny, respect for liberty runs deep.

Barred from the pub, the football stadium, the aircraft, who would feel able to refuse a jab? This compulsory vaccination by the backdoor would be another huge advance towards the Big Brother state, complete with a vast new database, extensive bureaucracy, bossy officialdom and endless regulations.

But the law is not meant to be a vehicle for propaganda. Instead of plotting to use threats and coercion, the Government should be resorting to persuasion, trying to reassure the public about safety and seeking to convince people that it is in their own interests to have the jab.

That is also the way to deal with the anti-vaccination movement, which thrives on wild conspiracy theories.

Although I respect the fundamental right of the anti-vaxxers to protest, I reject their irresponsible gospel of delusion and fear. In fact, all my children have had their necessary jabs and I am sure my family will join the Covid vaccination programme when it reaches us.

But the biggest possible boost would be given to the anti-vaxxers' cause if the Government went down the mandatory path, even by default. Such a policy would not only feed all their paranoia about the big state, but would give them a new pretext for martyrdom. In a climate of confrontation, public anxieties would be heightened, making any passport scheme counter-productive.

There are a host of other practical problems. Businesses, battered by Covid, may be reluctant to act as agents of officialdom. A passport scheme might also backfire and encourage reckless or illicit activity.

Underground, passport-free venues will operate in the shadows, while a black market will develop in forged immunity certificates.

Furthermore, from the loss of computer discs to the sale of personal information, the state has an appalling recent record on protecting sensitive data. Nor will the over-stretched police have the resources to crack down on infringements, accelerating contempt for the law — and endangering public health. 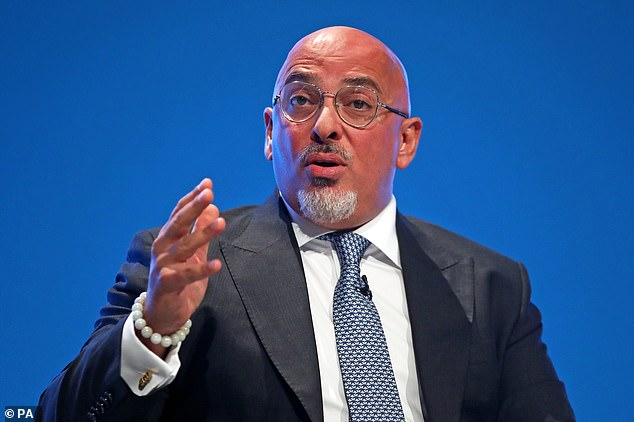 There are also ethical questions. Some people may have legitimate health reasons for having to refuse the jab, yet in a society where immunisation becomes the key to participation, they may be stigmatised, even ostracised.

It would be a catastrophe if we in Britain began to build a social structure based on a bureaucratic evaluation of each individual's health.

Mr Zahawi claimed on Monday that an immunity scheme 'is the way we return the whole country to normal'. But a Britain of identity databases and demands to see papers can never be 'normal'. On the contrary, it will be a deeply sinister, alien place where the flag of freedom will fly low.

Rather than embarking down this road, the Government would do far better to concentrate all its energies on a successful roll-out programme.

That is a daunting enough challenge, requiring vast numbers of volunteers, immunisation centres and supplies of everything from glass vials to syringes and the actual doses.

Against the backdrop of PPE and testing fiascos, the Government's record on logistics is hardly impressive. Ministers had better get it right this time, and that means they should avoid dreaming up grim fantasies about state bullying.

Earlier this week, Boris Johnson described the hope generated by the vaccines.

'The armies of science are coming to our aid,' he said, 'with all the morale-boosting, bugle-blasting excitement of Wellington's Prussian allies coming through the woods on the afternoon of Waterloo.'

Let us hope that we do not end up with another Teutonic import: the feared secret police of socialist East Germany, known as the Stasi, demanding to see our papers.