A couple renovating their home were stunned to find a sweet tin with a bricklayer's note inside buried in the walls from almost 70 years ago.

Karl Church and his partner Eve Jones from Kingsthorpe, Northampton, are now trying to track down the author's descendants.

The note, written by a John Rainbow in 1953, was discovered by Mr Church, 49, after he decided to install patio doors in their home on Yelvertoft Road.Found lodged in the wall of his bungalow during the renovation, the note said: 'Bricklayer rate 3/6 ½. February 17 1953. J. Rainbow, 122 Kingsland Avenue, age 50.'

Ms Jones, 48, said: 'My boyfriend was having the back window knocked out in one of the downstairs rooms. 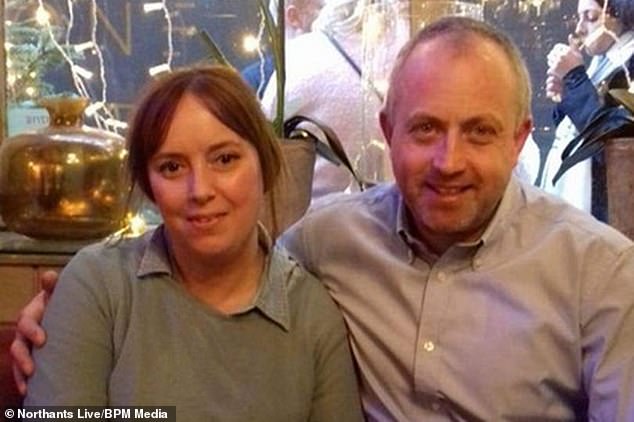 Karl Church and his partner Eve Jones (pictured together) from Kingsthorpe, Northampton, are now trying to track down the author's descendants

'When that was being done they found this tin in the wall with the note in.

'He was thinking should he go knock on 122 Kingsland Avenue but the chance of the descendants being in that house are minimal really.

'It was put it in a drawer and forgotten about it but he got it out the other day and decided to find the original descendants of Mr Rainbow.'

Members of a local history group quickly worked out that this was a John W Rainbow who was alive from 1902 to 1993. 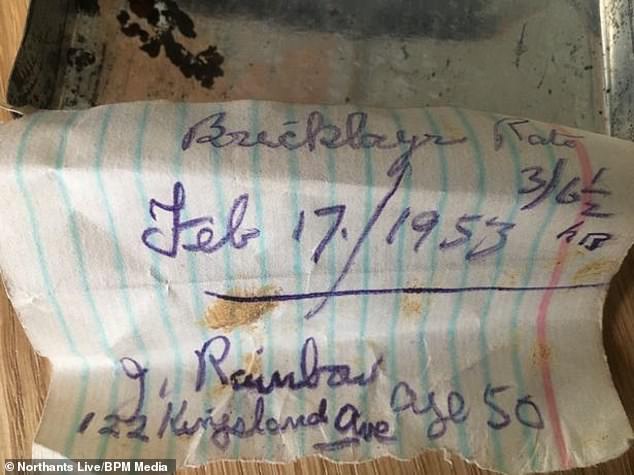 The note (pictured), written by a John Rainbow in 1953, was discovered by Mr Church, 49, after he decided to install patio doors in their home on Yelvertoft Road

The couple are also believed to have had a number of grandchildren born in the 1950s and 1960s.

Ms Jones said: 'It seemed that they were living in Birchfield Road in Abington where, strangely enough, I grew up.

'John William Rainbow was born in 1902 which tallies with the date because, on the note, it said he was 50 years old and it was written in 1953.

'He seems to have had two children but no sons. He worked for London, Midland and Scottish Railway company and was a bricklayer employed by them.' 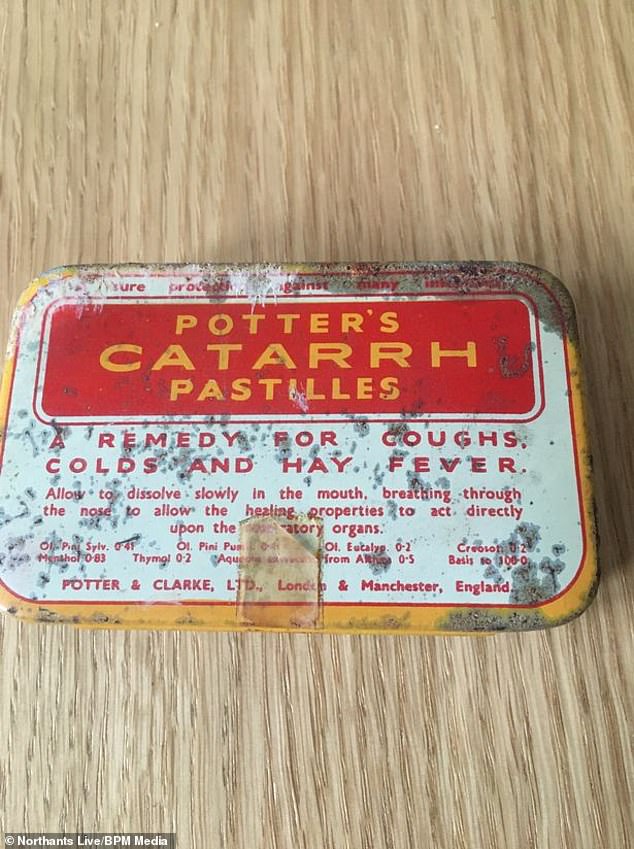 One person found a newspaper clipping showing that Mr Rainbow won more than £2,000 on the football pools after his daughter Iris filled out the slip for him.

According to the article, Iris's fiance, Wally Mills, would 'give her a kiss every time she checked a box' and the family ended up winning the prize.

Ms Jones added: 'I don't like posting in groups. I put it on and thought: 'Oh god it's just gonna get ignored'.

'If it was getting embarrassing I would have just taken it down but then I spent all day yesterday doing admin on it after the responses.

'There do seem to be quite a few Rainbows around Northamptonshire.

'It's strange how we seem to have pinpointed the guy but nobody's come forward yet to say he was a relative.'