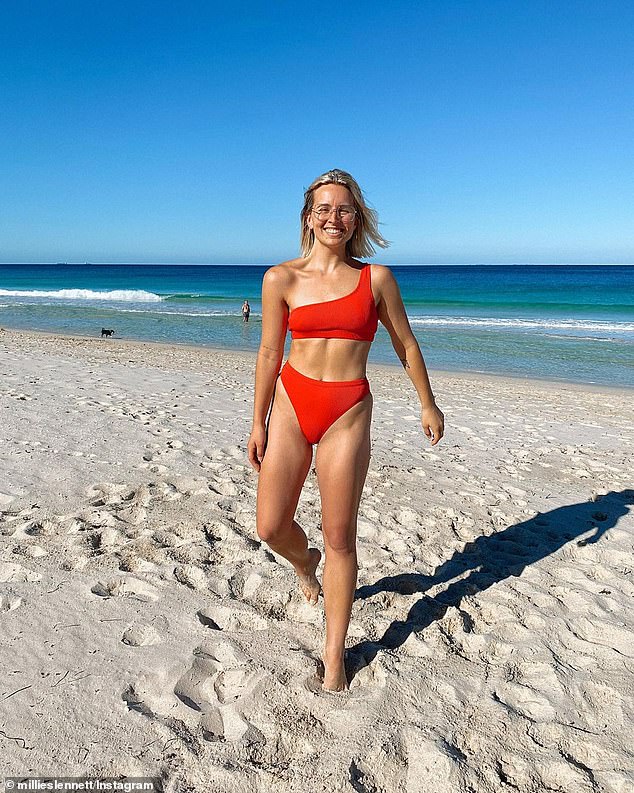 Millie Slennett, from Sydney, was filmed trying to recreate the iconic Dirty Dancing lift with her boyfriend Conner Justin at a family lunch on Christmas Day

'It all just went so quickly. When we were at the top, it felt like we were holding it for hours. I had my feet pointed, legs stretched. I thought we'd nailed it,' Ms Slennett told The Sun.

'I kept trying to lift my legs higher and then they got above my head. It went from fine to not fine within like 0.3 seconds. I didn't have time to realise I was falling until I hit the floor.'

Ms Slennett's sister Rosie, 19, stopped filming and rushed to help her and check if she still had feeling in her limbs.

The 25-year-old, who was struggling to breathe comfortably, said it felt like she had broken all the ribs down her left side.

Ms Slennett was rushed to hospital, where doctors were in disbelief she could still walk

'But 10 or 15 minutes after, the pain wasn't getting better so we called an ambulance, and at the hospital I could hear all the doctors walking around asking each other if they'd seen the video,' she said.

Ms Slennett was rushed to hospital in an ambulance, where doctors were in disbelief she could still walk.

They closely watched the graphic footage of the fall to determine what parts of Ms Slennett's neck and spine was likely to have been injured.

Ms Slennett admitted she was 'lucky to be alive' and discouraged others from attempting the classic dance move out of water and under the influence of alcohol. 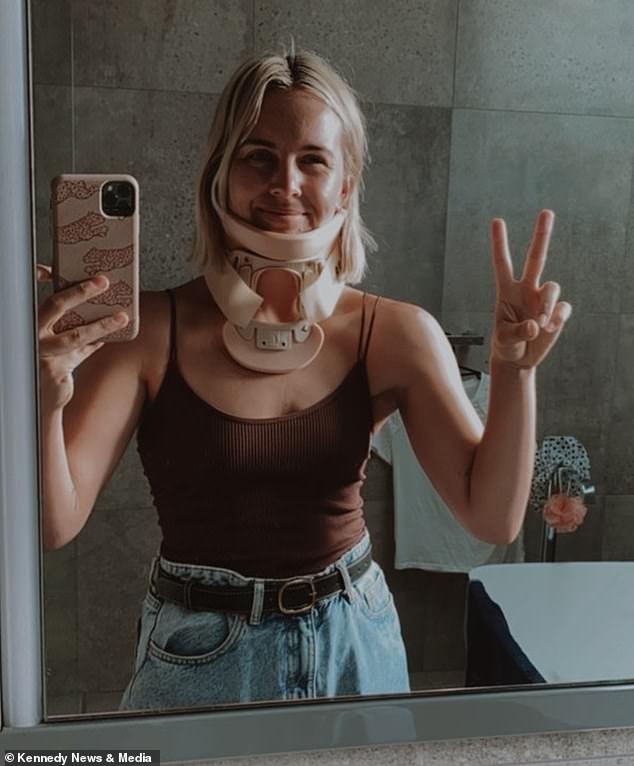 She took to Instagram to update friends and family on her recovery, and shared a photo of herself donning a neck brace 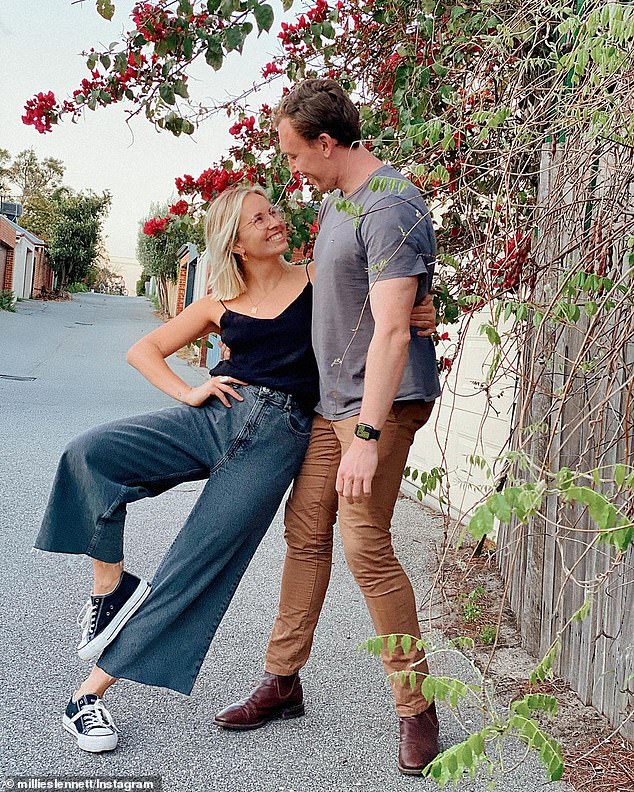 The part-time dance teacher said she was in pain the day after the accident, but luckily escaped with just bruising.

She took to Instagram to update friends and family on her recovery, and shared a photo of herself donning a neck brace.

'Disclaimer - I'm fine, just very stiff and sore. #DancingGirlFail. Had to call an ambulance, spent five hours in ED with a neck brace, had a CT and got away with just some bad bruising,' she said.

Ms Slennett is 'overwhelmed' with how many messages she has received from friends and strangers telling her how lucky she is to still be able to walk.

She said her father, who witnessed the accident, is 'pretty traumatised' and has been left with night terrors ever since. 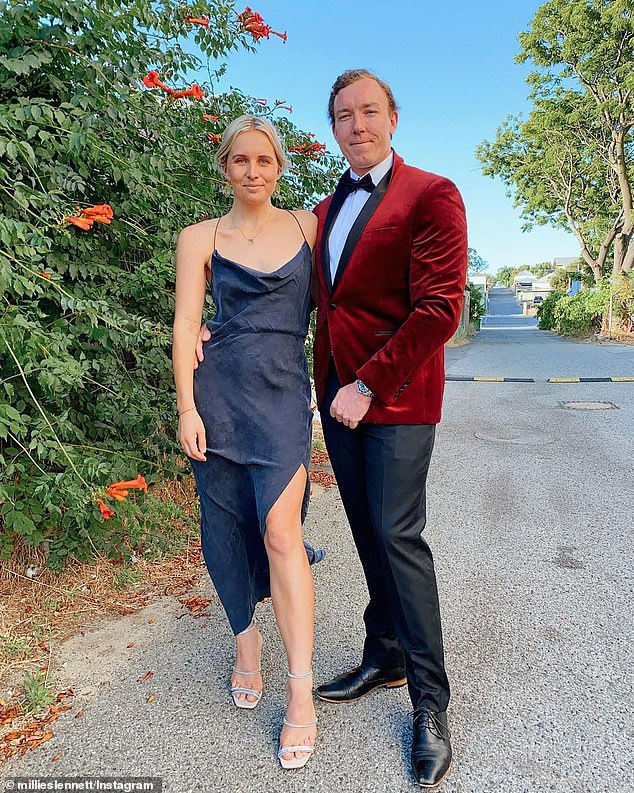 Ms Slennett is 'overwhelmed' by how many messages she has received from friends and strangers telling her how lucky she is to still be able to walk. Pictured with her boyfriend Conner

Email ThisBlogThis!Share to TwitterShare to FacebookShare to Pinterest
Labels: New