Our lockdown SEX stories! Couples reveal how Covid has changed their bedroom habits - from swingers who miss sleeping with others to a husband who's found a woman on the side

While some couples are having more sex than ever during lockdown thanks to having more time together, others have seen the spark fizzle out completely.

Couples from around the world have revealed the impact the Covid-19 pandemic has had on their sex lives in anonymous posts on confessions website Whisper.

Among the most candid revelations include one man who admitted he can't stand to even sleep in the same bed as his wife anymore because they are so sick of each other.

Meanwhile couples who are used to swinging say they miss having sex with other people.

Here, FEMAIL takes a look at a selection of the best confessions... 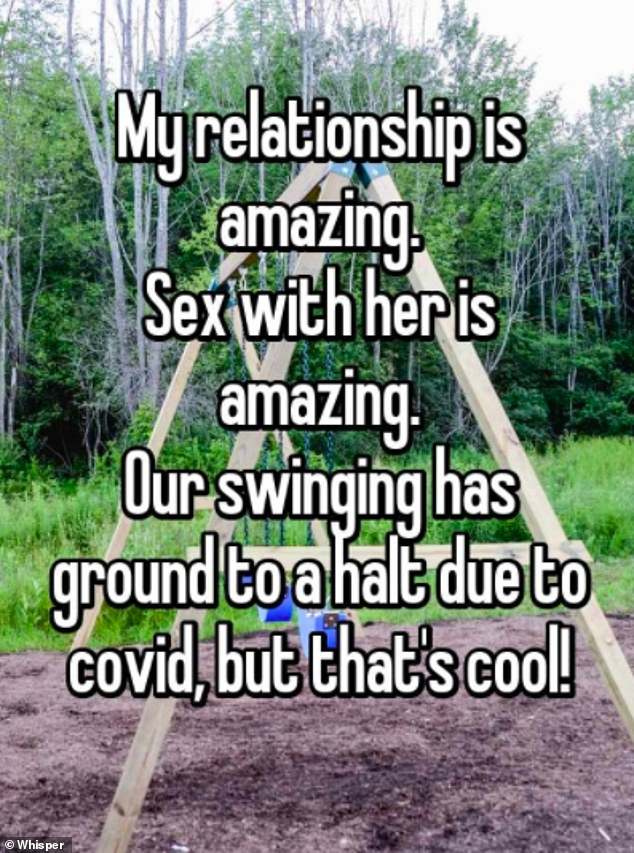 Lucky them! A pair of swingers are enjoying more lockdown sex, even though they had to curb their swinging habits due to Covid-19 restrictions

Keeping busy: This badly-behaved husband from El Joy Plaza, Utah, told how he was having more sex during lockdown because he is cheating on his wife 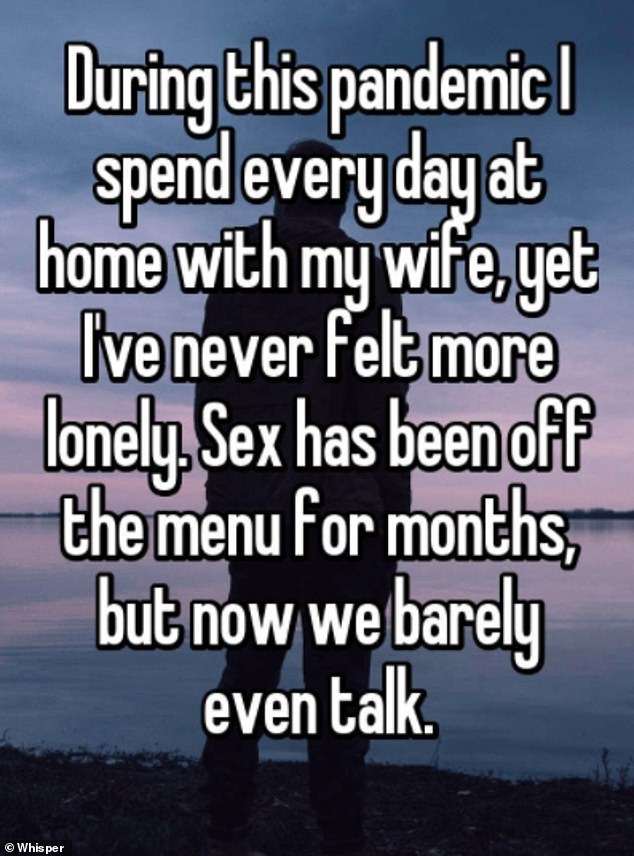 Lonely at home: One husband from Washington said despite spending every day at home with his wife he feels lonely and that sex is 'off the menu' 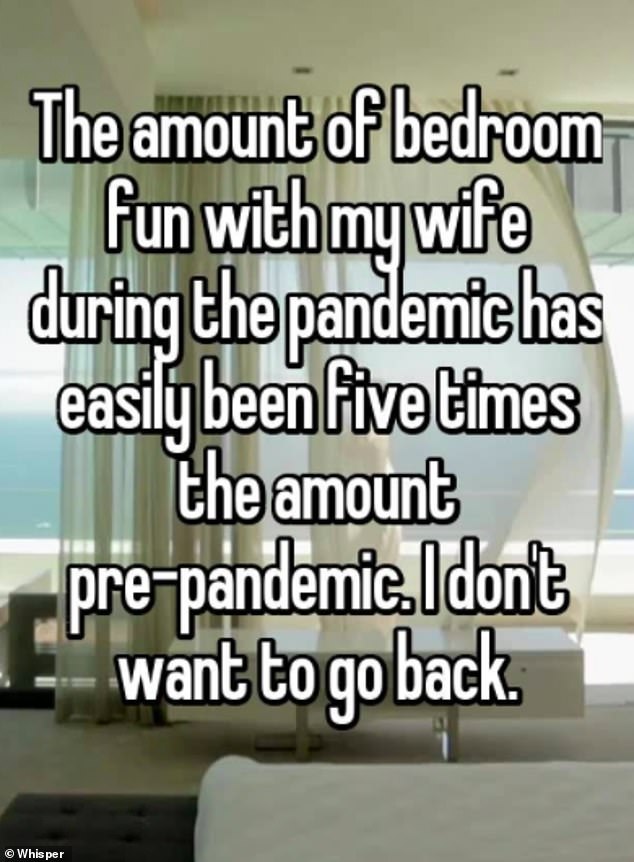 Turning up the heat! A couple whose location is unknown, said that they have been enjoying more time together and now have five times more sex than before the pandemic 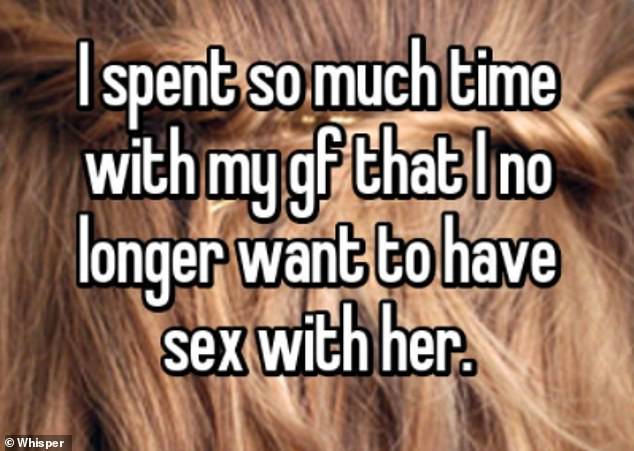 Lost the spark: This very honest boyfriend said that he had spent so much time with his girlfriend in lockdown that he no longer wanted to have sex with her

Pared down passion: This couple revealed how they were having more sex during lockdown but less overall as they are swingers 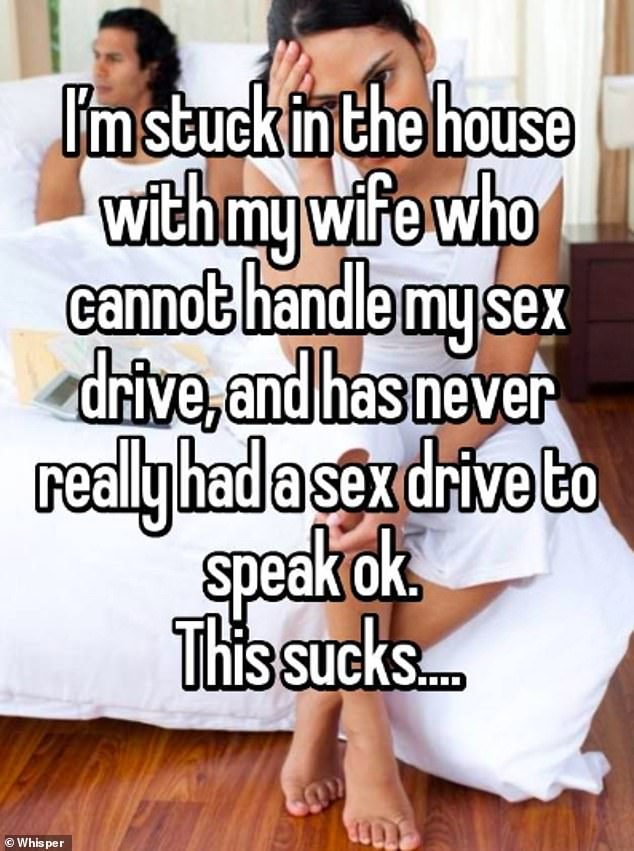 Desperate for more: This frustrated husband from Chicago, Illinois, told how he was stuck in the house with his wife who can't handle his sex drive 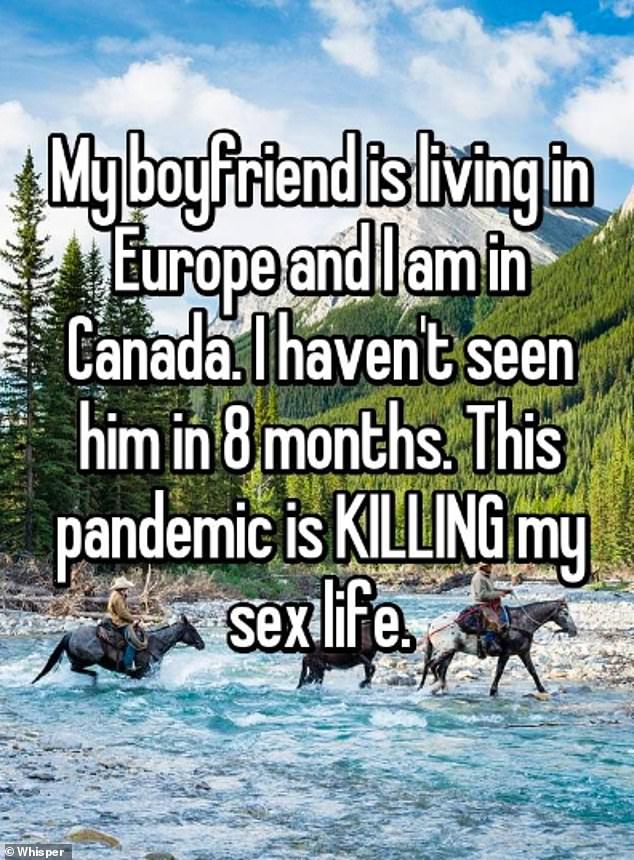 Long distance woes: This woman told how her boyfriend is living in Europe while she is in Canada and because they haven't been able to see each other they have no sex life at all 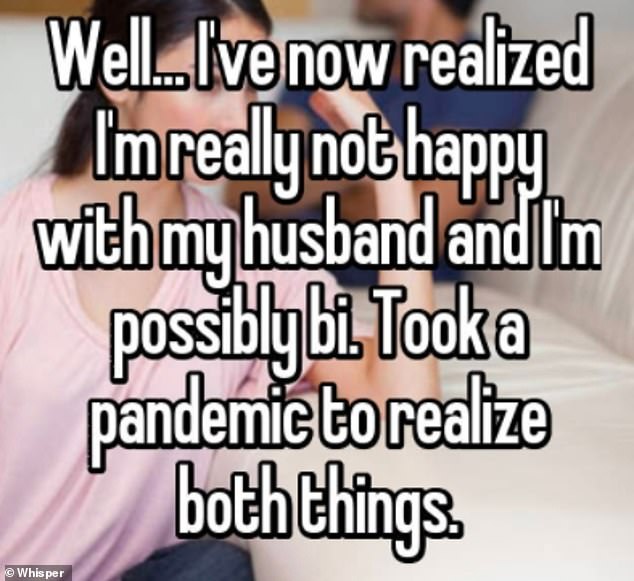 Turning point: This woman, from an unknown location, revealed that she isn't happy with her husband at all and has realized during the pandemic that she might be bisexual 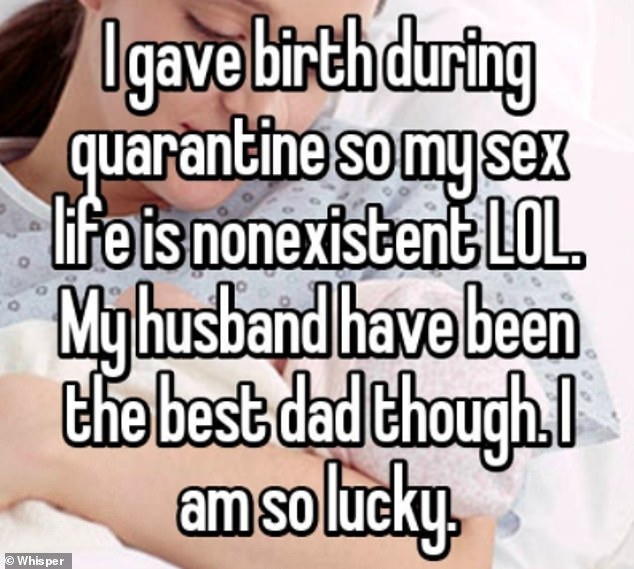 New parent bliss: One new mother told how she gave birth to her son during quarantine so her sex life has become non existent

Same same: One person even admitted that they weren't having much sex before the pandemic anyway and so hadn't noticed much of a change